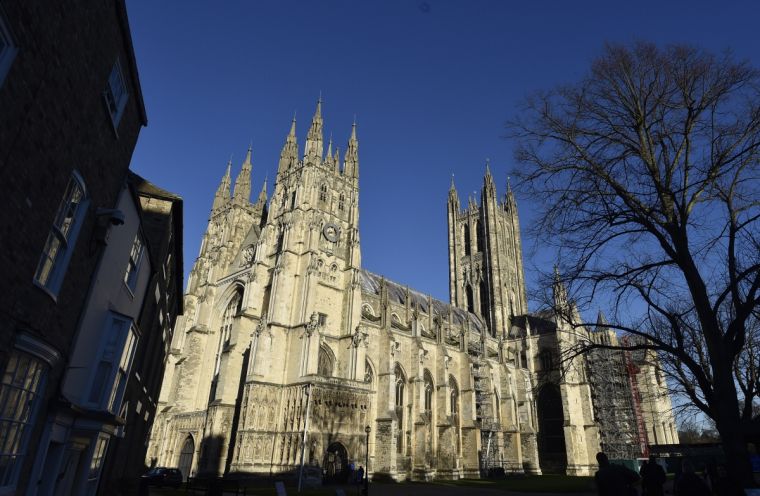 Canterbury Cathedral, which will host a special service to celebrate 300 years of freemasonry after receiving a donation of £300,000.Reuters

Canterbury Cathedral is hosting a service to “celebrate” 300 years of Freemasonry after receiving a donation from the Masons of £300,000.

The Duke of Kent, who is the Grand Master of the Freemasons, will be among those attending the special service of thanksgiving on 18 February.

The service next Saturday lunch time will last more than three hours during which the Cathedral is expected to be full of Freemasons.

The service comes after freemasons in Kent, Sussex and Surrey sought to raise £200,000 for the Cathedral in an appeal which ended on 31 December.

In fact, the appeal, in aid of the restoration of the North-West Transeptin the Cathedral, raised £300,000.

The Duke of Kent, who is also a patron of the Canterbury Cathedral Trust, will be the guest of Very Revd Dr Robert Willis, the Dean of Canterbury, who will be taking the service.

Also in attendance will be the heads of Freemasonry in Kent, Surrey and Sussex.

The Cathedral was also open about this in an “invitation on behalf of the Masonic Province of East Kent”, which states: “Freemasonry has been pleased to support Canterbury Cathedral for many years, helping to fund essential repairs to the building, and the training of a number of apprentice stonemasons. To mark this three hundred year celebration, a major donation of £300, 000 has been made jointly by the Freemasons of Sussex, Surrey and Kent, to support the restoration of the Cathedral’s North West Transept. Three hundred thousand, to mark three hundred years.”

The Cathedral added that a “capacity attendance is anticipated”.

The Masonic Province of East Kent has more than six thousand Freemasons and 184 lodges.