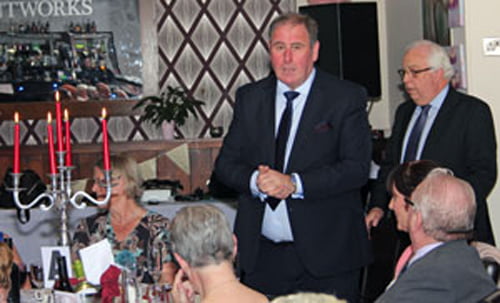 Masons, family and friends came together recently to celebrate the 50th anniversary of Ormskirk Masonic Hall. The iconic building right in the heart of the town has been owned by various companies since it was built. In 1851 it was in the ownership of Thomas Hutton Ltd (Ormskirk Advertiser Proprietors) and much later the Ormskirk Hemming Company to name a couple. For the past half century it has been the principle home of Freemasonry in Ormskirk.

From those first meetings held in the Golden Lion Inn, a succession of meeting places in Ormskirk were used throughout the years, notably the Ship Inn, the Talbot Inn, the Swan Inn and finally the Wheatsheaf Inn. Town development brought about the closure of the Wheatsheaf and many others and so the present premises in Park Road were purchased, adapted and furnished as the Masonic Hall.

Frank Umbers (centre) welcomes everyone with Malcolm Alexander in the background.

The building consists of dining, kitchen and bar facilities on the ground floor and on the first floor there is a bar and lounge, committee rooms, and the Masonic temple. Over the years the ground floor has been open to the public under various names: Park Hall Restaurant, The Old Print Works and now under the very successful guise of O’Brien’s Tea Rooms. Gary has very successfully raised the profile of the hall by promoting and also encouraging private functions throughout the building, bringing in much needed revenue to the hall.

Malcolm Alexander, Ormskirk Group Secretary, acted as master of ceremonies for the evening and his first duty was to introduce Ormskirk and Bootle Group Chairman Frank Umbers. Frank said: “On behalf of the Ormskirk Group and the Ormskirk Masonic Hall Chairman Peter Smith, and his executive committee, I would like to extend a very warm welcome to you all this evening and to say a massive big thank you for coming along to support this event. This evening’s dinner has been organised for two special reasons; firstly, the end of season get-together, for everyone to relax and enjoy themselves and secondly, to coincide with the golden jubilee of the Ormskirk Masonic Hall being established here in this building.” 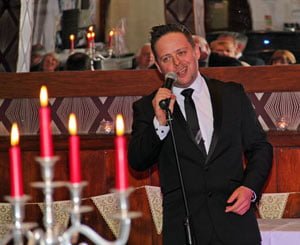 The guests then stood for grace given by Barry Hewitt, Ormskirk Group Publicity Officer; they then enjoyed a three course dinner, of trio of melon with mixed berry coulis, followed by mozzarella stuffed chicken served with seasonal vegetables and for dessert profiteroles with chocolate sauce, with freshly brewed coffee and chocolate truffles to finish.

With everyone suitably refreshed the evening’s entertainment was in the very capable hands of vocalist Finbarr Smith. This talented young man soon had guests up on their feet dancing the night away to his dulcet tones.

During a short break in the evening’s entertainment and following the raffle, Frank announced that the celebration had raised the magnificent amount of £691 towards Masonic charities and refurbishment of the hall; for which he thanked everyone for their generosity and support.

Finbarr took up the microphone once again to everyone’s delight and soon the dance floor and hall was vibrating to the energetic rhythms of happy revellers.

The closing remarks must go to Frank who took great pride in thanking the hall committee for their continued dedication. To Gary and his staff for the excellent meal and service; and to Stewart Cranage for organising the splendid evening; with a special mention of John Mercer of Lathom Abbey Lodge No 6286 who in Frank’s opinion scored a 10 for his dancing prowess, with David Sullivan, Bootle Group Treasurer and Ray Barrow, Bootle Group Secretary, coming second and third respectively. 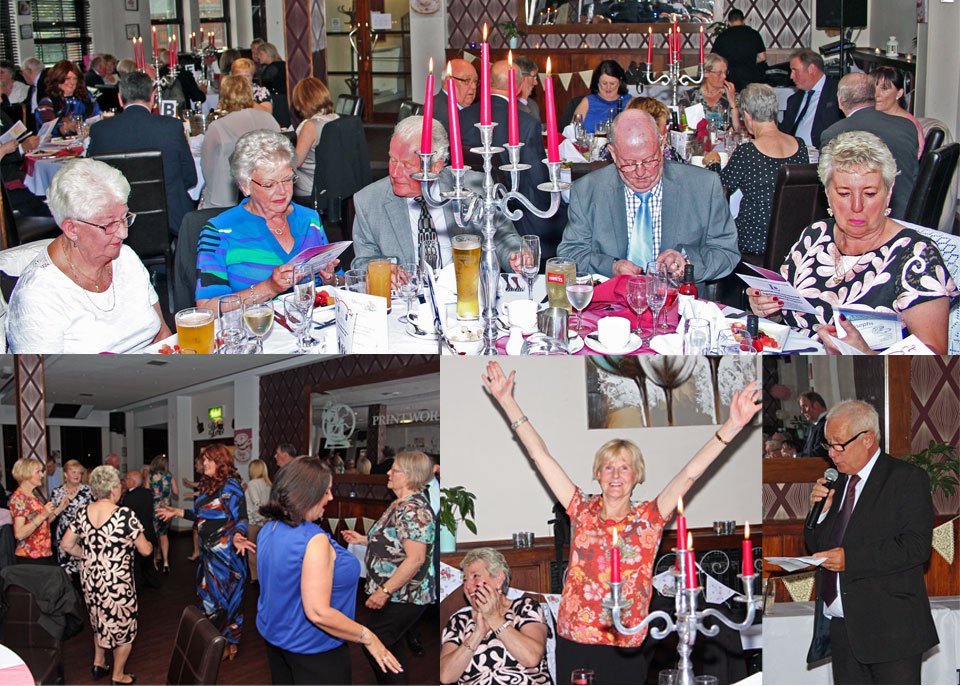