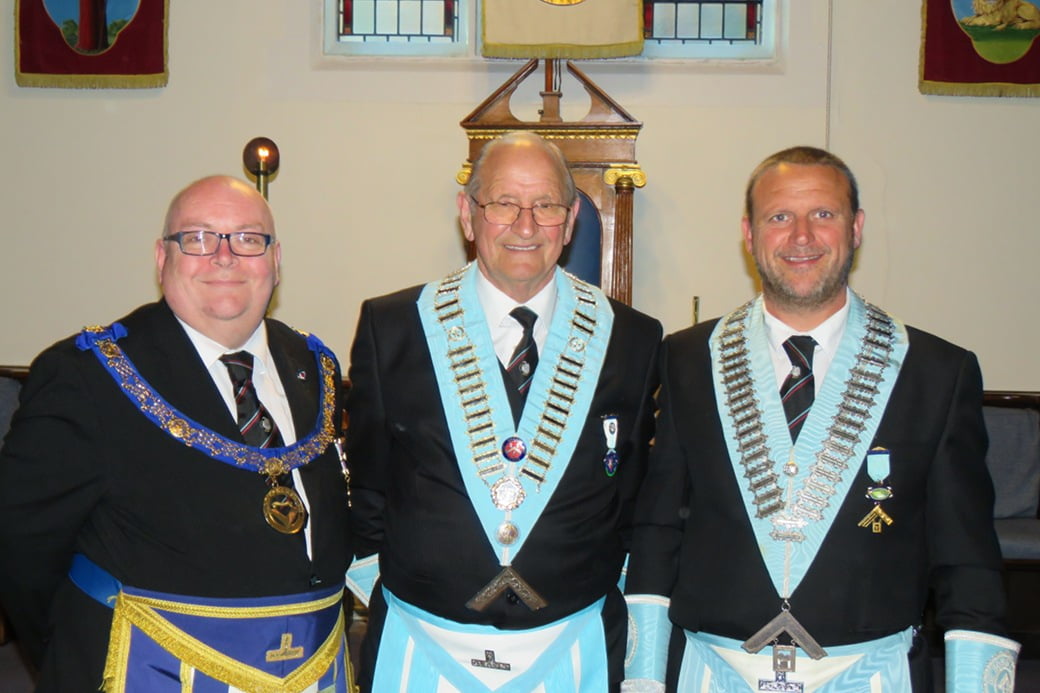 De Bohun Lodge 8175, which meets in Aylesbury, held an unusual Installation evening recently, when the Master Neil (Nobby) Hubble had the immense pleasure of installing his father, John, into the Chair of King Solomon.

During a most emotional evening, Nobby performed the Installation with feeling and integrity, as his father, known affectionately throughout the ceremony as ‘Brother Dad’, was installed as the 51st Master of the Lodge.

At the meal afterwards attended by well in excess of 50 members and guests, John was congratulated by the Assistant Provincial Grand Master, Graham Dearing, on his achievement. Graham also said that as a former Visiting Officer to the Lodge, he well remembered John’s initiation in 2007 and the comment John made at the time, that he was far too old to consider advancing to the Master’s Chair.

The picture shows John as the newly installed master with APGM Graham Dearing on the left and his son Nobby, the Installing Master, on the right.