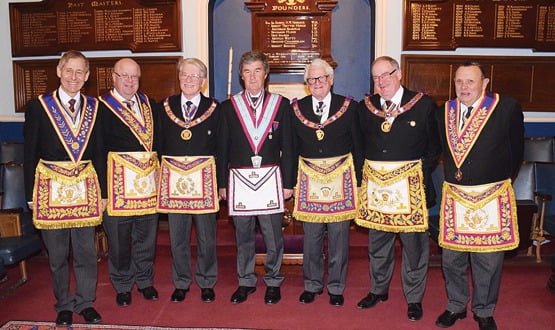 A NEW worshipful master of the Thames Lodge masons, based in Henley, was installed at a special ceremony.

David Cummin, 64, from Reading, took up the post at a ceremony on April 29 attended by 41 members and guests at the Reading Road lodge of Mark Master Masons.

Brother Cummin, a former headteacher of St Edward’s Prep School in Reading, will hold the post for one year.

A grand lodge certificate was presented to brother Melvyn Williams by right worshipful brother James Hilditch, who is also currently provincial grand master of the craft in Oxfordshire.

The meeting was followed by a Festive Board in the Thames suite of the Masonic Centre.