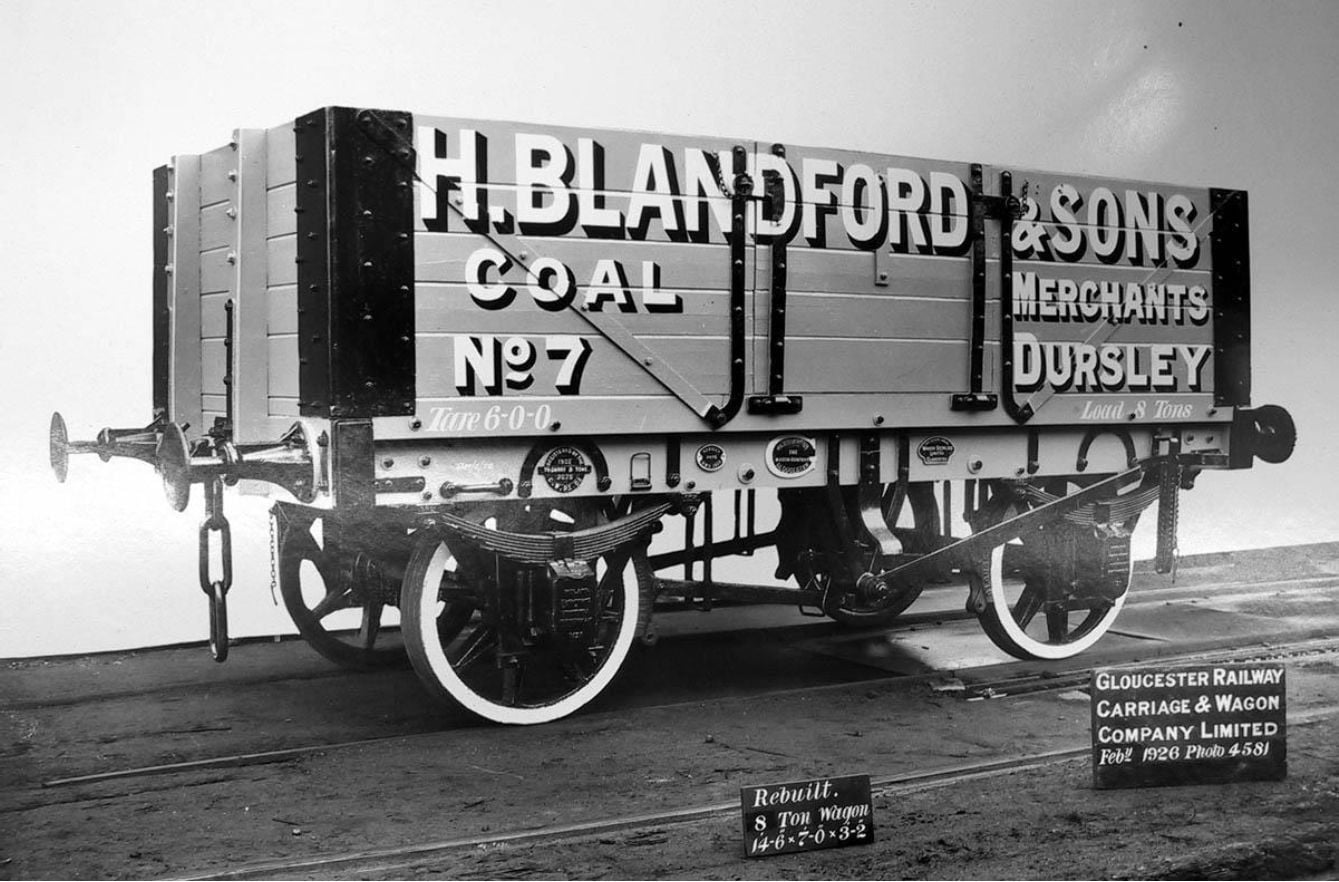 Bro Blandford was born in 1841 and joined St John’s Lodge when he was just 22; the lodge then being only in its fifth year. He died at the age of 66, but left behind a metal case in which he, and later his son, kept their masonic possessions.

Robin, who is one of St John’s Lodge’s Past Masters, has always been fascinated by masonic memorabilia and he has in his possession the original St John’s Lodge banner, made for the 1859 consecration. He was naturally overjoyed when Bro Blandford’s great-grandson gave the metal case and its contents to the lodge. In it he found aprons of high quality and Royal Arch and Rose Croix memorabilia.

“I have also discovered something of a strange coincidence concerning Brother Henry and myself,” said Robin.

Coal merchants “I found that Henry’s son, Ryland Harris Blandford, was also a lodge member,” continued Robin. “Also, that he took over his father’s business as a coal merchant. H Blandford & Sons used to haul coal to the famous Lister factory in Dursley.

“Blandford’s 5-planker trucks, Nos 2, 4, 6 and 7, were built by Gloucester Railway Carriage & Wagon Company in 1884. They had metal buffers at one end and square wooden dumb buffers at the other. Wagon 4 could carry a 6 ton load while Wagon 7 offered a load of 8 tons. The wagon depicted here in model form was actually a 1926 rebuild of a vehicle first registered by the Great Western Railway in 1902

“Ryland took over the business on the death of his father and remained in charge until enlisting in 1914, when his brother George took control. Ryland died in 1931 and George and another brother, Charles, then ran the company, moving from Hill Road to Silver Street in Dursley.

One of the finds in the case related to a lodge event taking place at the Old Bell Hotel in 6th October 1892. The master was W Bro W Phelps.

The donor of the case was Tim Blandford of Vassar-Smith Lodge in Lydney. “Henry was my great grandfather,” he said. “He had no less than ten children. One of them was Gilbert Henry (b 1875). At the age of 22, Gilbert moved to Chepstow, the story being that he had seen plans of a proposed Severn Bridge and imagined his new home would quickly become a boom-town. It would be seventy years more before the bridge was built but the butchers shop he opened became very successful. He was my grandfather, which is how I ended up this side of the Severn. We now have a family-run wholesale meat business.

“Most of the family were masons and I recall Charles, who had been the coal merchant in Dursley, coming to a meeting in Chepstow where my father was in the chair. I would have been 16 at the time.”

As a result of this story and the old connection with Dursley being rekindled, Tim is arranging a visit over to St John’s where Robin will be pleased to host him.