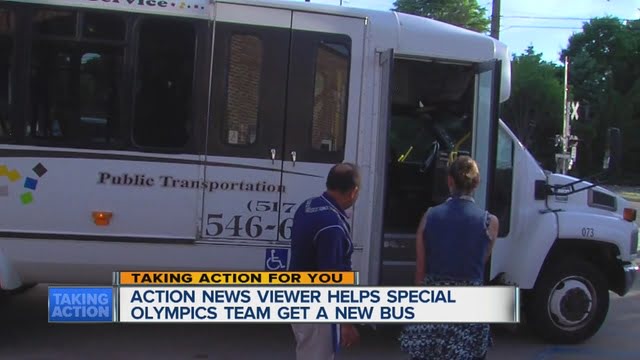 A bus that takes young athletes from the Livingston County Special Olympics to and from games took its last ride back in March.

It broke down, leaving players and their coach scrambling for rides.

It’s a story was reported in April. For months, it was a challenge for them to get around. Now, they don’t have to worry about that anymore.

Nineteen-year old Tina Heximer is overwhelmed with joy – her Special Olympics Livingston County team has a bus again. The battle for a new bus began in March after this one broke down. Tina, who has autism reached out to us right away for help.

After our story aired, members of Brighton Masonic Lodge answered the call for help. And on this day, Tina, her teammates and loved ones were invited to Brighton.

As Tina got a tour of the bus, which is wheelchair accessible, she can’t help but get choked up, again.

We’ve also learned Ford in Brighten will be helping out the Special Olympics team too – by putting in some time and money into the bus to make sure it gives the smoothest ride.