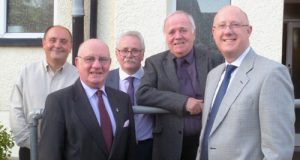 Barrow-in-Furness Masonic Hall was the venue for the distribution of the funds raised at the annual boxing evening which had been held at the Grange Hotel by the Furness and South Lakeland Freemasons. Assistant Provincial Grand Master David Grainger was the special guest.

Group chairman Peter Schofield commented: “This money is targeted at local charities, those that might otherwise get overlooked. The donations range from £200 to £600 and to some of the smaller concerns this will prove a significant boost to their income. I am proud of the support that the local Masons are giving to their community.” 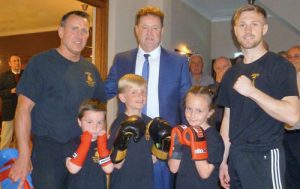 Pictured from left to right, are: Jeff Moses, Peter Schofield and Ross Cooksey with three of the junior members of Barrow A B C.

Barrow Amateur Boxing Club, Furness Catholic Boxing Club and Kendal A B C, who regularly have fighters on the card, each received a donation. Jeff Moses of Barrow A B C introduced three of his junior members who were very well received when they gave a small demonstration of their skills.

Ross Cooksey, an elite class boxer who has head-lined the Grange tournament then took his turn throwing punches at the sparring gloves held by Jeff. The speed and power of his punches caused some gasps of amazement from those who had never seen him in action before. It is safe to say that the only faster hands on the night were those of group charity steward Richard Wilcock as he relieved the attendees of their money for raffle tickets!

Paul Rose who runs the Owl Sanctuary brought three of his birds along. They attracted the attention of all the onlookers and gave Paul a ready audience when he explained the serious side of the work he does with his feathered friends.

Members of the Xenolith Scout Group from Ulverston were amongst the other recipients and they explained that they will use their donation to purchase rucksacks for use on expeditions.

Barbara Crellin was on hand to receive a cheque on behalf of Furness Carers from boxing chairman Gary Rogerson. The money will go towards providing badly needed respite care for carers.

Other causes to benefit were varied in nature and included Radio Lonsdale, Dalton Community Association and Cumbria Deaf/Vision. The Salvation Army were represented by David Dryden who commented: “We are grateful for the donation and in keeping with the aims of the boxing committee this money will be used locally.”

In addition to the donations made to the good causes, cheques were presented to representatives of each of the Masonic halls in the area to assist in their maintenance.

Following the presentation, the representatives of the charities and the Freemasons present were able to socialise and find out more about what each other do over an excellent buffet and a glass of wine.

Arrangements are already well in hand for the 2017 boxing evening. 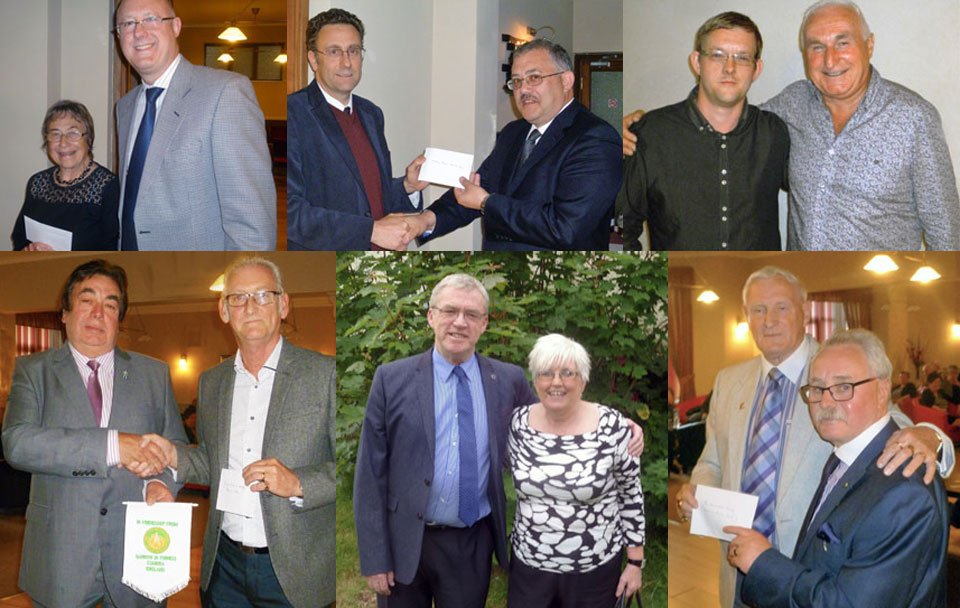