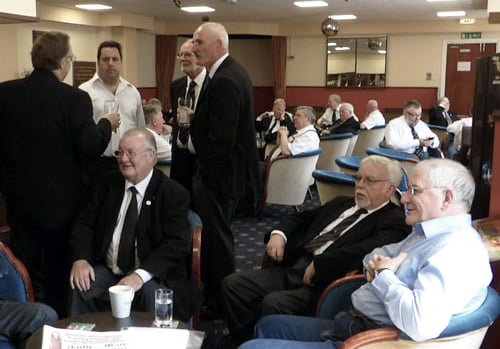 From the early hours of the morning, dedicated Masons were diligently rehearsing their roles in preparation for the spectacular pageantry that was about to unfold in the Winter Gardens, Blackpool. Under the watchful and scrutinising eyes of the Provincial Grand Director of Ceremonies Keith Kemp and his deputies, the Masons marched hither and thither in their quest for perfection. Smart, perfectly synchronised, acting as a single unit; they were determined to achieve exactness.

A steady stream of customers visited the Masonic Hall in Adelaide Street.

To the majority of them, it was the zenith of a year’s experience as an acting Provincial grand officer, a year in which they had supported the Provincial Grand Master and his assistants and representatives on as many occasions as their busy schedules would permit. But the day had arrived in which they were about to surrender their positions for others to bear with equal pride during the ensuing year. Their final show was going to be impeccable. That was clearly evident. 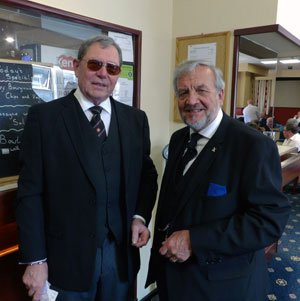 First appointments were made to John Baybutt of Blackpool Lodge of Fellowship No 7692 (PPrSGD), Peter Green of St John’s Lodge (PPrSGD), Leonard Jolley of North Shore Lodge No 7916 (PPrJGD), Graham Forsdyke of Great Marton Lodge No 3985 (PPrAGDC) and John Singleton of Blackpool Lodge No 1476 (PPrAGSuptWks).

Understandably, the category that included the greatest number was that of promotions in the Craft, with many well-known and recognisable Masons amongst them. They included Philip Alderson of Blackpool Lodge of Integrity, William Farrington of Ashlar Lodge No 5154, Roger Fish of Clifton Lodge No 703 and John Forster of St John’s Lodge, all of whom received the very high rank of Past Provincial Grand Sword Bearer. 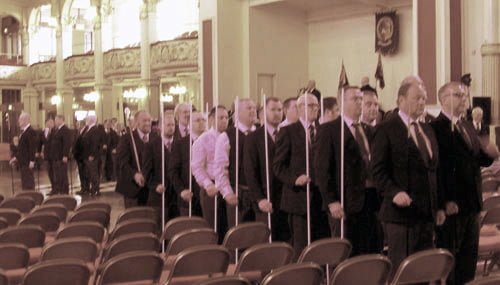 Activities on the day were not confined to the Winter Gardens complex however. During the day, droves of cheery Masons meandered into the lounge bar at the Masonic Hall in Adelaide Street to be keenly attended to by Mel and Sarah, the club stewards. It is Mel’s and Sarah’s mission in life to flit to and fro, furnishing each parched visitor with the glass of their choice. 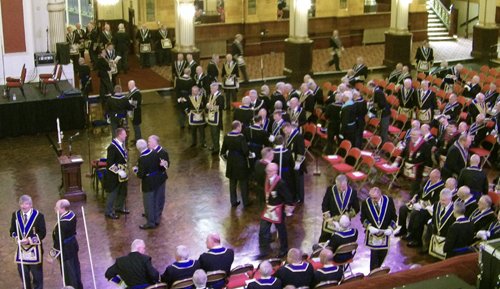 Freemasons start to takes their seats for the meeting.

Dahlia’s Kitchen, the Masonic hall’s caterers were also on hand to provide sustenance, ensuring adequate fuel to those pursuing a hectic day. Bacon, eggs, sausages, toast and marmalades, tea and coffee were much in demand during the morning. More substantial and cultured cuisine was being consumed during lunchtime and into the evening. Parties, who were unable to or did not wish to attend the formal banqueting at the Hilton Hotel, elected to gorge themselves on the delicacies provided by Dahlia’s Kitchen.

There was no lack of attendees at the formal dinner at the Hilton Hotel however. Some 610 Masons filled the two dining suites at the hotel to revel in fine food and a pronounced ambience of camaraderie. The whole day had been a major success.

The day also marked a decisive change in the higher echelons of Blackpool Group officers following the retirement of group chairman Peter Bentham. Moving into the post was his vice chairman John Turpin, with additional changes in the form of David Cook becoming vice chairman and Steve Jelly becoming group secretary. 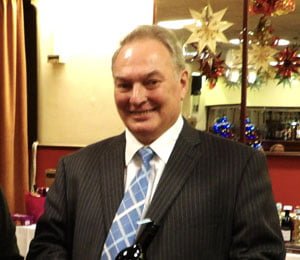 After four years of dedicated service as chairman of the group and five former years as vice chairman, Peter relinquished his position and handed over the reins to his successor John Turpin. Peter is a private person; one of those rare individuals who puts duty before self. Perhaps this trait was moulded from his experience as a manager at British Rail, a responsibility that demanded duty above all else – and attention to detail. Blackpool Masons owe a debt of gratitude to Peter and all wish him the very best during his retirement.

The Provincial Grand Lodge Meeting of 2016 was another significant success and there is little doubt that it will be firmly etched in the minds of those who attended, particularly on the part of those who received their honours. The day fully endorsed the wishes of the Provincial Grand Master Tony Harrison that “above all else, enjoy your Freemasonry.” 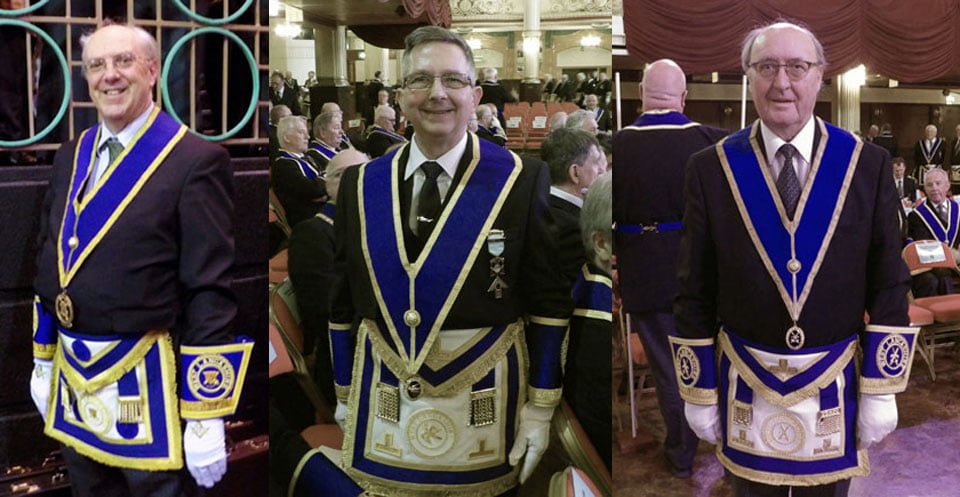 Pictured from left to right, are: Stuart Gay ready to receive his acting rank of PrAGPurs, Len Jolley about to receive his first appointment as PPrJGD and Philip Alderson prepares to be invested with the high rank of PPrGSwdBr.