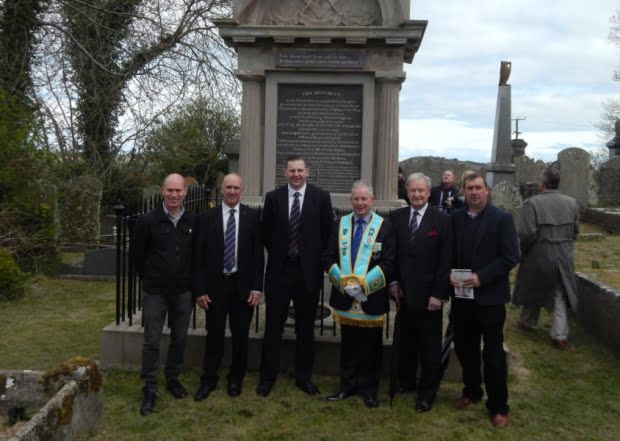 Bi-Centenary of Death of James Orr- The Bard of Ballycarry ( Larne Times ).

On the 200th anniversary of Orr’s death, a gathering at the Templecorran Cemetery monument to the Weaver Poet was heralded by the skirl of the pipes on Sunday afternoon, and several of his poems were read as part of the proceedings. 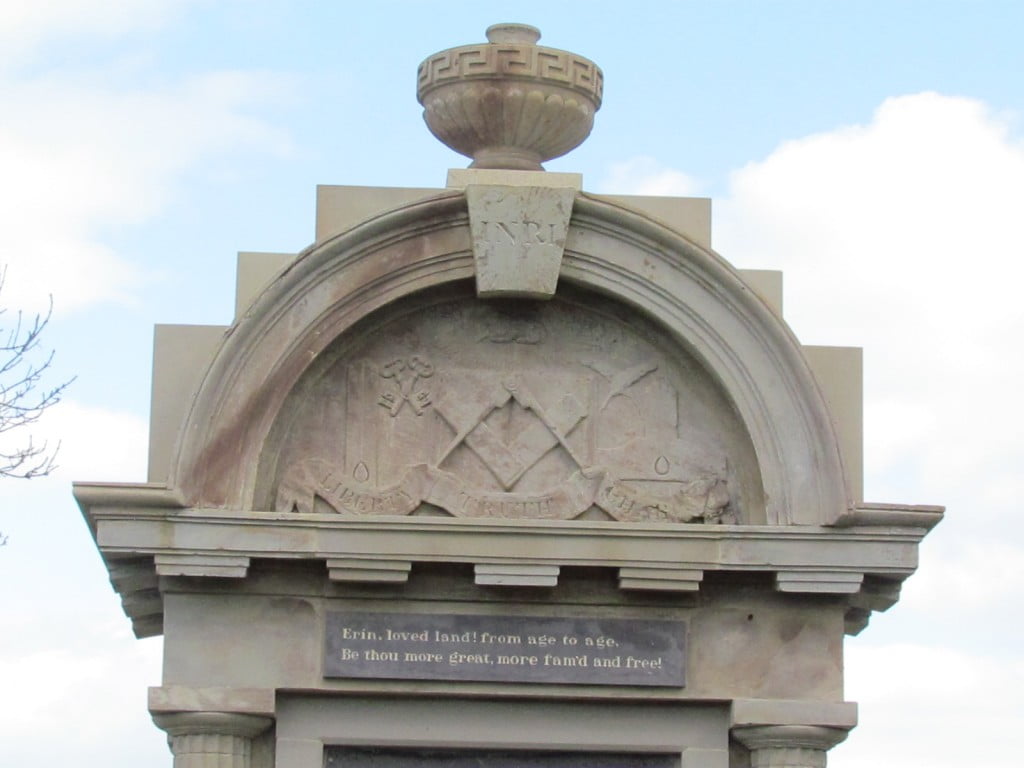 Some of the Masonic Symbolism on the Orr Memorial.

Local historian Dr. David Hume told those present that Orr had been foremost of the Ulster Weaver poets and the Robert Burns of Ulster. He said that the Bard of Ballycarry had been ‘a people’s poet’ who wrote for and about his local community as well as wider themes. 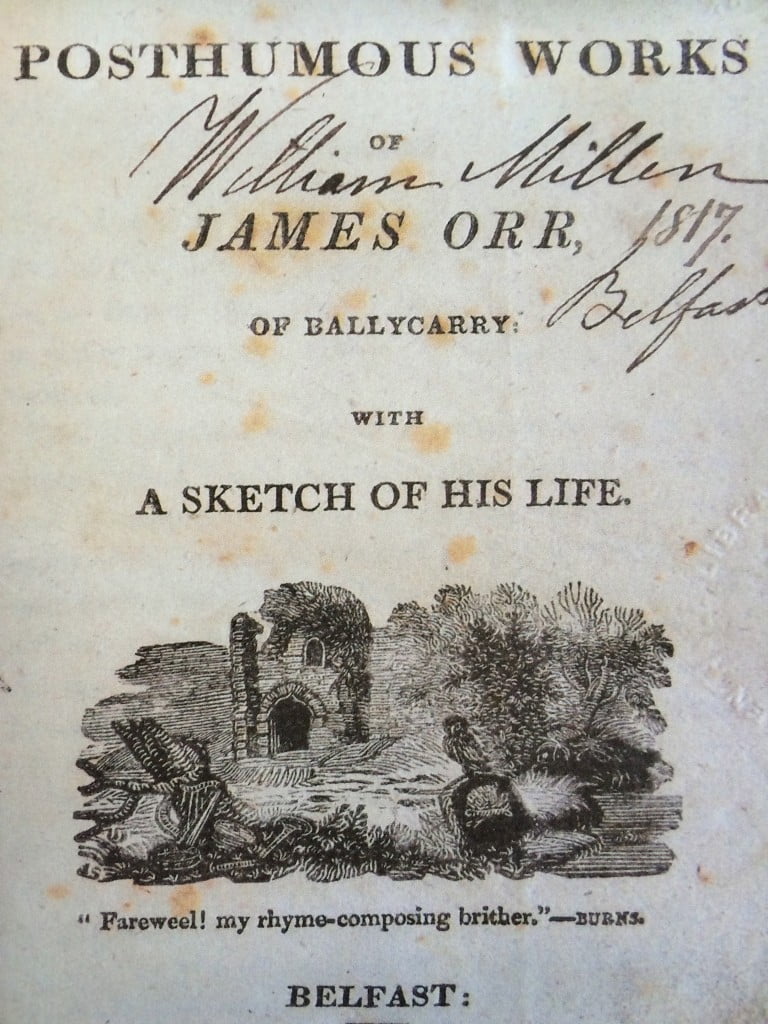 Some of Orr’s Published Poetry.

Poems by Orr were read by Hazel Robertson of Ballycarry Community Association and Billy Thompson, representing the Provincial Grand Lodge of Antrim. The event marked the 200th anniversary of the death of the weaver poet, which took place on April 24, 1816. We are grateful to the Larne Times for recording this event and we will be putting up an article on Orr and his Poetry very shortly. 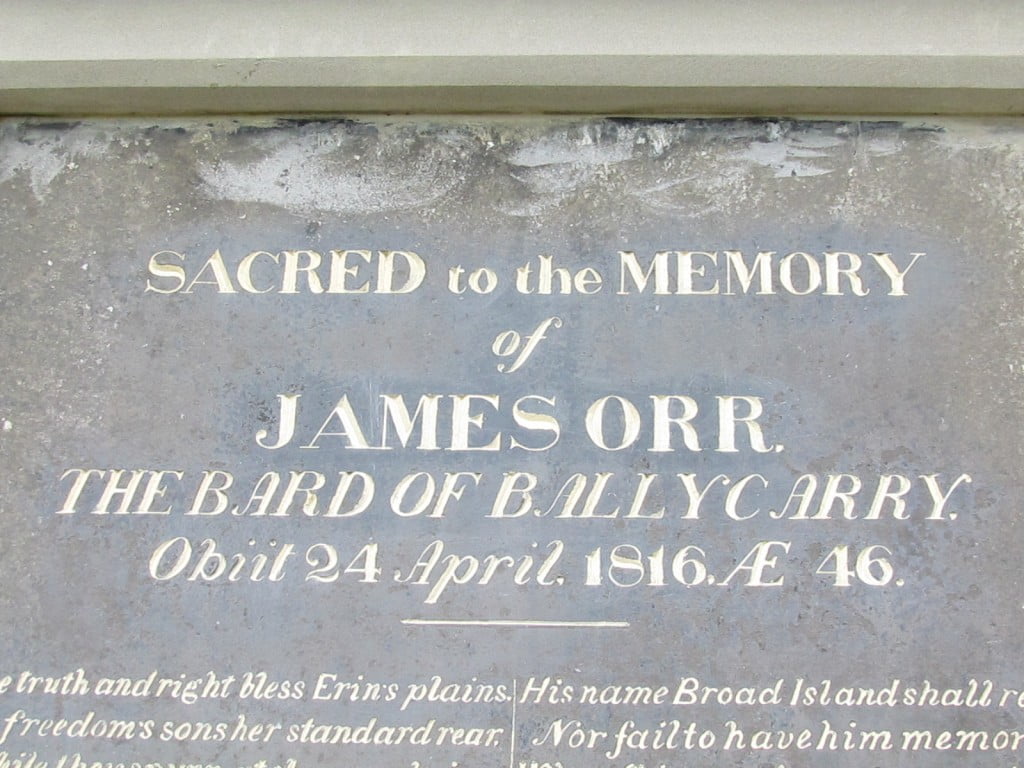 Details from the Orr Memorial.