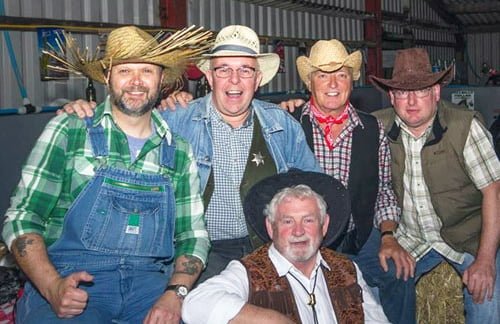 When the master of Baldwin Lodge No 1398 Steve McKellar and his partner Christine were discussing what type of event to hold to mark Steve’s year in office they considered the usual options of a formal dinner/dance or a Sunday lunch.

When in conversation with John Slone, a fellow Biggar Village resident and Baldwin Lodge member, the idea of a barn dance at John’s farm came up. Thoughts became possibilities and those possibilities later became a reality.

It was eventually decided to hold a fund-raising hoedown with any profits being shared between the Alzheimer’s Society and the local branch of Riding for the Disabled, which meets at John’s premises at Piel View Farm.

The weather was not at its best with rain showers a constant threat but that did not deter the eager party goers who filled the freshly cleaned barn. The evening proved a great success and showed a profit of £1,000. There was great support from Steve’s fellow masters in office who entered into the spirit of the occasion by donning cowboy outfits as did many Baldwin Lodge members and the wider public. 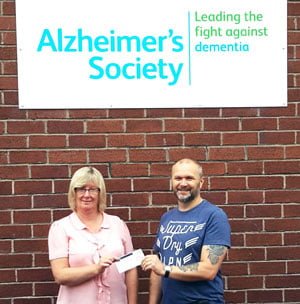 Entertainment for the evening was provided by two bands. First up was The Hairy Buskers who opened up proceedings and got everyone warmed up ready for the appearance of the Holborn Hillbillies who went down a storm.

A mechanical rodeo bull proved popular with the youngsters, and after a certain amount of refreshment, some of those of more mature years. Large numbers of beef burgers were barbequed to quell the hunger pangs and a hog roast provided further tasty nourishment.

Afterwards Steve commented: “The event proved a tremendous success, so much so that we are already planning to do it all again in 2017. The aim is to make it even bigger and better. I am very grateful to John for all his help as well as those Biggar Village residents and riding school patrons who gave their time to get everything ready.”

Riding for the Disabled will benefit from the funds raised to the tune of £500 which will go towards the purchase of a new chair lift to help seat members on the horse’s saddle. The Furness Alzheimer’s Society also received a cheque for £500 which Steve presented to dementia support worker Angela Hampshire. 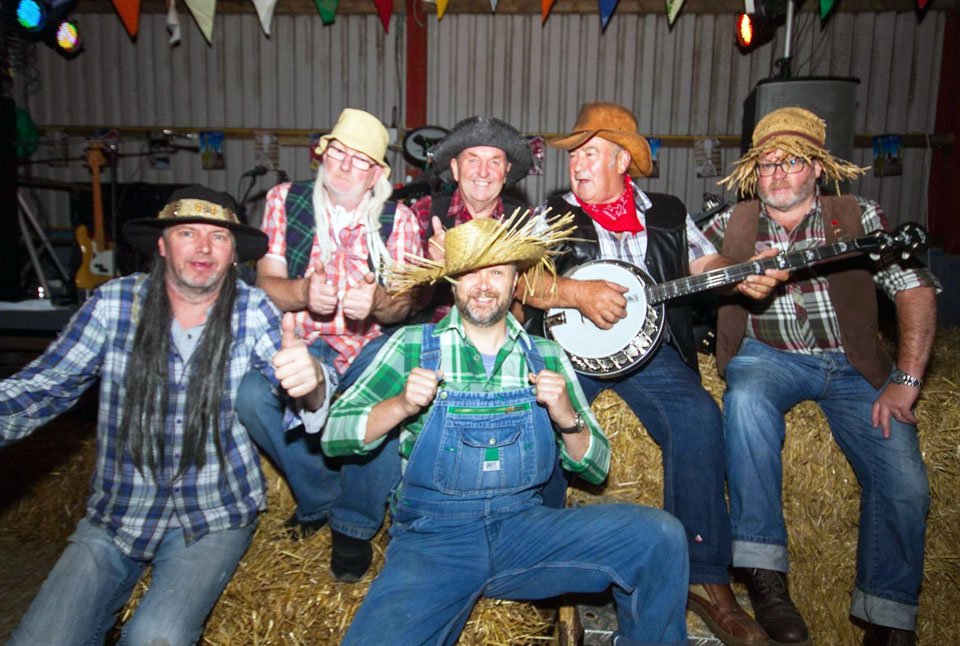 The Holborn Hillbillies with John Slone holding the banjo and Steve McKellar at the front.