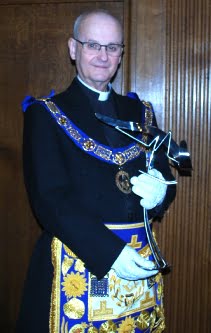 The Province of Herefordshire is among the joint recipients of a prestigious award in recognition of the substantial support given to the Midlands Air Ambulance over the 25 years of the existence of the service.

The Craft Provinces of Herefordshire, Shropshire and Worcestershire with the Mark Province of Staffordshire and Shropshire have, over that period, between them donated £1.1 million. This includes donations from individual Lodges, Provinces, other orders in the counties and from the Masonic Charitable Foundation (formerly the Freemasons Grand Charity).

The Provinces have been jointly recognised as Community Partners, and were presented with an award in the form of a stainless steel representation of a helicopter. This award is to be circulated through the Provinces, and was in Herefordshire for the meeting of Provincial Grand Lodge on 5 June 2017.