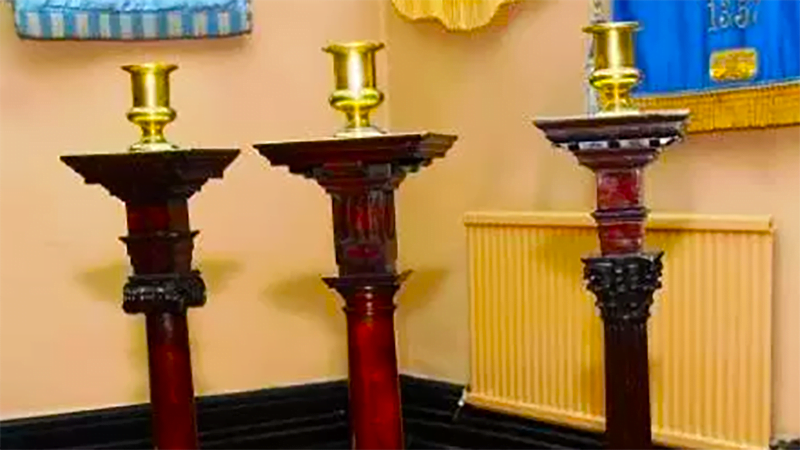 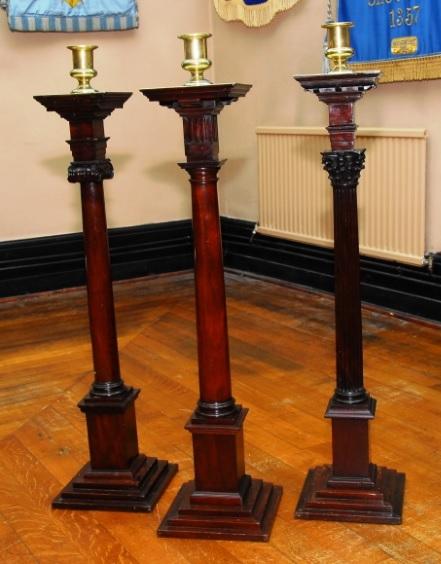 AN expert furniture and antique restorer has used his skills to repair artefacts which stand in the Altrincham Masonic Hall.

The columns, which are named wisdom, strength and beauty, were seen to be in need of some tender loving care, before Peter volunteered to repair them in his workshop in Stretford.

Peter, 58, who has worked with wood since leaving school, discovered an interesting piece of history when dismantling the solid mahogany columns which are used as in the hall as candlestick holders.

He said: “Each column had to be carefully inspected before any missing mouldings were re-carved, each base had to be re-secured and all scratches were touched up before each piece had colour and a wax polish applied.”

Underneath the brass capping on the Corinthian style column Peter found a message dating back 44 years to 1974 stating that the columns had been restored by another Freemason at Altrincham.

Some research revealed that this mason, Alec Bradley, had recently completed 53 years as a Cheshire Freemason but is now at Saxon Crosses Lodge in Sandbach.

Alec, 85, who lives in Alsager, remembers working on the columns, which are in the Ionic, Doric and Corinthian styles.