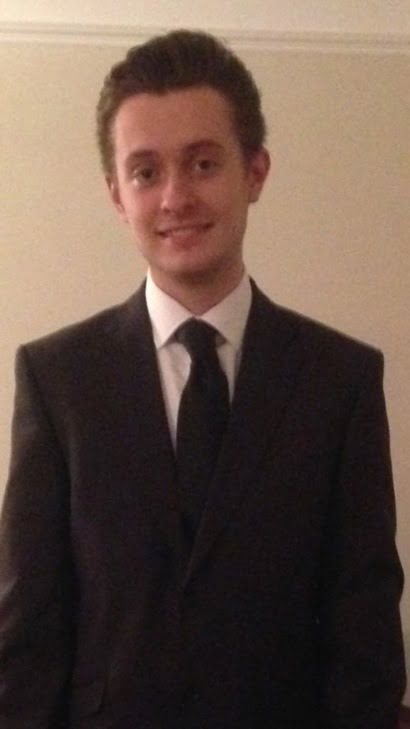 19 year-old university student Jay Morgan was initiated in Margate’s Trinity Lodge No 7021, in December 2015. He was initiated by his father Warren Morgan, a Past Master of the lodge, in a ceremony involving other members of his family and a close family friend.

Speaking afterwards, Jay said: “I will never forget the night of my initiation, it was one of the best evenings I have ever had. My father, grandfather, godfather and uncle were all involved in the ceremony and I was told they all played their parts to the highest standard and created a very emotional evening for everyone involved.”

Jay went on to add: “I am so grateful to my father and grandfather and everyone else involved for introducing me to the Craft and making my night so special. I couldn’t recommend it more to anyone thinking of joining.”

Just one month later, in January 2016, Jay pleased everyone by memorising, presenting and explaining the Working Tools of the First Degree to the next lodge initiate.

In March 2016, just three months after his initiation, Jay astounded everyone by giving what was described as “a word-perfect rendition” of the First Degree Charge. This is a lengthy piece of ritual that is committed to memory and presented, usually, by a more experienced Brother. To be able to do this so soon after his own initiation is a significant achievement and was due to his commitment and enthusiasm.

Jay’s father Warren said: “He had been told that I gave the First Degree Charge early in my Masonic career, and it motivated him to do better.”

The members of Trinity Lodge are very proud of Jay’s achievements and look forward to further contributions from him in future.