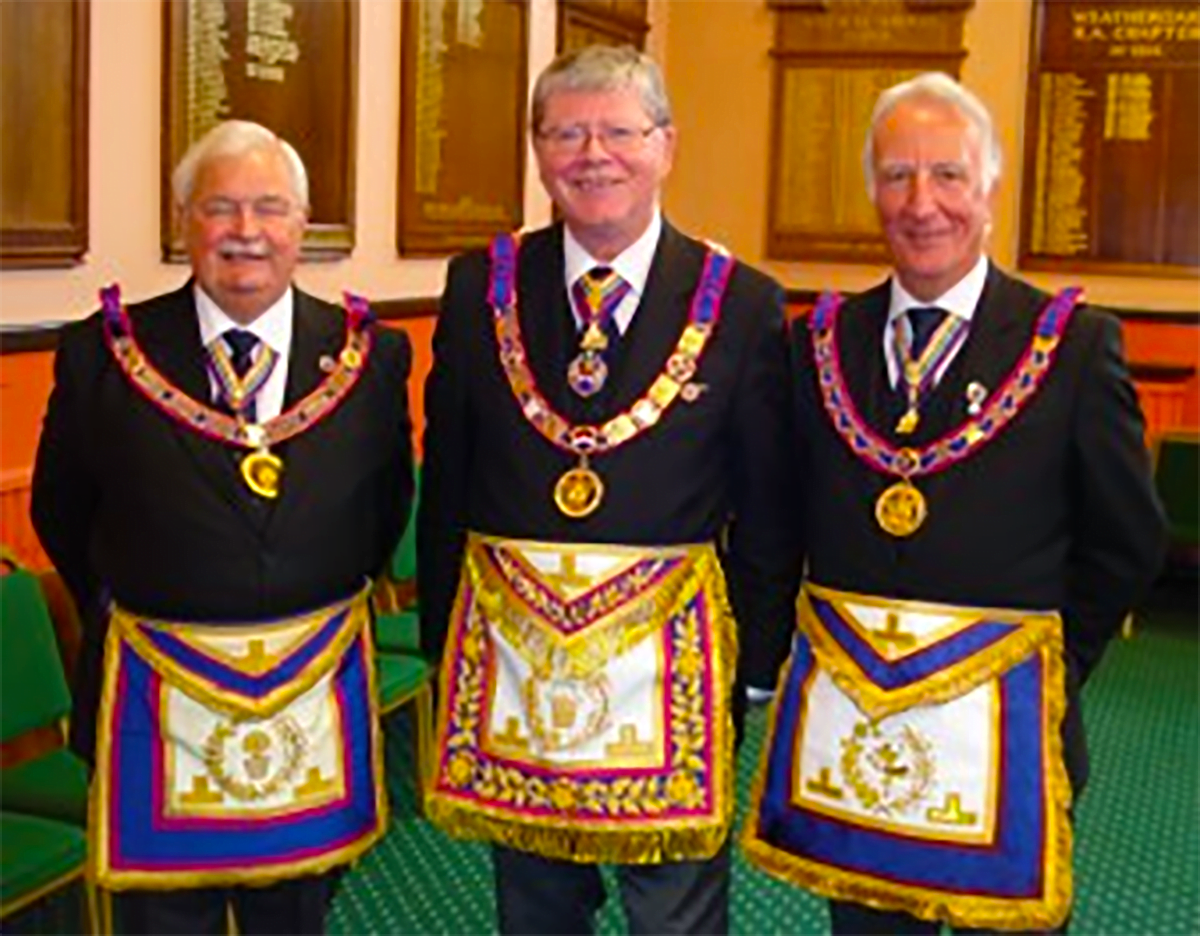 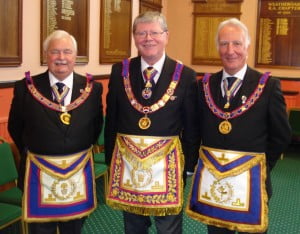 In addition he welcomed Rulers and Representatives of many other orders.

A strong turn out of 200 on a warm day enjoyed a splendid occasion during which the PGM re-appointed and Invested his Deputy V W Bro John Anthony King PGMO, and his Assistant W Bro Jeffrey William Whiteley, PGSD.

W Bro Cecil Cariss, Senior Warden and W Bro Michael Gage, Junior Warden were invested following which the PGM expressed thanks on behalf of the province to the outgoing Wardens for their dedication and regular attendance at Installation meetings throughout the year. He extended best wishes on behalf of the Province to W Bro Paul Yarnell and his father W Bro Norman Yarnell. 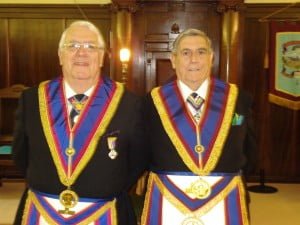 Whilst addressing the meeting he reviewed his first year of office saying how much he had enjoyed the year although it seemed to have passed all too quickly. Looking to the future he made particular mention of Charity. His hope is that Worcestershire will now focus its efforts in raising monies towards the Hope for Tomorrow Charity and the Provision of the Mobile Chemotherapy Units as promised by Mark Master Masons.

(His full address will shortly be available). 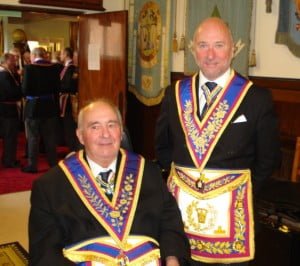 A standing ovation greeted the appearance of R W Bro Stuart Edwards on his return to our lodge following his long recovery from injury.

Their smiling faces expression enough to see how glad they were to be back among their many friends.