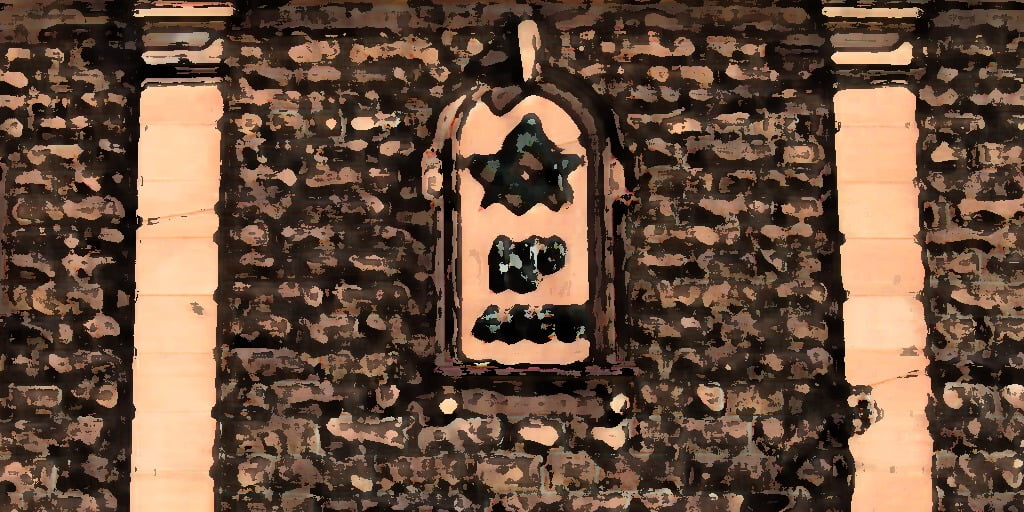 This scroll is an alchemist’s practical reference tool from the greatest years of the study of this philosophical and pseudo-chemical art. It lists some 34 designs for alchemical talismans (presumably to be painted on walls, doors or the body), littered with the traditional symbols for mercury, copper, gold and at the head of one of the larger talismans, the elusive philosopher’s stone locked within the Seal of Solomon. The simple talismans at the beginning of the scroll offer protection against neid und haß (anger and hate), den bösen geiß (the evil spirits) and Zauberij (witchcraft). Those at the end incorportate a number of simple units as well as symbols taken from an angelic alphabet (evidently influenced by the so-called Alphabet of the Magi invented by the celebrated astronomer and alchemist Paracelsus, 1493-1541), and offer more specific protection against failure in war and imprisonment. 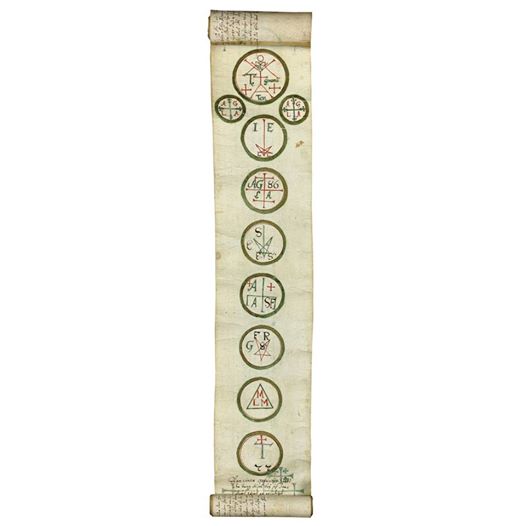