The Annual Almoners Gala Dinner, in the company of The Provincial Grand Master RWBro. Stephen Martin Blank and other Leaders of the province, was held at Cheshire View on Monday the 18th April 2016.

WBro. David Dobbs ProvGAlm welcomed everyone and thanked them for taking time out to attend, he then outlined the activities of the Welfare Organisation within the Province, news including funding from the Cheshire Freemasons Charity (CFC) , support for unattached Widows and future events including Roadshows and a higher profile on the Provincial Website . He thanked the Almoners Team for their hard work in organising the Gala Dinner and particularly Glenville Phillips .

WBro Stephen Martin Blank PGM outlined the structure of governance within the Province with APGM’s being given specific responsibilities as Wardens of Task Areas. WBro David V. Dyson PSGD will have responsibility for overseeing Charity and Welfare.

Guest speaker VWBro James H Newman had, in the past, lived in Hale and Altricham and worked as an accountant in Congleton and became an acting Grand Officer with a rank of AGStB in 2002 he now holds the rank of SGD and from 2013 was President of the RMBI and following the launch of the Masonic Charitable Foundation which merged the four Central Charities into one organisation has the role of Deputy President.

Under the MCF Welfare Claim Processing will be simplified with one Form and one Organisation, in 2015  4,657 beneficiaries received £15,5 Million and this level of support will continue. Cheshire’s 2016 Festival Money will go to the MCF Bank Account and the MCF will draw down MSF Money in proportion. 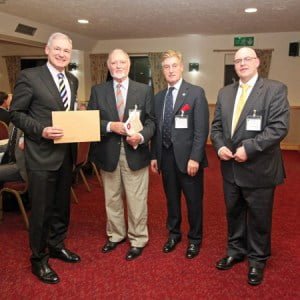 AREA 1.  WBro Jim Hardman PProvSGW from Moreton Lodge No. 5165 which meets at Neston 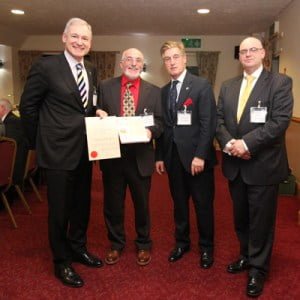 AREA 2. WBro Ron Burton IPM of Centenary Lodge No. 5896 which meets at Birkenhead 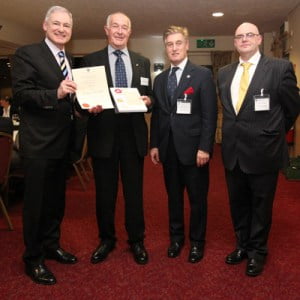 AREA 3  WBro Colin Yates PProvGSuptWks of Marsland Lodge No. 4702 which meets at Altrincham 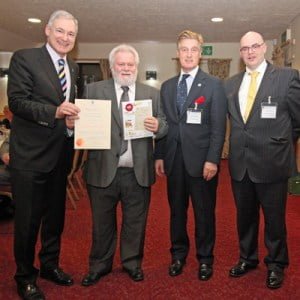 AREA 4  WBro Ian Goddard PProvJGD of the Lodge of Godley No. 361 which meets at Hyde. 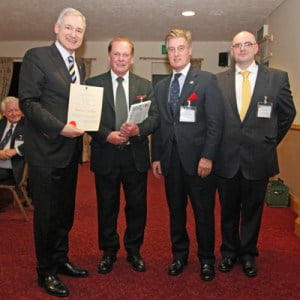 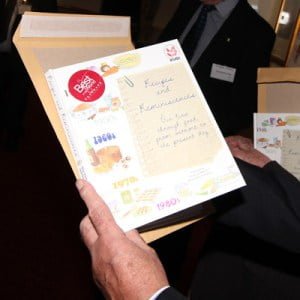 Each Area Almoner of the Year was presented with an Illuminated Certificate by RWBro Stephen M Blank Provincial Grand Master for Cheshire and a copy of the award winning RMBI  Book of Recipies and Reminiscences which was signed by VWBro James H. Newman SGD President of the RMBI  and RWBro Brigadier Willi E. Shackell PJGW who was President of RMBI and MSF 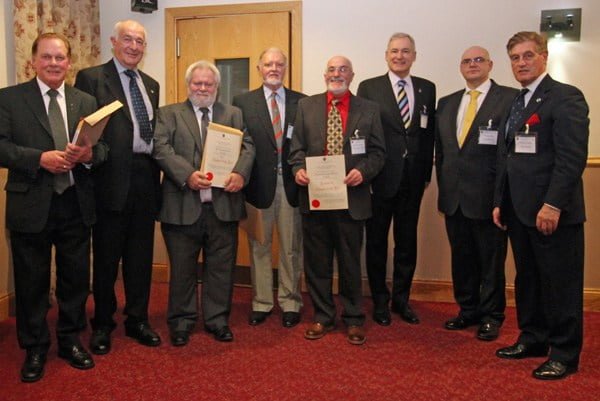