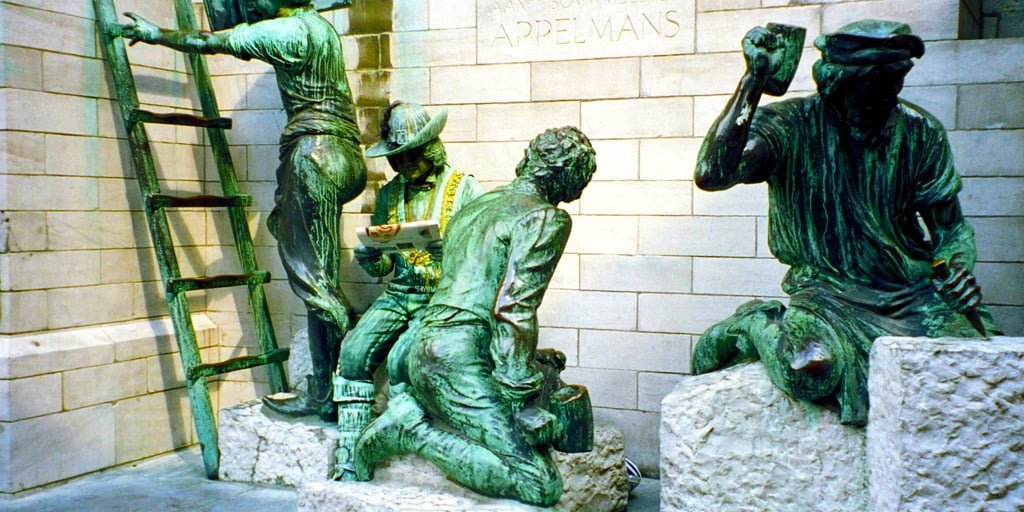 On Monday 6th June 2016 several Lewis Lodge members, namely W Bros Vic McQuire, John Stalker, John Cleghorn Snr, Syd Bushby and Bros David O’Connell and Scott Ferguson made a visit to Sun Square & Compasses Lodge 119 at Cleator Moor Civic Hall and Masonic Centre for a very special reason.
This was to be presented with two portraits of Masons with strong connections to Lewis Lodge. The brethren in question were John Davis and William Benn Gibson, both of whom were founder members of Lewis Lodge in 1861.
John Davis was also the very first Worshipful Master of Lewis Lodge being installed at the Consecration ceremony on 30th September 1861 at the Masonic Hall, College Street, Whitehaven.

William Benn Gibson as well as being a founder member, was very active in the successful running of the Lodge and was regularly mentioned in minutes.
W Bro John Garroway gave a brief explanation of the history of both Masons, followed by the Worshipful Master of Sun Square & Compasses Lodge who officially presented the portraits, to Brother David O’Connell, Senior Warden of Lewis Lodge. Bro O’Connell expressed grateful thanks to him and the Lodge members, and invited them to visit Lewis Lodge and view the portraits once they were put on display.
The Lewis Lodge members, along with other visitors, sat down at the festive board where they were well fed, and entertained by the members of Sun Square and Compasses Lodge with a good deal of harmony, which was hugely enjoyed and appreciated by all present.