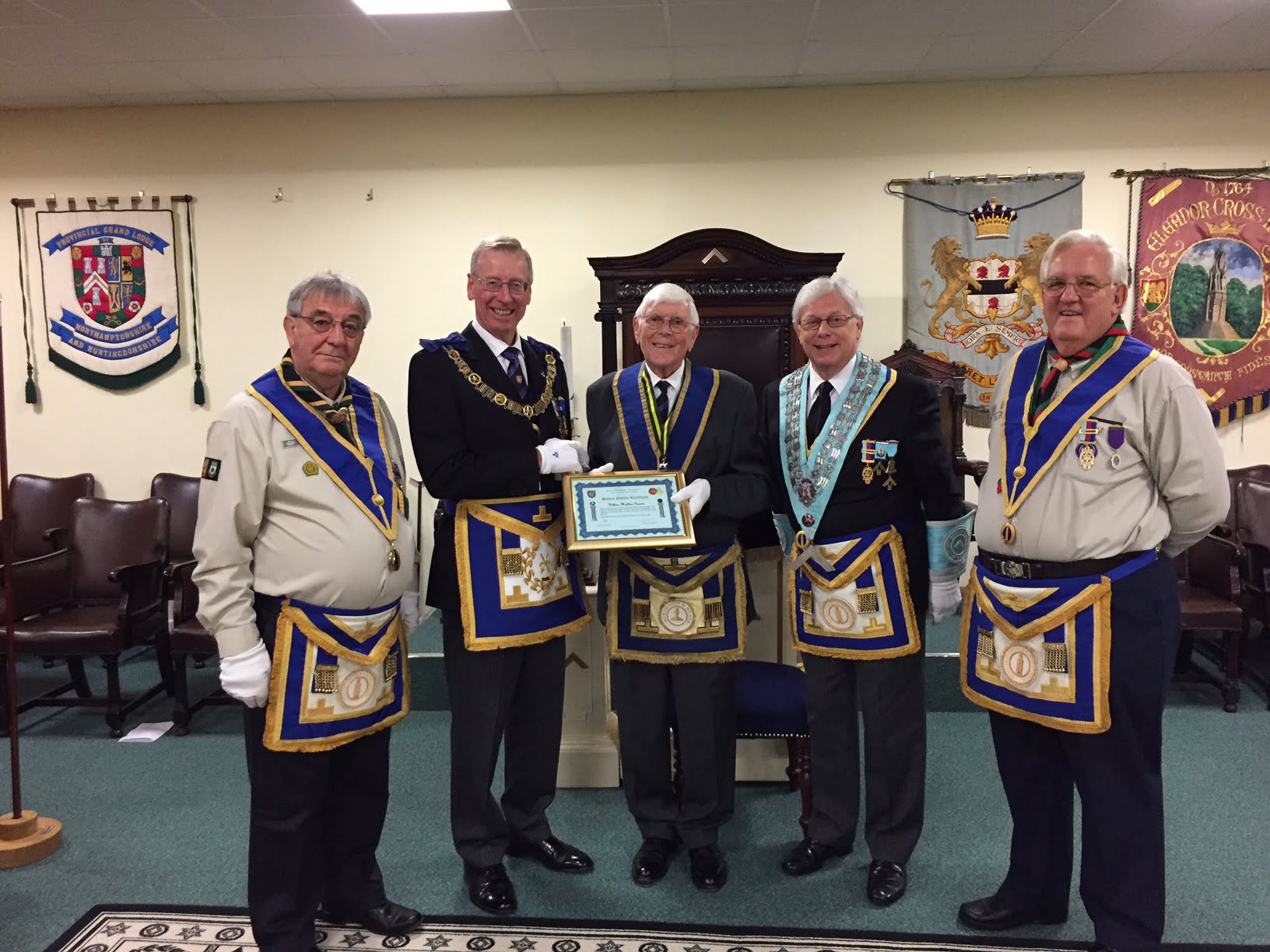 W.Bro Bill Reason had a good reason to celebrate this week, after being presented with a 50 Year Certificate. Not only is WBro Bill celebrating 50 years in Freemasonry, but he is soon to be recognising his 70th year in Scouting!

W.Bro Bill was initiated into St Johns Lodge 3972 on 17th October 1966, and became Worshipful Master in 1982. Bill has held many offices in the Lodge during his 50 years, including Treasurer, Almoner, and Charity Steward, as well as going back in the chair as master again in 1994. Bill attained Provincial Grand Steward in 1984, PPGSuptWrks in 1988 and PPSGW in 1944.

Outside of Masonry, Bill has had an even longer interest in Scouting. Bill’s first warrant was as Assistant Scout Master at the 36th Northampton St Matthews Troop, July 1947 – March 1956. Bill then became Scout Master from 1956 to 1960. Bill has remained as a member of the organisation in many roles; as a member of the County Executive, District Chairman for many years, and District Present. Bill has achieved many awards over his 70 years in Scouting, notably the Medal of Merit in 1973, The Silver Acorn in 1997, The Bar to the Silver Acorn in 2005, and in April 2013 Bill was awarded the Silver wolf – the highest award in Scouting.