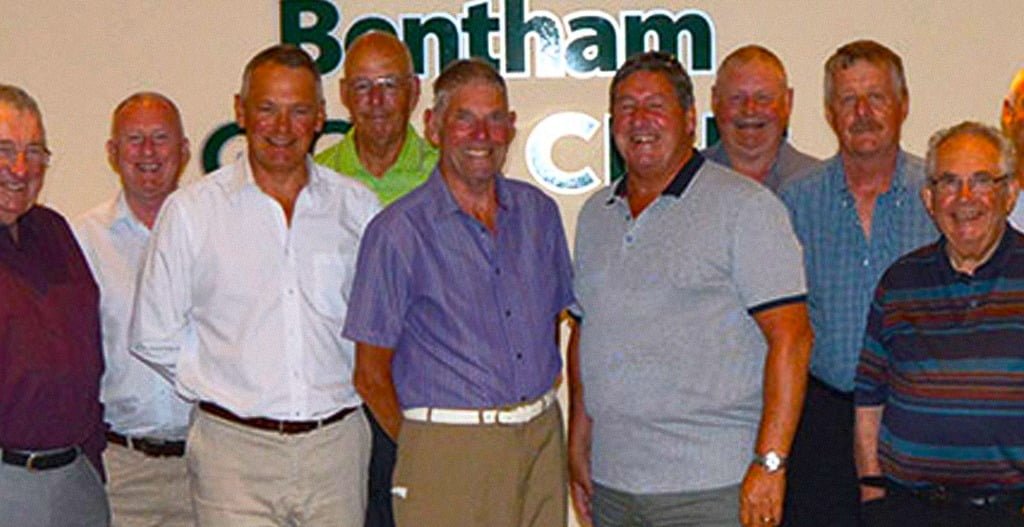 Principal guest at the event was group vice chairman Neil McGill, who attended the awards dinner held in the clubhouse dining room and later presented the prizes. Neil praised the high standards exemplified by Bentham Golf Club and was very pleased to see how much enjoyment the participants received from playing on such a wonderful golf course. The day’s raffle raised £140 which was donated to the West Lancashire Freemasons’ Charity.

Wyreside Lodge No 2605, represented by John Flack, David Ainsworth and Matthew Crossley, won the Group Trophy even though they only entered a three-man team for the first time. Heysham Lodge No 4108 reclaimed the Morecambe and Heysham Trophy from Poulton-le-Sands Lodge No 1051, who had won it for the last two years. The best individual score shield was won by John Flack from Wyreside Lodge, with Les Newlands of Great Eccleston Lodge No 8895 in second place and David Ainsworth of Wyreside Lodge in third place. Mike Brown of Heysham Lodge was the winner of the ‘nearest the pin’ prize, whilst David Ainsworth won the ‘longest drive’ competition.

Arthur Laycock thanked Neil and all those who had entered the competition for attending and encouraged more local golfing Masons to take part in future competitions. Arthur has been the group golf representative for the last 12 years and has enjoyed every minute of it.

Lancaster golfers pictured at the end of their ‘perfect day’.