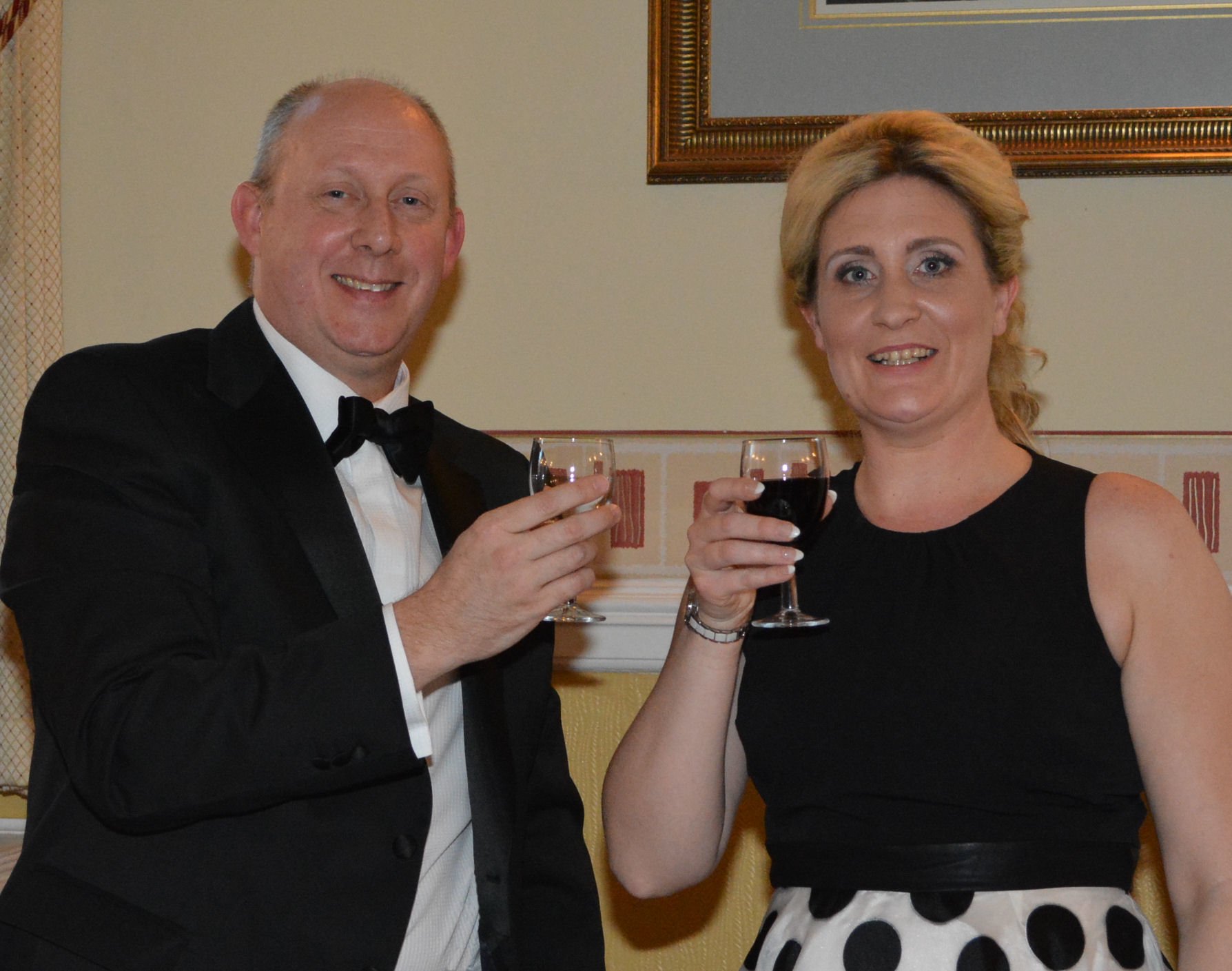 The WM of the Ashmole Lodge No 5128 Derek Houghton, on his own behalf and on behalf of the principal guest, his wife Marie, welcomed everyone to the lodge’s ladies’ evening. He expressed their delight in being able to welcome so many members and friends – old and new, to such an auspicious occasion, wishing everyone an enjoyable evening.

Derek and Marie welcomed all.

The evening was a formal social function of Derek’s year in office as WM and being a major event in the annual calendar of the lodge was held at Warrington Masonic Hall.

The event was very well supported by almost 80 members and guests. The evening was superbly well organised and planned, with attention to detail obviously being important and in abundance. The formal proceedings were under the control of Michael Moore, the director of ceremonies.

Grace was offered by the chaplain Robert Timmis and was followed by a superb four course banquet consisting of prawn cocktail, pork loin with dauphinoise potatoes and seasonal vegetables, a trio of individual desserts, followed by a premier selection of English and Continental cheeses with biscuits, all served with an excellent selection of premium red and white wines. Tea or coffee completed the meal. Many complimentary remarks about the quality of food and the service of the hall’s staff were offered. Robert returned thanks and Derek proposed the loyal toast.

Michael Williams proposed the toast to the ladies, commenting that he felt deeply honoured to do so. He thanked all the ladies present for their help and support over the last 12 months. He continued by providing a short history of Marie’s life which was delivered very expertly and focused on song titles. It was a very amusing and entertaining speech and much appreciated by everyone.

The ladies’ song was sung by Norman Pritchard accompanied by Brian Wilson. They continued by singing a few extra songs and Norman distributed long stem roses to various ladies. 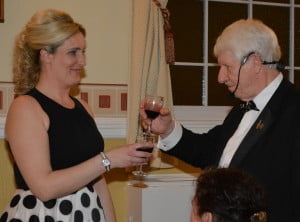 Marie (left) being toasted by Norman.

Marie responded to the toast on behalf of all the ladies. She thanked all for their attendance and for the help and assistance in the organisation both before and during the evening. Ladies’ gifts were then distributed and table prizes drawn.

Derek announced that a raffle would be held and the proceeds would go to the Autistic Society and the West Lancashire Freemasons’ Charity. Many prizes were drawn and distributed. The final total from the raffle was £380 and Derek thanked everyone for their generosity.

Michael Moore then handed control over to ‘Soundsation’ and dancing continued until late.

The event was very successful and many people said it was a most enjoyable evening.

Derek brought the evening to a close by thanking everyone for their support throughout the year in general and the evening in particular. He commented on such a magnificent number attending and concluded by wishing everyone a safe journey home. 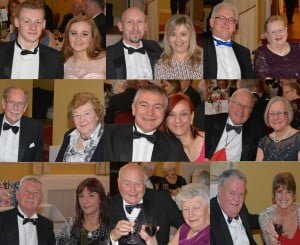