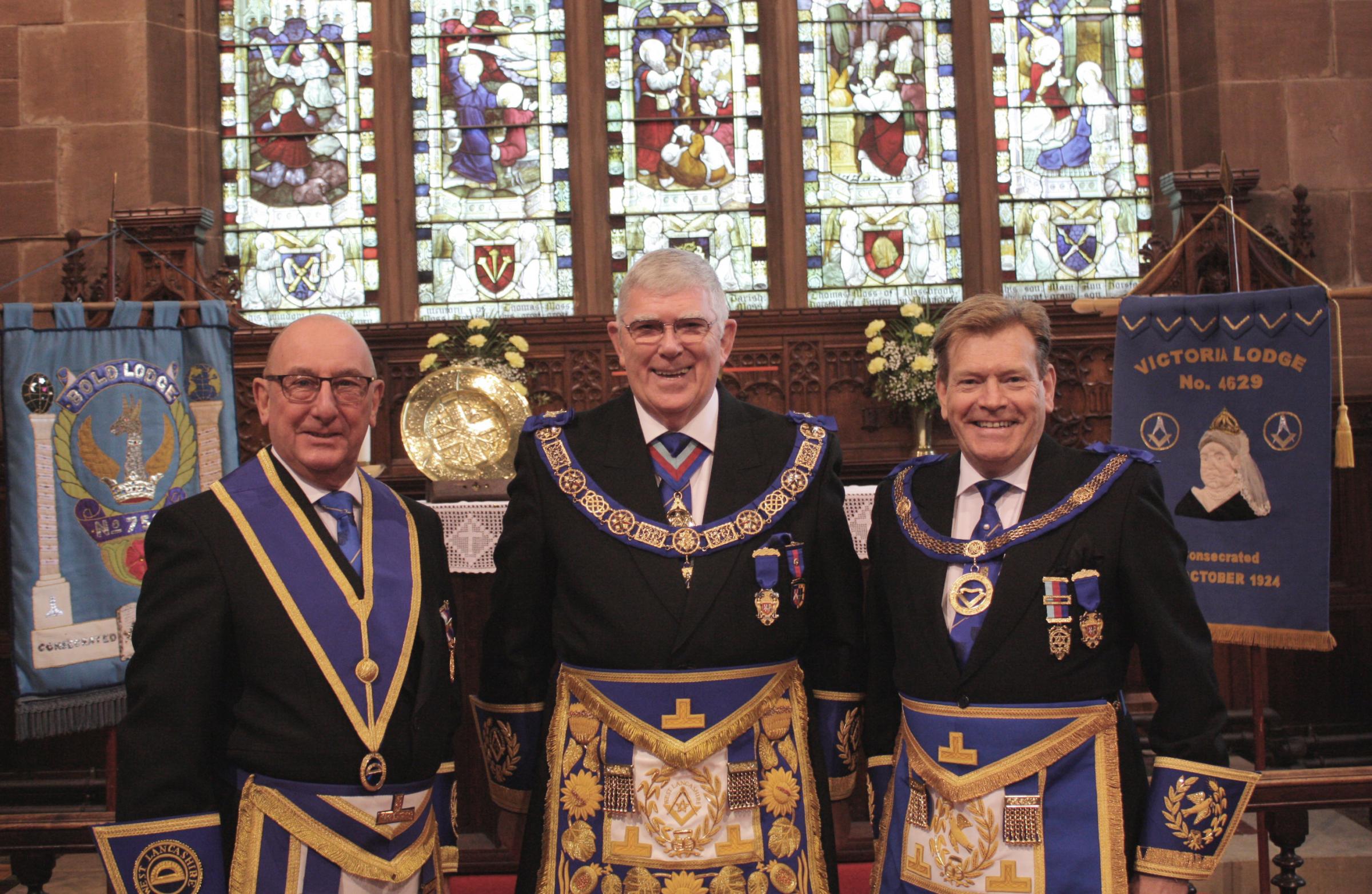 To celebrate 300 years of Freemasonry, following the formation of the first Grand Lodge in June 1717, the Widnes Group of Lodges and Chapters held a church service in the magnificent St Luke’s Church – a Grade II listed building which dates back to the 12th century

The service was conducted throughout by the Provincial Grand Chaplain Rev Canon Godfrey Hirst and commenced with the Provincial Grand Master processing into the church accompanied by the Provincial Team. This was followed by a very warm welcoming address to all attendees by Kevin Poynton who then mentioned that as part of the Halton Heritage Week at Widnes Masonic Hall and to continue the Tercentenary celebrations, the Hall will open to the public for viewing, with pop-up exhibitions, guided tours around the lodge rooms and explanations as to what Freemasonry is about.

Following Kevin’s address, the congregation then sang the first hymn of the service, ‘Praise, my soul, the King of heaven’. All the music throughout the service was provided by the Provincial Grand Organist Stephen Derringer, who in the words of Yvonne Horabin the church treasurer: ‘brought our magnificent newly restored organ to life’.

There was then a Bidding Prayer from Rev Canon Godfrey Hirst which was followed by Tony Harrison giving a brief view of Freemasonry in the community.

Tony added that in 2015, the four main London charities donated £14,249,547 to charitable causes and their own West Lancashire Freemasons’ charity donates monies in the region of £500,000 per annum to deserving cases and causes throughout their Province. In conclusion Tony said: ‘Brethren, as we celebrate the Tercentenary of Grand Lodge, there is a temptation merely to look back upon our history; however, this 300th anniversary, coinciding as it does with the start of our own 2021 Festival, affords us a glorious opportunity not only to show the world what we stand for and believe in, but also to look to the future, to continue the tradition of caring for those in need and to face the challenges of the future with that vigour, enthusiasm and commitment, which have ever been the defining characteristics of our Order.’

The offertory collection raised the grand sum of £367.57, with all proceeds going to St Luke’s Church. Prayers of thanksgiving were then given by Neil Pedder and then Rev Godfrey Hirst led the congregation in saying the Lord’s Prayer and a commitment to future endeavour.

The final hymn of the service was then sung, ‘I vow to thee. My country, all earthly things above’. After the Blessing by Rev Canon Godfrey Hirst, the National Anthem was sung and then Tony Harrison and the Provincial Team processed out.

Following the service, the congregation were invited to Widnes Masonic Hall for some light refreshments of tea or coffee and biscuits.