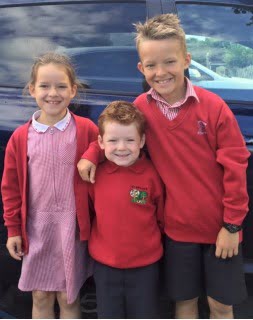 Chris Lightfoot, Assistant Director of Ceremonies at Shakespeare Lodge in Warwick is working hard to raise awareness and much needed money for the Perthes Association, a small charity supporting sufferers of the rare condition called Perthes Disease.

Chris and his wife Juliette became concerned last year when their son Harry complained of a poorly leg, but initially put it down to muscle pain. The pain persisted so Juliette and Chris sought medical advice and, after being referred to specialists at Royal Stoke University Hospital, the youngster was finally diagnosed with Perthes Disease, which affects one in 12,000 children.

Harry with his brother Alfie and sister Amelia 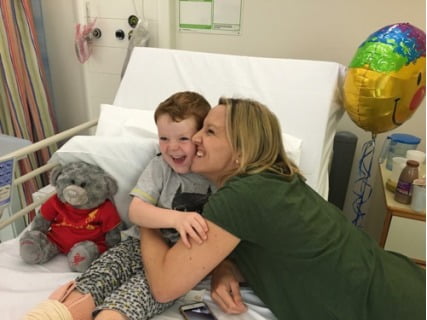 Harry and Mummy in hospital

The disorder is caused by a lack of blood flow to the ball of the femur, which leads to the bone softening and being unable to grow, causing mobility issues.

Chris, said: “Children with Perthes have good days and bad days. Some days Harry is running around and others he is in a wheelchair. On medical advice he isn’t allowed to run and jump like a four-year-old wants to. We’ve seen our son, who is so bouncy and happy, become gradually less mobile and walk with a very pronounced limp, as well as being in pain frequently.” 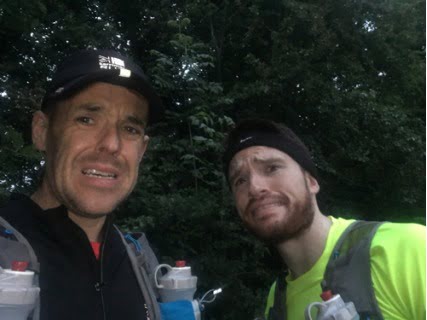 Chris on the ultra marathon 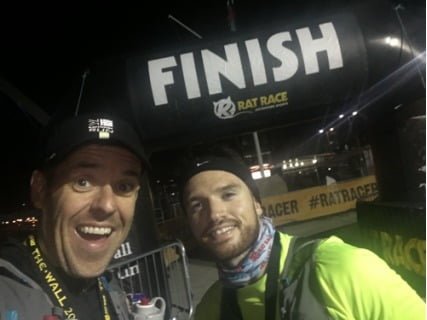 A happy Chris at the finish line

Chris at the Finish of the Wall

So far he has raised over £7,000. With the gift aid to add on top this is nearly 10% of their annual income so it should make a big difference. Harry’s condition also deteriorated significantly at the same time and so 3 weeks ago he underwent fairly major surgery. He’s now in a plaster cast from ankle to toe for 6 weeks – what a summer, because of his age he stands a good chance of a full recovery. 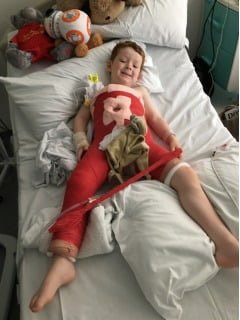 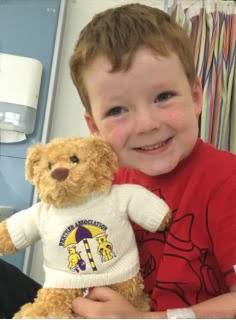 Harry with his bear from the Perthes Association 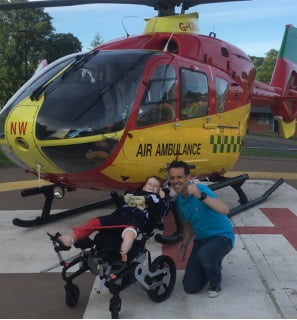 Harry and Chris being visited by the Air Ambulance

Juliette said: “Harry has been truly amazing. He’s never complained and through both surgeries and hospital stays he has been so brave. He really is our little hero and always has a smile on his face.”

Now the family, who live in Alpraham, want to raise the profile of Perthes Disease so parents know what to look for and also to highlight the work being done by Perthes Association.

Chris said, “I have read of other cases that go undiagnosed for a couple of years and this can affect the long-term outcome. The reason for us wanting to raise awareness is that when you know there is something wrong with your child, pursue it and don’t give up.”

“Perthes Association has given us plenty of advice and support,” he said, “They’re a tiny charity and their total income last year was only £96,000 so I was really desperate to help them.”

For more information about Perthes Disease visit the Perthes Association at https://www.perthes.org.uk/