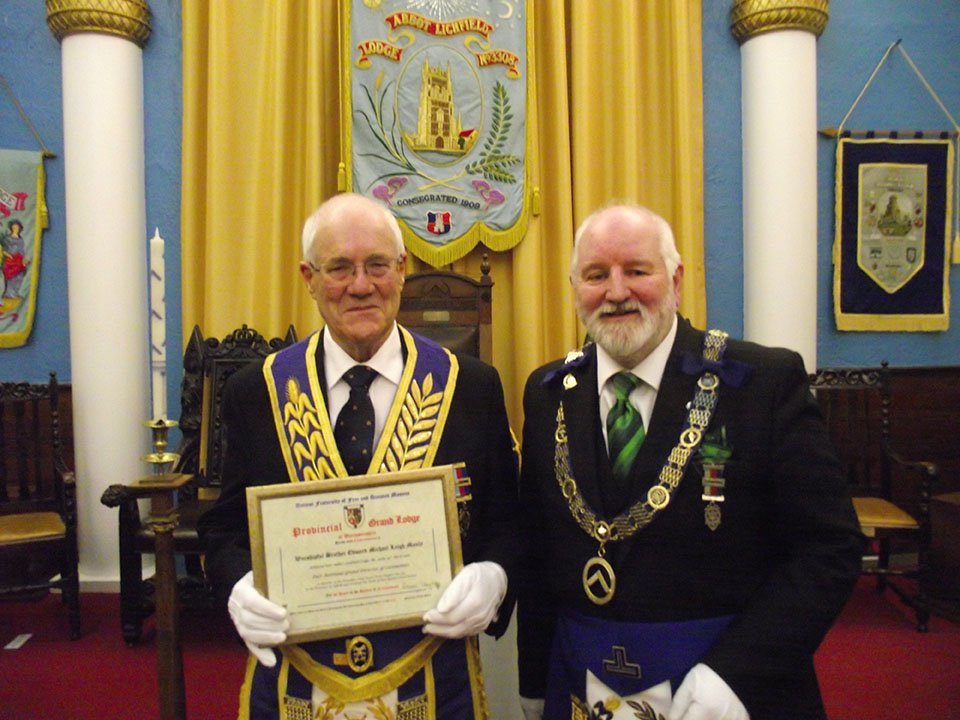 50th Years Certificate awarded on the actual Anniversary of the Initiation

On 14th April, W. Bro. Michael Manly,PAGDC,received his PGM‘s 50th Years’ Loyal and Distinguished Service Certificate from V. W. Bro. Michael H. R. Cole,PGSwdB, DepPGM, on the very date when he was Initiated at Abbot Lichfield Lodge, No. 3308, at Evesham.

A subsequent move from Evesham to Suffolk where his Masonic career led him to Deputy  Provincial Grand Superintendent.

Michael returned to his Mother Lodge at his own request and attended a demonstration as a Candidate for Initiation.

Was this the first time there has been a 50th Year’s Certificate, for loyal and distinguished service, awarded on the same date as the Initiation into Freemasonry as a Candidate, exactly 50 years later? 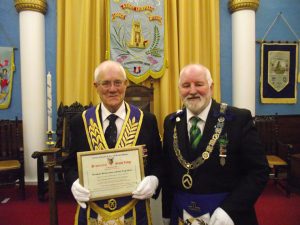 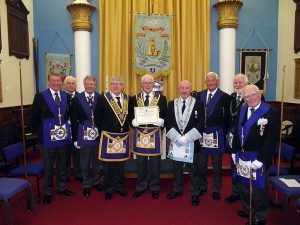