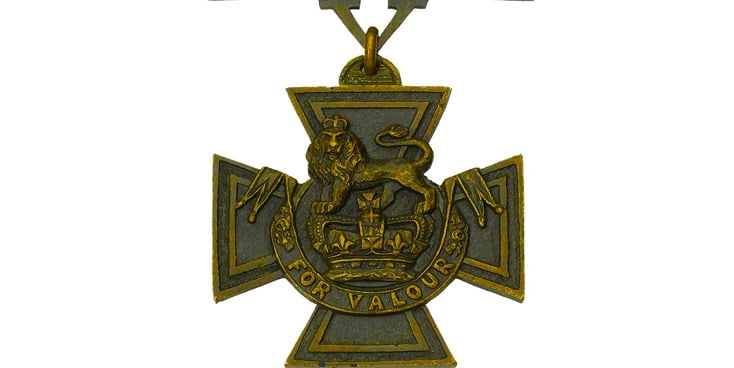 At the Installation meeting of Leicestershire and Rutland Lodge of Installed Masters No. 7896 on Friday 10th April 2015 at Freemasons’ Hall, Leicester, the new Master, W Bro Ian Johnson presented £500 to guest speaker W Bro Granville Angell in support of his charity, VC Grave Concern, which restores and maintains the graves of holders of the Victoria Cross.

W Bro Ian Johnson was Installed by W Bro David Bull and continues the long line of distinguished brethren as Master of this prestigious lodge. At the meeting, the lodge was honoured to welcome W Bro Barrie Percival, Past Assistant Provincial Grand Master, PSGD, as the representative from the Provincial Grand Lodge of Leicestershire and Rutland.

W Bro Ian was initiated into Lodge Semper Eadem No. 3091 in 1995 and became Master in its Centenary year in 2004. He served as Secretary for five years and is presently Director of Ceremonies. He was appointed Provincial Grand Mentor in 2009 and elected Provincial Grand Treasurer in 2011.

W Bro Ian joined the Leicestershire and Rutland Lodge of Installed Masters No. 7896 in 2005 and was appointed Junior Deacon in 2011. Having been a member of the Correspondence Circle since 1998, W Bro Ian became a full member of the Lodge of Research No. 2429 in 2011 and is presently Junior Deacon.

In 2015, W Bro Ian was appointed as a Past Assistant Grand Director of Ceremonies in the United Grand Lodge of England. He is also active in many side degrees, including the Royal Arch and Mark Master Masons.

Installing Master, W Bro David Bull said: ‘W Bro Ian brings a wealth of masonic experience to this office and I am sure that under his leadership the lodge will have another rewarding year.’

After the Installation, W Bro Granville Angell, PAGPurs, who was the Prestonian Lecturer in 2006, gave a very interesting talk entitled Lest We Forget, encapsulating the courage, bravery and resolute self sacrifice with which Freemasons risked their lives in the service of king and country, focusing on those brethren who received the Victoria Cross.

His talk was based on his book The Great War 1914-1918 – Victoria Cross Freemasons which reveals the unique deeds of outstanding valour of the 91 Freemasons gathered by the author’s meticulous research in over 17 countries uncovering previously unknown facts.