A resolute member of the Salford District achieved 50 years in Masonry on the 20th April 2016. WBro Graham Ellis reached the occasion in the company of members of his Lodge, an APGM, an APGP, Officers of United Grand Lodge, the District Chairman, District Team and personal guests from Kinship Chapter.

The Lodge was opened in the usual manner and there was then a report. WBro Chad Northcott PSGD, APGM, accompanied by EComp David Basger PGStB, AProvGP, and a District Delegation led by the District Chairman, WBro Geoffrey Baillie, PProvJGW were admitted.

The WM, WBro David Bradley, PProvAGDC (WL) welcomed WBro Northcott and offered the Gavel. On this occasion it was accepted. After introducing WBro David Basger, AProvGP, and the visiting Officers and district team, WBro Northcott introduced WBro Walter Graham Ellis PProvSGW, explaining that the usual custom of placing the celebrant in the middle of the Lodge room was not going to be observed as WBro Ellis is a very shy and retiring type and didn’t want much fuss making!

He continued: Bro Ellis was born on in 1932 making him 84 years young. The same year that the 10th Olympic Games were held in California, Iraq gained independence from the British Empire, the Atom was split for the first time and Mahatma Ghandi was jailed. It was also a time of the Great Depression and unemployment stood at 20%.

Moving on, in 1966 Camberwick Green was first aired by the BBC, Action Man was invented, the FIFA World Cup was won by England and subsequently was stolen, Brady and Hindley went on trial, HMS Resolution (our first Polaris submarine) was launched and on the 13th April 1966 The Righteous Brothers were at No 1 in the charts and a young Graham Ellis became Bro Ellis, initiated into Zetland Lodge, no 852.

The Secretary, WBro Roger Higson was then asked to read the minutes of the initiation meeting.

WBro Northcott then invited the SW, WBro Charles Gorst, PProvDepGReg, to deliver a tribute to WBro Ellis. He began by saying that WBro Ellis was passionate about his Freemasonry and in particular Salford and Zetland Lodge. He could be a hard taskmaster but he was a font of knowledge about Hemsley House and its beginnings and was extremely well organised and methodical in the way he worked. He had only stopped being Secretary of the Lodge, after 15 years, in January of 2016. One thing that he takes great pride in is the summons and he was meticulous with its preparation. He first became Master in 1978 and became Master for the fourth time in 2011. WBro Gorst was honoured to give the Tribute as WBro Ellis and himself were the last two remaining members of Zetland Lodge, following its amalgamation in 2004 with Royal Salford, Empire and Kersal Lodges.

WBro Northcott then continued; Sitting before us is a special man. We are here to applaud this Man and all that he has achieved and contributed to in Freemasonry.  Brethren, it is men like this who have been the custodians of Masonry during its long history that have enabled the Fraternity to still exist as vibrantly as it does today.

The Service he has given, the various offices he has occupied, the contribution he has made to meetings, committees and social events. The knowledge and experience he has shared with the Brethren and the care he has given to other Masons, both new and the more experienced has been strong, deep and has probably touched their lives in many ways.

Above all this, we sometimes forget what Freemasonry is really about.

Freemasonry means different things to each of us. During our Masonic meetings we can escape from life’s pressures where we can become better men, embracing the ethical code within our ritual. We become part of something that gives profound support to those in need. We make new friends on a regular basis, we enjoy an excellent social life. For many of us it sets us up for and assists with life – increased confidence, increased personal fulfilment, increased self-worth and understanding of our own beings – we grow, mature, progress and advance.

WBro Walter Graham Ellis, has been doing all of this for over 50 years, and it is our turn tonight to make him feel special, and to let him know how much he is valued. Today we are together, Graham, his brethren and the visitors here today, to celebrate his accomplishments, to celebrate 50 years of membership of this special Order and to celebrate the life of this man.

WBro Northcott then presented WBro Ellis with his Illuminated Certificate from the Provincial Grand Master. WBro Geoff Baillie then presented a 50th Lapel pin badge on behalf of the District saying that WBro Ellis was joining an exclusive club. 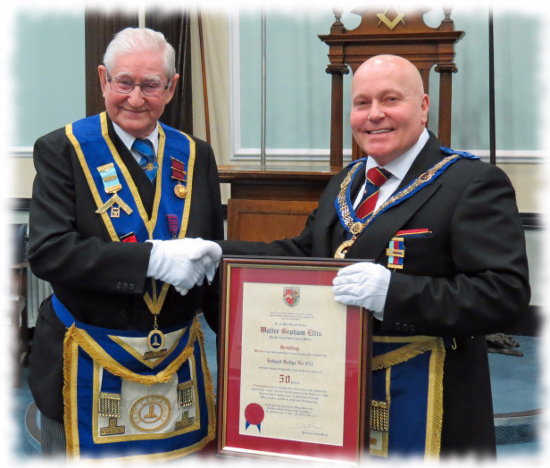 WBro Northcott then stated that on this occasion tradition was again to be altered, with the celebrant to remain in his chair and the Brethren in the Lodge room then paraded around the lodge to congratulate WBro Ellis, ‘As he is so shy and retiring.’

WBro Ellis then stood and responded to the acclamation that he had received, thanking WBro Northcott for his kind words and stating that he had received a gift from the Lodge of his own chair that meant a lot to him as it had been donated originally to the Hall by WBro GW Sands of Zetland Lodge. The Lodge had a plaque made and had this attached to the chair for his use when attending meetings. 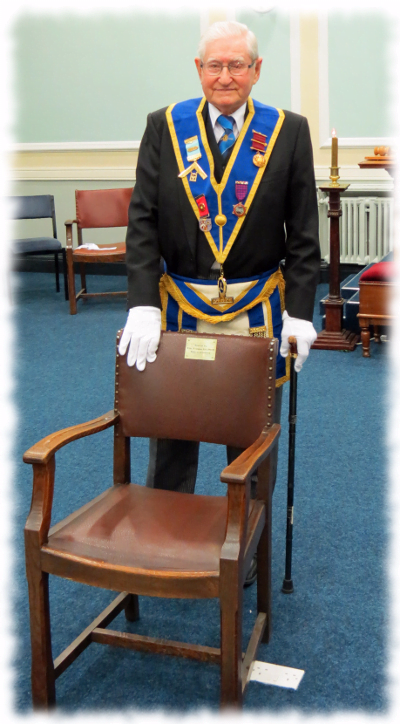 At the Social Board WBro Ellis gave an insight into what had made him join the Masonic Community.

Stating that his father had always wanted to join Freemasonry, he passed away at the early age of 59 and was never asked, little realising that all he had to do was ask someone whom he knew was a Freemason to join. Bro Ellis was determined to join so he asked to meet the father of his best friend, whom he knew was a Freemason. Bro Ellis made an appointment to meet him and asked if he could join Freemasonry. So in 1966 Mr Graham Ellis joined Zetland Lodge. It was much more formal in those days, no smiling, no laughter but the members all knew their words and all knew protocol and were sticklers for formality. Provincial Officers all sat in rank order. But, Bro Ellis stated, Masonry had enriched his life and he has been so happy being part of the Masonic association.  He finished by thanking the brethren and Companions of Kinship Chapter and the Salford District for attending and making it a memorable occasion. The evening finished with Bro Gordon Simpson, his best friend of 64 years, giving the visitors toast. It was Bro Gordon’s father who had proposed Bro Ellis into Freemasonry, and had been WM of Zetland Lodge at its Centenary.  In 2011 Bro Ellis became Master for the fourth time celebrating the Lodges 150th year. Bro Johnson said his father would have been proud of WBro Graham Ellis. 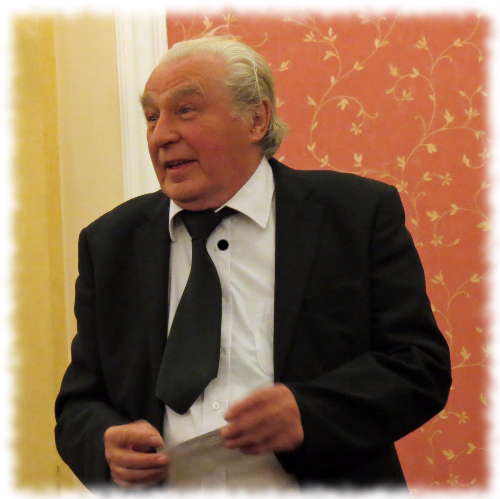 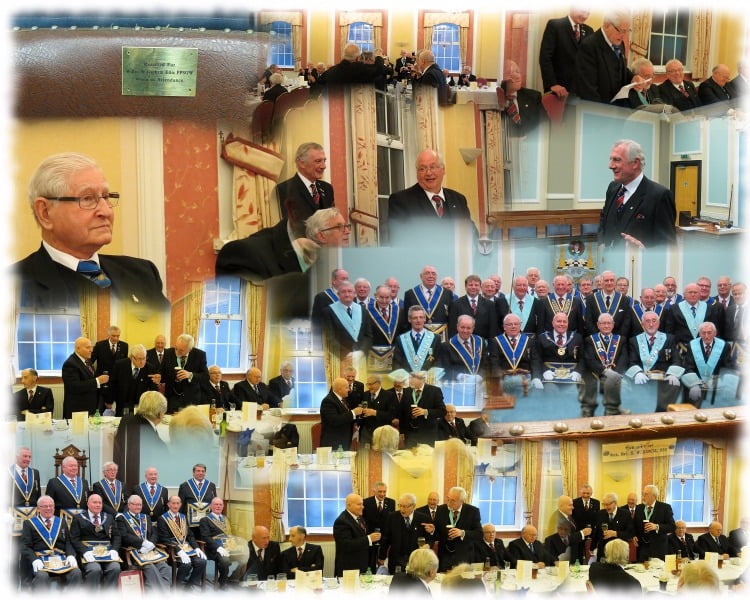