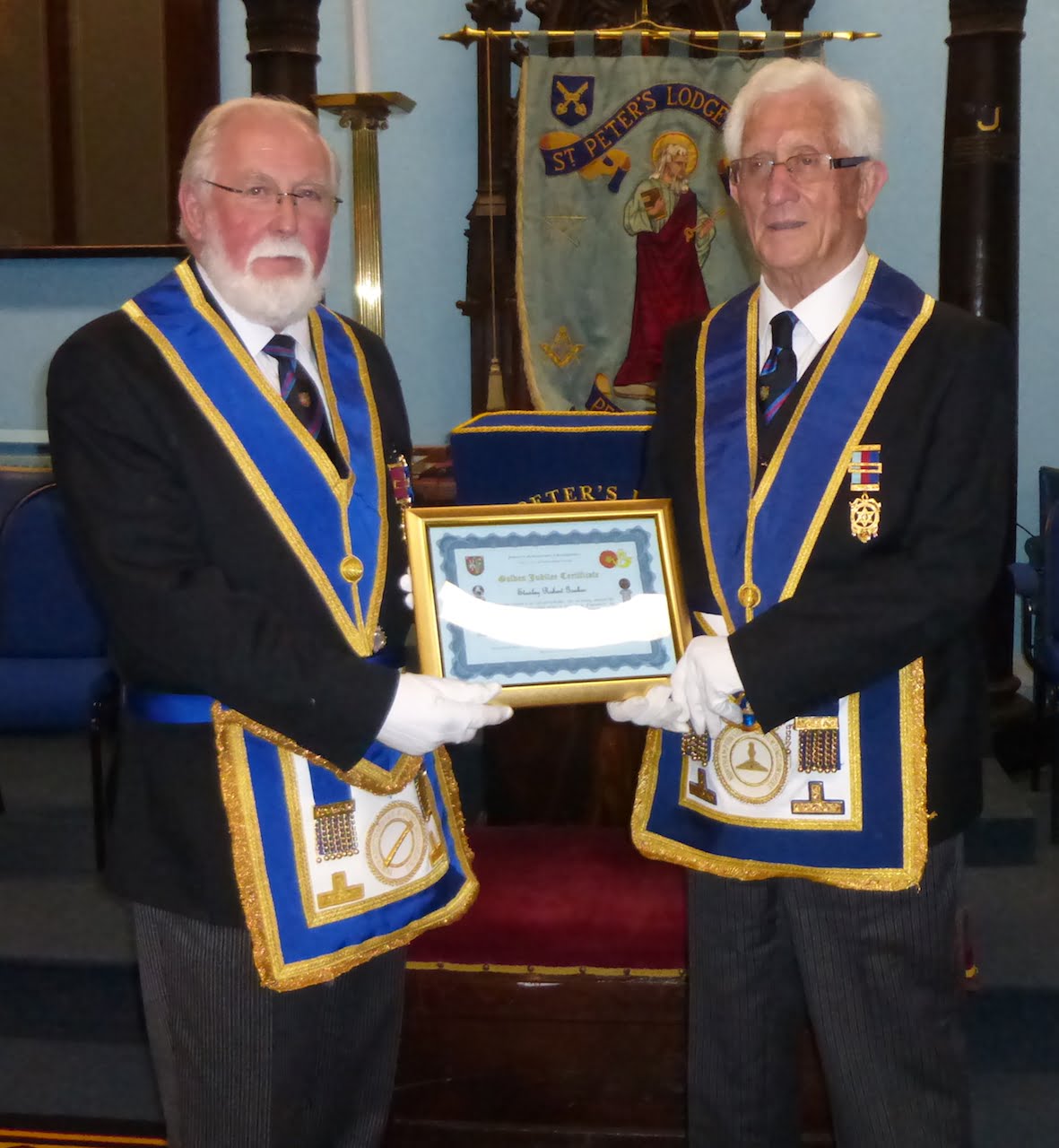 The meeting of St Peter’s Lodge No. 442 held on Thursday the 12th of October 2017 was a memorable meeting for WBro Stan Goakes, who received his 50-Year Certificate exactly 50-years to the day after he was initiated in 1967.

WBro Stan became Worshipful Master of St Peter’s in 1978. He went on to serve as Treasurer and Chaplain.

WBro Stan was also a founder member of Thomas Deacon Lodge in 1984, the same year he received his first Provincial promotion to the acting rank of Provincial Grand Sword Bearer. He subsequently rose to the rank of Past Provincial Senior Grand Warden in 2009.

In The Holy Royal Arch, WBro Stan was a founder member of Dr Oliver Chapter in 1978, and was Most Excellent Zerubbabel in1984. He held Provincial honours in Chapter too, first as Past Assistant Grand Director of Ceremonies in 1994, and then as Provincial Grand Swordbearer in 2009. Also, WBro Stan is a member of St Oswald Preceptory, a joining member of Nanatahala, and was Chairman of the Peterborough Joint Chapter Committee from 2005 to 2017.

Outside of Masonic Life, WBro Stan has been an active member of Soke Round Table, Rotary, Probus, as well as holding various offices with his local Church.

On presenting the certificate, WBro Richard Brice, Provincial Grand Mentor and official representative of the Provincial Grand Master, commented on what an illustrious career WBro Stan had both in Masonry and beyond, serving the community in a much wider capacity.