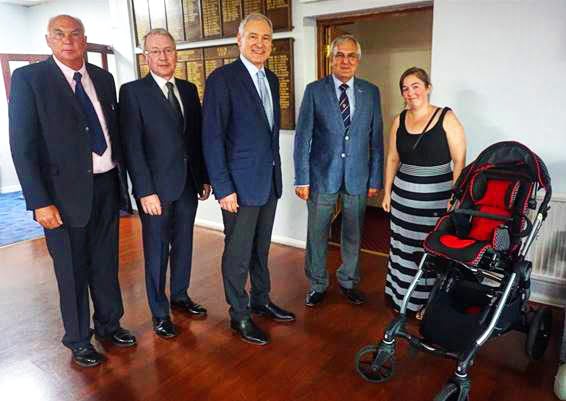 Earlier this summer the South Cheshire Masonic Golf Society (SCMGS) took part in a golfing day designed to have fun, raise funds but most importantly, donate more specialist wheelchairs to grateful recipients and their families. The day was well attended and whilst the golf for some was patchy, isn’t it always, the meal that followed was excellent. The hard work carried out by members and supporters of the SCMGS was given the recognition it deserved by the presence of not one, but two Provincial Grand Masters, RWBro Stephen Blank of Cheshire and RWBro John Lockley of Staffordshire

The SCMGS event, held on 21st June, is one of six run each year to raise much needed funds that are then put towards specialised wheelchairs, ranging in price from £4,000 to £10,000. During its 40 year existence, the society has raised in excess of £270,000 and the recent meeting was a very special occasion as it marked the presentation of their 50th wheelchair – oh and their 51st and 52nd.

Accompanying the PGM’s from Cheshire and Staffordshire were WBro Harry Wright and WBro John Skellern Provincial Grand Charity Stewards for the two Provinces as well as a number of dignitaries and invited guests.

RWBro Stephen Blank said, “It incredible to witness how the members and supporters of the SCMGS quietly yet tirelessly raise money to help people whose lives are changed by the provision of these specialist pieces of equipment. The stories I heard about the difference they have made really is humbling. I know I speak for RWBro John when I say how delighted we were to be at the dinner and to hear first-hand about the human impact Freemasons charitable giving makes.”

WBro Noel Martin Secretary of the SCMGS said “It may only seems a small thing, but giving a child a powered wheelchair not only changes the life of that child, it opens up the world for the whole family. I would like to thank everyone who has donated and supported us over the years, enabling a child to enjoy their life just that little bit more.”

Jack Woodfin from Deeside is pictured below enjoying a day out, made possible thanks to the kind donation of his specialised wheelchair. Jacks mum, Cheryl said “I want to say how incredibly grateful we are for what you have done for our boy. He rides around like the coolest kid on the block and in total comfort! I am so happy and proud to walk beside him.” 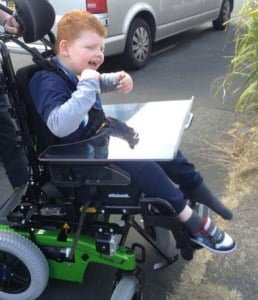 Sophia Ketting, mother of Roman, another recipient, was “blown away” when she heard a wheelchair was going to be provided for her son. Roman was admitted to the children’s intensive care unit at Royal Stoke University Hospital on 15 November 2017. He was diagnosed with Myotubular myopathy, a condition that primarily affects the muscles for movement. People with this condition have muscle weakness and decreased muscle tone, a condition usually evident at birth. The Zippy voyage buggy offers postural support which reduces Romans risk of developing scoliosis and enables mum to transport Roman with ease. Since its provision, the buggy has supported Romans family complete daily activities that many of us take for granted and has dramatically increased the quality of family life. 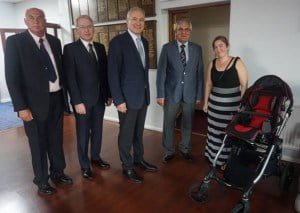 Sophia out and about with son Roman 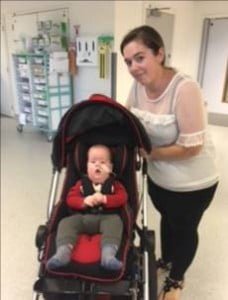 In July, the SCMGS hosted an inaugural ‘Provinces’ trophy aptly named ‘Brothers in Provinces’ which they hope will form an annual event where each Province takes turns in hosting a competition,  – more Provinces will be invited to get involved. 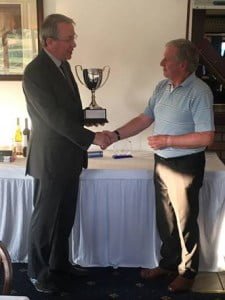