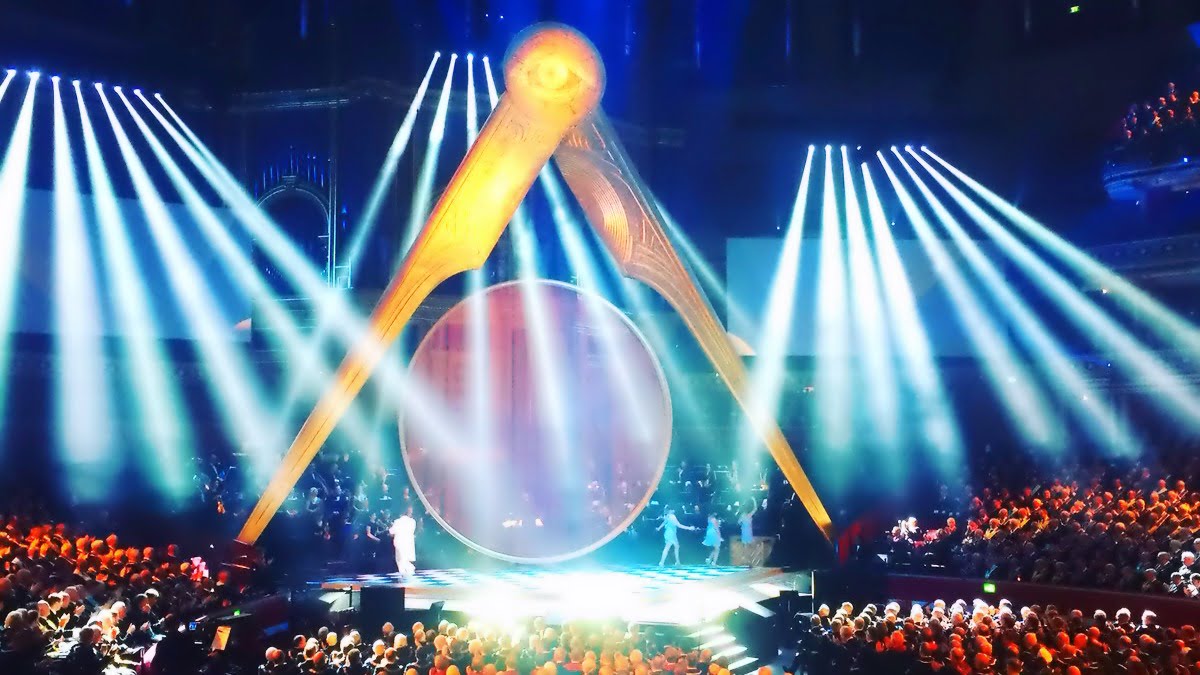 Over 4,000 Masons from 136 Grand Lodges around the world embraced Freemasonry’s rich heritage and relevance yesterday at the culmination of the United Grand Lodge of England’s Tercentenary year • Performances by the renowned Sir Derek Jacobi, Samantha Bond and Sanjeev Bhaskar showcased Freemasonry’s unique history • Monumental 55ft gold Square and Compasses frame a musical performance by the Royal Philharmonic Concert Orchestra • Official Tercentenary celebration presided over by HRH The Duke of Kent, Grand Master. • 2017 marks the founding of the world’s first Grand Lodge in London 1717.

Freemasons from around the world gathered at the Royal Albert Hall to celebrate our Tercentenary. It marked 300 years from 1717 when four lodges had met at the Goose and Gridiron Tavern in St Paul’s Churchyard to form the first Grand Lodge. Presided over by the Grand Master, HRH The Duke of Kent, over 4,000 Masons from 136 Grand Lodges enjoyed a theatrical extravaganza produced and directed by leading impresarios Matthew Mitchell and Richard Clifford. The cast was headed by acclaimed actors Sir Derek Jacobi, Samantha Bond and Sanjeev Bhaskar against the backdrop of a specially created colossal 55ft gold Square and Compasses – the universally recognised symbol of Freemasonry.

The Royal Philharmonic Concert Orchestra, along with soprano Fleur de Bray provided the musical accompaniment. With a combination of entertainment and education, the stunning production featured a dramatic light show incorporating the ‘All Seeing Eye’. The celebration showcased the unique heritage of Freemasonry, highlighting its role and relevance across the ages and in society today.

The Tercentenary event was also streamed live to audiences around the world, including UGLE’s headquarters at Freemasons’ Hall in Covent Garden, London. There are around six million Freemasons worldwide, with over 200,000 in the UK under UGLE.

Speaking of the celebration, Brigadier Willie Shackell, Grand Secretary of the United Grand Lodge of England, said: “The event was a true showcase of what Freemasonry is all about, our unique history and strong traditions and values – integrity, kindness, honesty, fairness and tolerance. I feel that Freemasonry’s role and relevance in society today could not be stronger and we now look forward to our journey through the next 300 years”