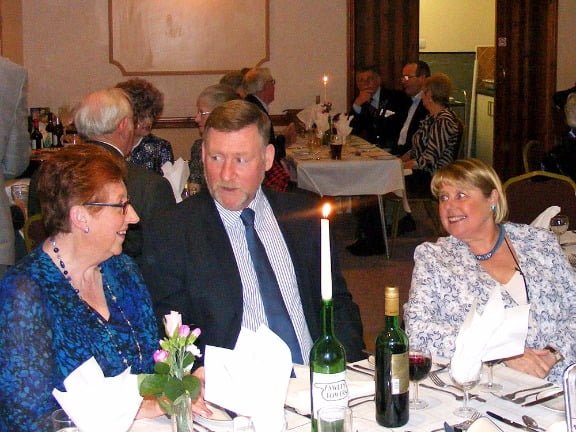 The Worshipful Master of the Amherst Mark Lodge 266, W.Bro Jon Meyer (AKA Basil) and his lovely wife Jooles hosted a Fawlty Towers evening at the Masonic Centre in Sandgate in support of the 2020 Festival. 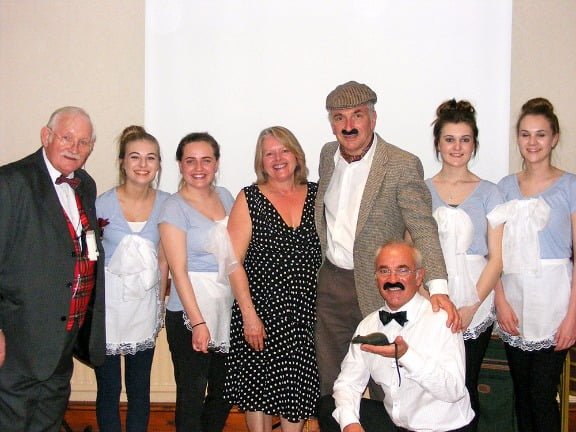 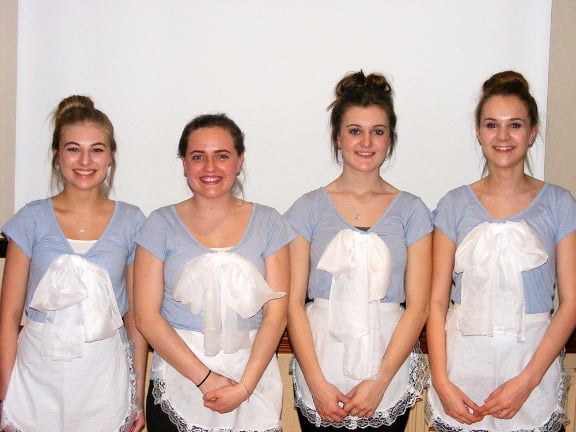 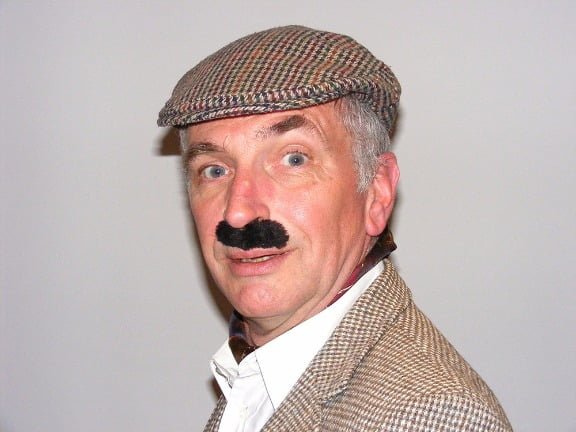 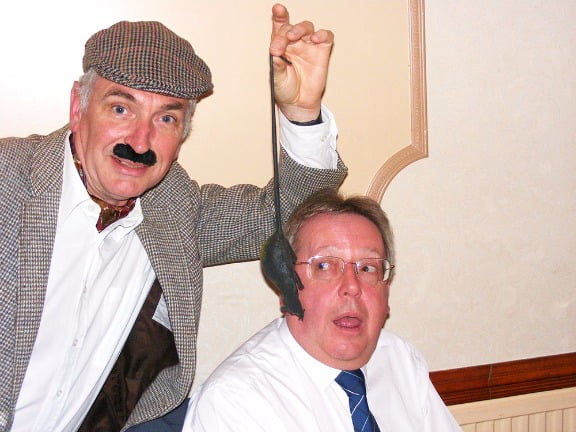 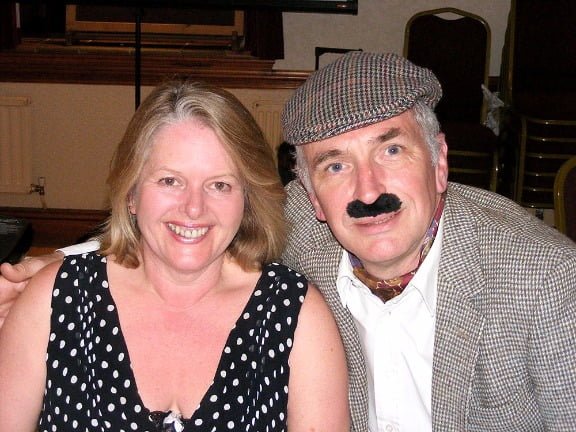 The cast of characters

More than 40 people, many assuming characters from the hit television series attended including a morbidity of Majors, a pandemonium of Pollys, a Manuel and a rat (stuffed) were amongst those in attendance. The evening guests were treated to a nostalgic and classic menu from the 70’s served by the aforementioned ‘Polly’s’. The menu consisted of Waldorf salad or prawn cocktail, followed by chicken chasseur before the guests were treated to a selection of monstrously calorific deserts from Polly’s sweet trolley.

On arrival the evening’s guests, including the Deputy Provincial Grand Master V.W.Bro David Green, were greeted by the Worshipful master and asked while being checked in to choose their own personal favourite episode from the television program before being shown to their seats. Basil (AKA W.Bro Jon) then advised that the evening was being held in memory of the recently departed Senior Warden of the lodge, Bro Jeff Hall who was a great fan of the television series and had often talked about holding a Fawlty Towers evening.

When all of the guests were seated and had secured their refreshments, the evening specials being Babycham, Cinzano, Campari and Dubonnet they were shown the episode of ‘Basil the Rat’ which had received the most votes. Dinner was then served and enjoyed by all before the raffle was drawn. Several food hampers containing much loved favourites from the 70’s were amongst the many prizes donated.

The evening concluded with a viewing of the episode of ‘The Germans’ before the Worshipful Master thanked everyone for coming and making the evening such a success and was delighted to announce that the event had made £240 for the 2020 Festival.