[box type=”info” style=”rounded” border=”full”]A story like this, truly epitomises some of the secrets of the craft – that of friendship, tradition, and history. These events are held all over the world, among like minded people – for the benefit of Charity & Communities. Ed[/box] 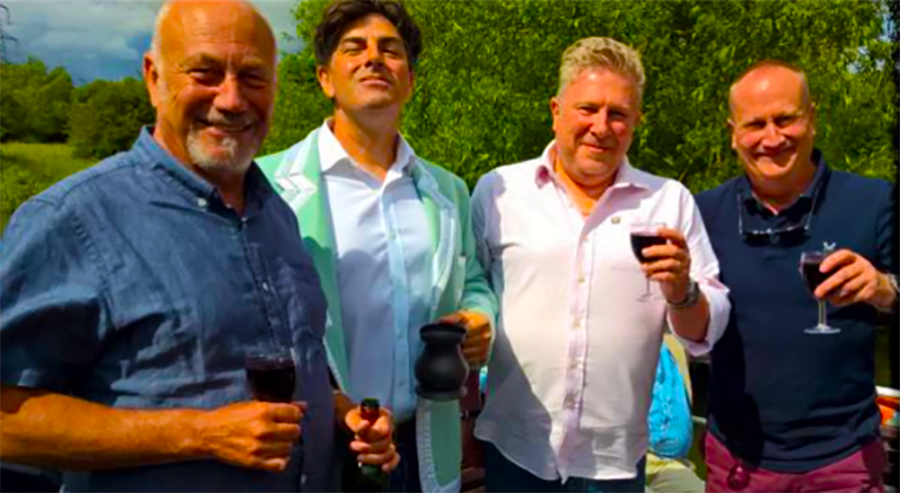 Julian Capewell, Robin Wilson. Stephen Lock and Dave Hargreaves, aboard the MV Wargrave. They are raising a glass to past members of Royal Union Lodge who pioneered this social event back in 1906.

Occasionally, we hear of masonic ‘traditions’ of which in-depth research reveals only recent application. One Cheltenham-based lodge, however, can boast a traditional social event which stretches back unbroken for more than a century.

No doubt through his ‘nautical connection’ . . . he is a member of Lodge of Seafarers after all . . . . Steve Manning was invited to be part of Royal Union Lodge’s annual river boat cruise.

Supplies for the voyage

“We arrived at Spencer’s Café in Cheltenham at 0800 hours to take on fuel . . . . a hearty full English breakfast!” writes Steve. “That gave us the strength to load the charabanc with barrels of real ale, cases of wine and crates of food. It was at that stage I started to wonder if I’d misread the joining instructions and quite how long were going to be at sea!

“However, our transport took us further inland; in fact to Folly Bridge in Oxford, and there we made our rendezvous with the “Wargrave” river boat. This magnificent vessel was built in 1913 and originally powered by a triple expansion steam engine. It was converted to diesel circa 1968.The boat is owned and operated by Salters Steamers, an old family boating firm on the River Thames. The current company was founded in Oxford in 1858, but the Salters were operating out of Wandsworth in 1836 and prior to that in Fulham. 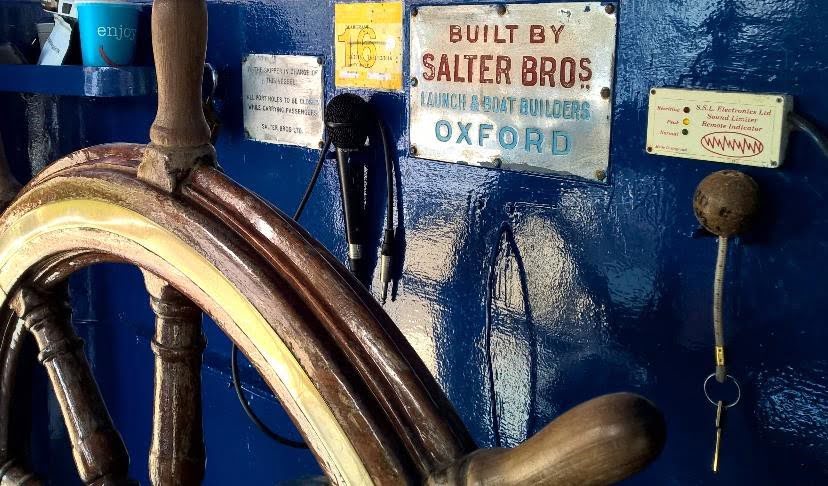 Prepared for a long voyage

“Once victuals had been loaded on board and the ale had been tested and passed fit for further travel, we slipped our moorings and headed downriver. It was not long before the second barrel needed tapping!

The quality of the contents had not diminished during the voyage south, but at this rate, did we have sufficient supplies for survival, I wondered?

“I need not have worried as these experienced matelots had planned the voyage down to the last detail. Arriving at Sandford Lock at ‘two bells’ (lunchtime), the ship’s company was divided into two.

“The first contingent remained on board to devour lunch, whilst the second repaired to ‘The Kings Arms’, a delightful riverside pub, for more ale. The roles were then reversed and we continued with our adventure. 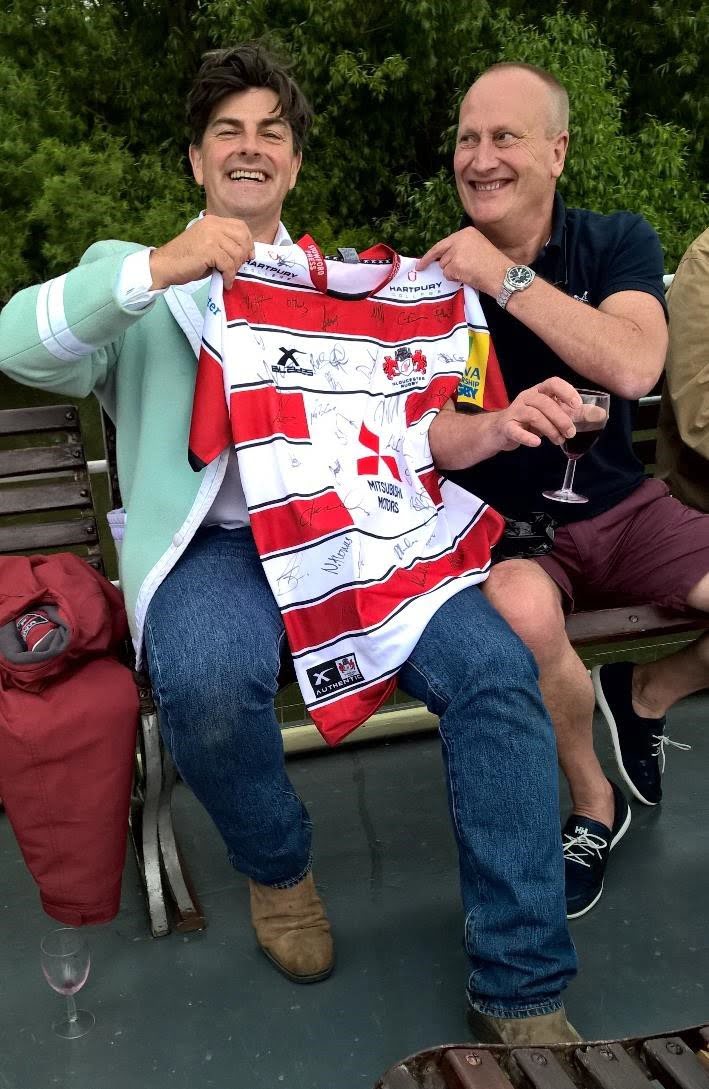 “A raffle and auction raised funds for the lodge, but the WM, Dr Robin Wilson, was clearly  reluctant to release his grip on the signed Gloucester rugby shirt to top-bidder and lodge DC, Dave Hargreaves (right).

“Mysteriously, things got somewhat hazy, but my ship’s log, corroborated by photographic evidence, does indicate we arrived back in Cheltenham early evening. A visit to the Cheltenham Motor Club for a few more ales was followed by an Indian curry, rounding off a thoroughly enjoyable day.

“Now, that’s what I call a tradition worth maintaining for another century at least! I must say it was a pleasure and an honour to be invited to sail with such experienced mariners.”

A Tradition Worth Upholding! 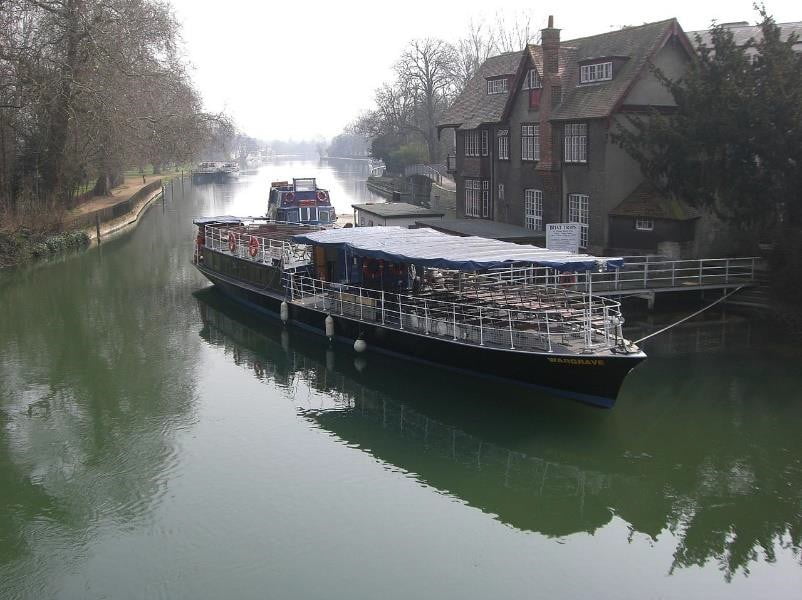 More about Freemasonry in the beautiful Province of Gloucestershire here http://www.glosmasons.org.uk/