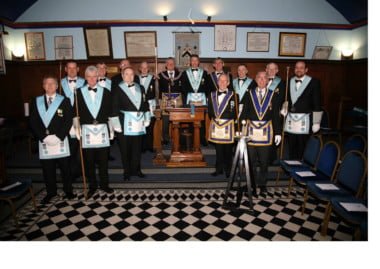 100 years of the Sykes Lodge

The 150 year anniversary of Freemasonry in Driffield was celebrated by holding a special rededication service in the Masonic Hall, Lockwood Street, Driffield, hosted by the Worshipful Master and Brethren of Driffield’s Sykes’ Lodge. More than 120 Freemasons gathered to mark the auspicious occasion, which was presided over by the Right Worshipful Jeffrey Gillyon, Provincial Grand Master in and over the Province of Yorkshire, North and East Riding. ADVERTISING He was accompanied by his team of Provincial Officers, and more than 90 local freemasons and their guests from the surrounding counties. Sykes’ Lodge was formed in 1864 and held its inaugural meeting in the Bell Hotel, Market Place, Driffield.