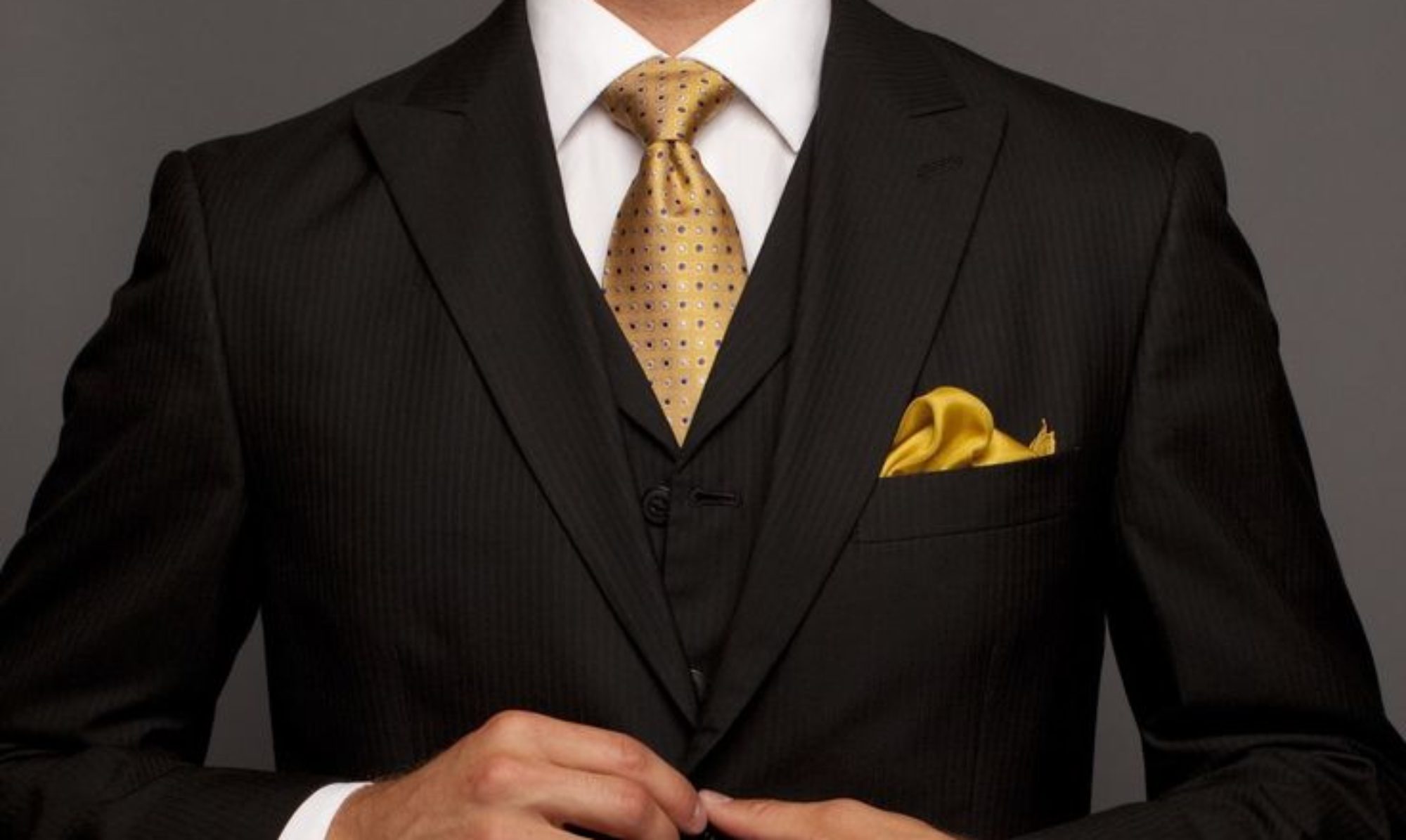 In October 1971, I was raised to the Sublime Degree of Master Mason. It was an evening I shall never forget. It was an experience that will live in my heart and mind until time is no more. I know it was one of the proudest moments of my life. Surrounding me that evening, were brothers who really took an interest in me and each one offered their assistance while I was learning what was needed. The warmth, the feeling of belonging, the brotherly love, and the genuine concern for me was overwhelming. I will never trade those moments for anything in the world.

The ritual work was done to perfection. All the officers who took part in the degrees were extremely proficient. The pride they had in their work was quite evident and the deep feeling of accomplishment was written all over their faces. They walked straight, squared their corners, and held their staffs at the correct angle. What impressed me the most was the fact that no ritual book, not one single book was open during each degree. While the degree was being exemplified, there were no other sounds within the lodge-room. All brothers were concentrating on me, the candidate, while also focusing on the officers performing their speaking parts. It was almost like being in a cathedral. It was a spiritual experience to say the least.

I was also impressed by the fact that when a brother reached the Oriental Chair, he had learned everything in that ritual book from cover to cover. There is a difference between learning the ritual and memorizing it. Only if one travels toward the East is that evident. Even those who sit on the sidelines should recognize this distinction.

After taking each degree, my mentor called to schedule a class of instruction and to see if I would be available to attend any special event that might be taking place. The personal interest shown in me, and my well being was gratifying, for in a world where there are more takers than givers, this was unique. In a society in which man feels so alone, so alienated, it is comforting to be with others who share the same ideals, emotions and experiences. Feelings of warmth, friendship, and potential comfort in times of distress are always present, yet they appear most readily in lodge. After becoming a member of my lodge, I found men who treated me with brotherly love, which relieved the stress of the day. In lodge, I met old and made new friends who demanded nothing from me, and thus, I demanded nothing from them in return.

When attending lodge, the brothers were always well dressed; their shoes were shined, their slacks were pressed and their appearance was always impeccable. It was assumed that proper attire, (shirt, tie, and jacket) would be worn while attending lodge. Now members attend lodge as if they were going to a company picnic, some in shorts, muscle shirts, and t-shirts, others in stained blue jeans. Sneakers, athletic shoes, sandals and all sorts of other footwear have replaced shoes. I suppose it is a lot easier not having to shine your shoes. Socks appear to be optional. Ties are a thing of the past. Open collar shirts and golf shirts have replaced the traditional dress shirt. I truly believe that when Masonry states that, ‘it is the internal and not the external qualifications of a man that Masonry regards,” it does not apply to a dress code. I can readily understand there are circumstances where a brother has just come from his place of employment where jacket and tie are inappropriate and he does not have enough time to return to his home to change his clothes. This should be a one-time, exception occurrence. There is no reason why the proper attire could not be left at the lodge or kept in one’s car. When I mentioned this to a brother, his answer was, “since when do I have to store my wardrobe in my vehicle?” I realized, at that point, it was futile to pursue the subject. “So mote it be.”

Now, forty-six years later, I sit in lodge and cannot believe the drastic change that has taken place. We now have Grand Master’s One Day Classes where a candidate can take all three degrees in one day and then leave with his dues card in hand and a Masonic lapel pin on his jacket. He has taken the degrees in succession with no opportunity to digest the preceding degree. The theory is that the candidate has a mentor to explain the degrees and answer any questions that may arise. This is nice in theory but the reality is that many mentors know less than the candidate does. He now has a dues card stating he is a member of an organization he knows nothing about.

I have also noticed that many line officers do not have the pride in their work that once existed. Having the ritual book open during a degree is the norm, and on many occasions, officers cannot open or close the lodge without reading their respective parts. I attended a lodge meeting one evening where the Chaplain, (a Past Master, no less) had to read the prayers. Even while doing so, he had to be prompted by another Past Master because he had difficulty reading the prayer properly. What a shame! If a mistake is made a shrug of the shoulders, a nonchalant facial expression is given, or a snicker is noticeable. I was also in attendance for a Master Mason Degree when, during the second section, the Senior Warden read his part from a script and made no attempt to conceal this from those brothers present. Compounding this felony, the District Deputy Grand Master for that lodge was in attendance (not as an official visit,) and did not attempt to stop the degree or respectfully speak with the officer in question after the degree. This certainly sets a great example for the subordinate officers. Yet I have the audacity to ask, “Whatever became of the Masonry I once knew?”

I am not sure that we are as proud of Freemasonry as we ought to be. It is the most wonderful institution in the world. Think of its historic past. Since it came into existence, dynasties have disappeared, thrones have tottered, empires have vanished and crowns have crumbled, but our grand order lives on with eyes undimmed, greater, more exciting, and more influential than ever. Today, when so many imagine that history began with their own birth certificate and that compassion for their fellow man is unnecessary, belonging to an order with a great historic past and with the tenets of brotherly love, relief and truth is not only fulfilling, gratifying and uplifting but also, to some of us at least, necessary. Masonry has a great mission to fulfill in the present age, and a great contribution to make to the future of humanity. Identifying and developing successful candidates for line positions within the lodge, is one of the greatest challenges confronting our fraternity today. Furthermore, given the breadth of interest in the continuing goal of achieving, more pressure is being placed on Masters to identify capable brothers and to accelerate their development to fulfill these positions with greater responsibilities and leadership.

We have to stop appointing a brother to a line position just to have a warm body filling that particular chair. Qualifications should be top priority when brothers are being considered for line positions. If a brother is to be appointed to the line, it must instill in him what his specific duties and responsibilities are and we must be certain he understands. He must also be evaluated periodically as to his proficiency, his goals, his leadership, his management skills, his ability to delegate and work well with others. If, after consultation and training, these attributes are weak or non-existent, he should be diplomatically informed that unless he shows improvement in those areas in which he is deficient, he would not be advanced to the next office. Regardless of any improvement, the Senior Deacon’s office should be the last chair he can occupy if most of those attributes are not evident. Allowing a brother to continue under the circumstances causes embarrassment not only for the lodge, but also for brother in question.

Why waste the lodge’s and the brother’s time? Another problem that is prevalent today is the language that is used in some lodges, especially in the banquet hall or lobby. Profanity is the norm during conversations. Some brothers are under the impression that bar room language is acceptable. IT IS NOT! Once I heard a Master use the most vulgar language possible when addressing the secretary. This was during open lodge with the Three Great Lights in full display. At first, I did not believe what I had heard, and was too shocked (like those around me) to bring my dismay to the Master’s attention. What kind of impression are we giving to those in attendance? Is this the reason our older members no longer come to lodge? Is this the reason many new brothers do not return? Some brothers, seem to forget the fact that when others know he belongs to our fraternity, and he acts in a non-Masonic manner, that eyes are upon him, and his language and actions are a direct reflection on the whole fraternity, especially me! These brothers do not think before they act or speak and when they are driving their cars, and someone cuts them off or irritates them in any way, I hope they have the decency to remove their Masonic ring before they “flip the bird.” When your car has Masonic emblems pasted to the rear window or on the trunk, remembers you represent me and the entire fraternity and not just yourself — ACT ACCORDINGLY. Another incident I witnessed was while a candidate was kneeling at our Altar of Obligation, one brother sitting across the room, threw a piece of hard candy across the lodge room, over the Altar and the kneeling candidate to a brother on the other side of the room. This is totally unacceptable! As a dear friend and Brother of mine has stated, “If this was my only example of a Masonic lodge, I would have joined the Knights of Columbus.” Some recommendation!

We can no longer be content to be a member of the “silent majority.” Members are reluctant to express their constructive criticisms in open Lodge. They have no such problem expressing their concerns in the banquet hall after the meeting when it is no longer relevant. Furthermore, in most cases these concerns are not voiced to the offending party. Every time I hear a brother complain about an incident or problem, I mention to him to bring it up in open lodge. It is the right of every member to state his concerns. Whether right or wrong, he still has that right as long as he presents them in a respectful and brotherly manner. He can and must be heard. Most often, the brother states that he is afraid that voicing his criticisms or opinions will be regarded as un-Masonic conduct. This is completely erroneous. The un-Masonic conduct was on the part of the Master when he used profanity in open lodge and not on any brother who may have complained.