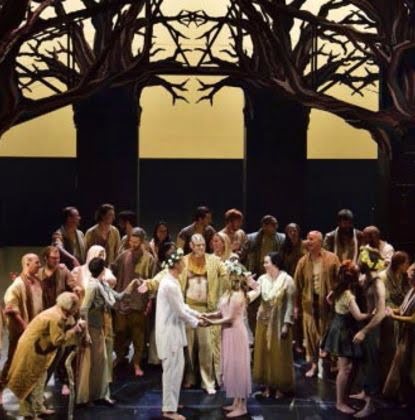 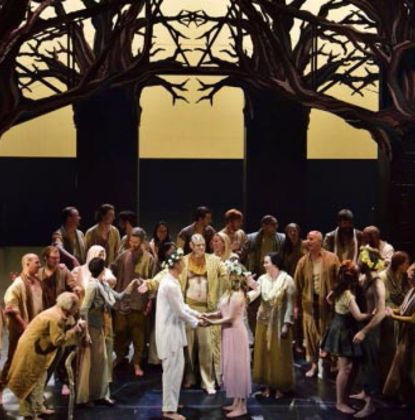 The Magic Flute takes us into a magical world created with magical music, a magical set and some magical singing.

The story of The Magic Flute focuses on the triumph of reason and virtue over irrationality and the amoral. This concept was important in Freemasonry, which was popular during the Enlightenment of which Mozart was a card-carrying member. The opera’s plot borrows symbolism from Masonic ritual, in which members progress through levels of self-understanding in a personal quest for knowledge.

The opera is set in ancient Egypt and its story centres on Tamino, a young prince who enters a quest to win the hand of the princess, Pamina. To marry Pamina, Tamino must undergo a series of initiation rites that test his dedication to reason.

Throughout the story, Tamino is caught between two powerful, symbolic figures. Sarastro, the high priest of Isis and Osiris, leads Tamino through his search for wisdom and symbolises the power of reason while The Queen of the Night tries to destroy Sarastro and lure Tamino and Pamina into her power; she represents irrationality and superstition.

But there is also the notion of not being bound by any moral concepts reflected in Tamino’s companion, Papageno, who is only interested in the pleasure to be gaining the hand of Papagena.

The music and the singing range from the dramatic and serious, reflecting the moral principles behind the actions of Tamino and Sarastro to the lighter whimsical sequences involving Papageno and his Papagena.

The singers need to reflect these concepts in their singing and actions, to establish the contrast between the various types of characters that Mozart creates.