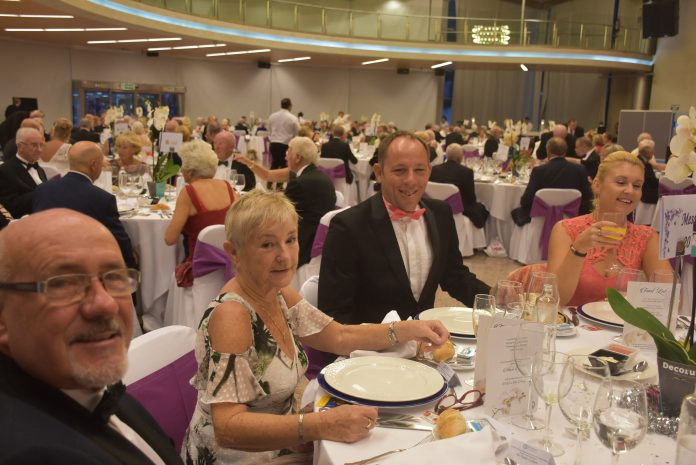 On Saturday, 20th October, the Provincial Grand Lodge of Valencia, held their annual Ladies Night at the Hotel Grand Bali, in Benidorm. This is one of the most prestigious Masonic gatherings of the year, held by the Province and run under the auspices of the Provincial Grand Master, RWBro Michael Shilan and his lovely wife Muriel.

It is a time when Freemasons from all over the Province gather together to pay tribute to, and say thank-you to, their long- suffering wives. Throughout the Masonic year most Freemasons attend an enormous number of meetings and many charity functions to raise money for the less privileged and deserving causes.

Throughout the year our wives have a lot to put up with. Either through not seeing their husbands for a sufficient amount of time or being asked to help out at various functions. 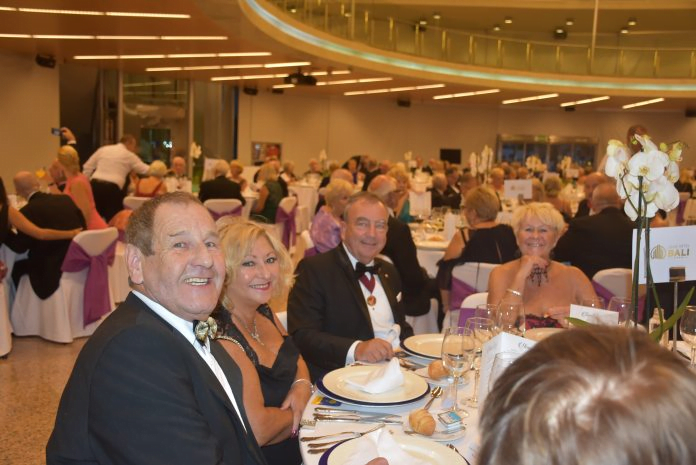 In general, our wives do so without thought or complaint, sometimes at a huge cost to themselves and always taking valuable time and effort. This meeting is our way of saying thank-you for all their help and support. I think most Masons would agree that without the constant support of their better halves they would not be able to do as much, or enjoy their Masonic tasks to the same extent.

The meeting opened at 1815, with a cava and canape selection. Later at 1915 a four-course meal was taken by all. Music was supplied, in the first instance, by the ever-popular WBro Ian Henry who played and sang a huge variety of music in his usual excellent manner. Later, local group, Black Glitter, took over and played many songs designed to entice the by now replete diners onto the dance floor. They succeeded!

For the slightly more formal aspects of the evening, the Master of Ceremonies, WBro Clifford Gingell, presided over the proceedings with his usual style. The loyal toast to HM King Felipe VI was given by RWBro Michael Shilan, the toast to the Ladies was given by WBro William Russell in his inimitable style and the Ladies song was rendered in excellent manner despite the singer, RWBro Jeff Hyde, having an awful cold. 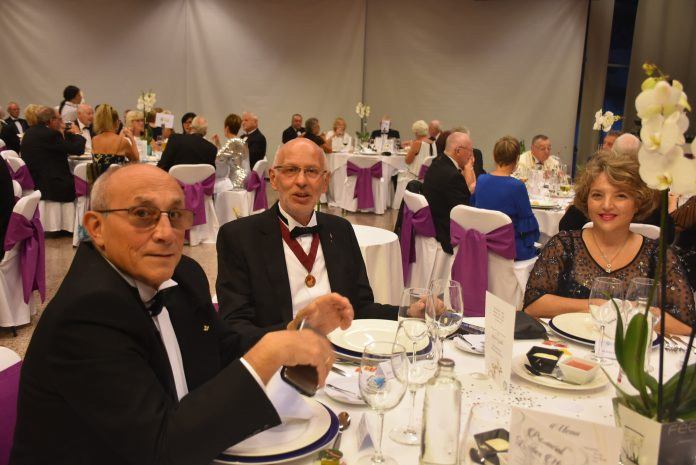 Mrs Muriel Shilan then responded to the toast with an eloquent and witty speech which was appreciated and enjoyed by all, particularly the Ladies.

A grand charity raffle was held which raised the magnificent sum of one thousand five hundred and eighty euros. This money, along with other monies raised throughout the year, will be used, by the Province, to sponsor under-privileged children to go to a summer school in Guadalest.

This has now become an annual event having been supported for the last four years. Each year we have managed to support more children than the last and this year we managed to sponsor a record forty-two children to visit the school and for the coming year we hope to beat the record yet again. This was an immensely successful evening and I believe most of the Masons, Ladies and guests thoroughly enjoyed it.