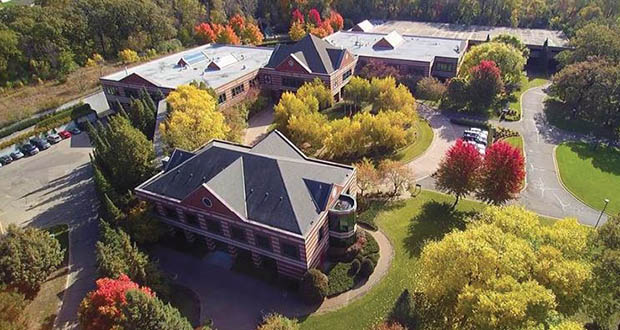 The University of Minnesota has announced a $35 million gift from Minnesota Masonic Charities, an organization that is the University’s largest single donor. This contribution will establish and name the Masonic Institute for the Developing Brain, an interdisciplinary initiative focused on the early diagnosis, prevention and treatment of neurodevelopmental disorders in early childhood and adolescence.

Led by the University’s Medical School and College of Education and Human Development (CEHD), this unique institute will bring together teams of researchers and clinicians who study how the brain grows and develops during early childhood and adolescence—formative years when the brain is most receptive to positive intervention.

Working together under one roof at the site of the former Shriners Healthcare for Children campus in Minneapolis, an array of experts will tackle such disorders as autism, ADHD, cognitive delays, drug addiction and severe depression, conditions that can often be identified early and have lifelong consequences.

University of Minnesota President Joan T. A. Gabel, who has made student mental health one of her top priorities, believes the support will improve lives when it matters most. “Early support of brain health sets the stage for everything to come in life,” she said. “Thanks to the Masons’ transformative gift, the Masonic Institute for the Developing Brain will help ensure that children have the strongest start for a safe, happy and productive life.”

In addition to the lead gift from Minnesota Masonic Charities, the University has received generous philanthropic investments in the new institute from the Lynne & Andrew Redleaf Foundation, Otto Bremer Trust, Blythe Brenden-Mann Foundation and Drs. Gail A. Bernstein and Thomas J. Davis Trust.

The institute’s mission commits the University’s world-leading expertise in neuroscience, imaging, child psychology, adolescent psychiatry, developmental disorders and related fields to study precisely how the healthy brain grows and what throws it off course. With this knowledge, doctors and other mental health providers can get young brains back on track before early stressors—such as malnutrition, trauma and exposure to toxins—lead to lifelong complications that can have huge social and economic costs.

“During critical periods—particularly a baby’s first 1,000 days and adolescence—the brain still has the ability to rewire its connections and make positive, lasting changes,” said Dr. Jakub Tolar, dean of the Medical School and vice president for clinical affairs. “Early intervention is often a key.”

Access is another hurdle facing those who may suffer from symptoms of mental health conditions. That’s a challenge CEHD Dean Jean Quam believes expertise in her college can help address. “Our work in interdisciplinary training, telehealth and community outreach will increase access to families and serve as a model for collaboration.”

The institute’s co-directors, Michael Georgieff and Damien Fair, will lead the institute’s cross-disciplinary team of clinicians and researchers. Georgieff, who holds appointments in the Medical School and CEHD, is founding director of the University’s Center for Neurobehavioral Development. Fair, a national expert in behavioral neuroscience and brain imaging, was recently recruited from Oregon Health & Science University and will join the CEHD and Medical School faculties in July.

Slated to open at its East River Parkway location in fall 2021, the Masonic Institute for the Developing Brain will form a research triangle with M Health Fairview University of Minnesota Masonic Children’s Hospital and the University’s Biomedical Discovery District. The 10.2-acre property includes a two-level building with a hospital, clinic, and support area, as well as conference space and an attached parking lot.