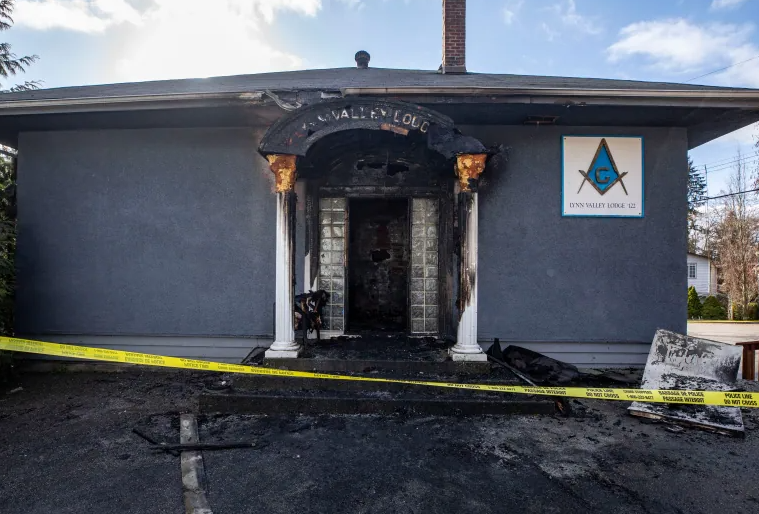 Benjamin Kohlman, 42, was charged last week with arson and assaulting a police officer in relation to a fire at a Masonic temple near Rupert Street and East 29th Avenue in Vancouver on March 30.

On Tuesday, he was charged with five more offences: two additional counts of arson and three counts of break and enter to commit arson. A fire official said more than two dozen firefighters worked to put out the fire at Lynn Valley Lodge last week after the alleged arson there. (Ben Nelms/CBC)

On March 30, fires were reported at three Masonic halls over the span of about an hour between 6:30 and 7:30 a.m. PT: the Lynn Valley and Duke of Connaught lodges in North Vancouver and the Park Lodge Masonic Hall in Vancouver.

Kohlman was arrested just before 10 a.m. in Burnaby near North Fraser Way and Marine Way, about a 20-minute drive from the location of the last of the fires, police said last week. The entrance to the Park Lodge Hall in Vancouver was taped off after the alleged arson. (Christian Amundson/CBC News)