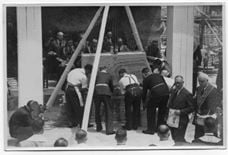 The first Masonic Hall in Hong Kong was built in 1846 by The Zetland Lodge No. 525, English Constitution and was named Zetland Hall in honour of the Lodge that built it. The Zetland Lodge itself was named as a compliment to the then Grand Master, Thomas, Second Earl of Zetland, who was The Grand Master of the United Grand Lodge of England from 1844 to 1870.

In 1865 this hall was replaced by a second larger and more impressive building in Zetland Street in the Central business district. This second Zetland Hall lasted until 1944 when it was destroyed by American bombing, Hong Kong then being under Japanese occupation.

Between 1945 to 1950 the Freemasons of Hong Kong met in temporary premises while a site for a new hall was found. Work on the third and present Zetland Hall at No. 1 Kennedy Road began in 1949 and was finished in January 1950. The Hall was dedicated to Masonic use in an impressive ceremony on 30 January 1950.

On Sunday, 30 January 2000, a Service of Thanksgiving conducted by W. Bro. The Reverend John Chinchen, assisted by W. Bro. The Hon Mr Justice Godfrey VP, PJGD, was held to mark the 50th Anniversary of the re-dedication of Zetland Hall. After the service a new War Memorial in honour of those Freemasons in Hong Kong who fell in the two World Wars was unveiled and dedicated by R. W. Bro. A. E. Gomes, MBE, Provincial Grand Master of the Provincial Grand Lodge of the Far East, Irish Constitution, W. Bro. R.W.C. Mok , MBE, PJGD, Past Deputy District Grand Master , English Constitution, and Bro. David Lam BEM, W. District Grand Bible Bearer, Scottish Constitution, all of whom were interned as Prisoners of War in Hong Kong between 1941-1945.

Read more about Freemasonry in China 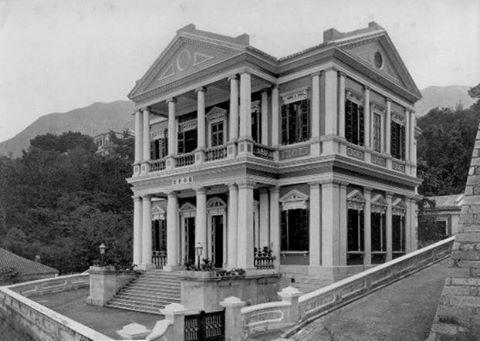 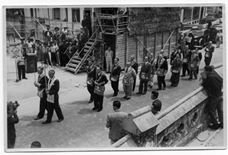