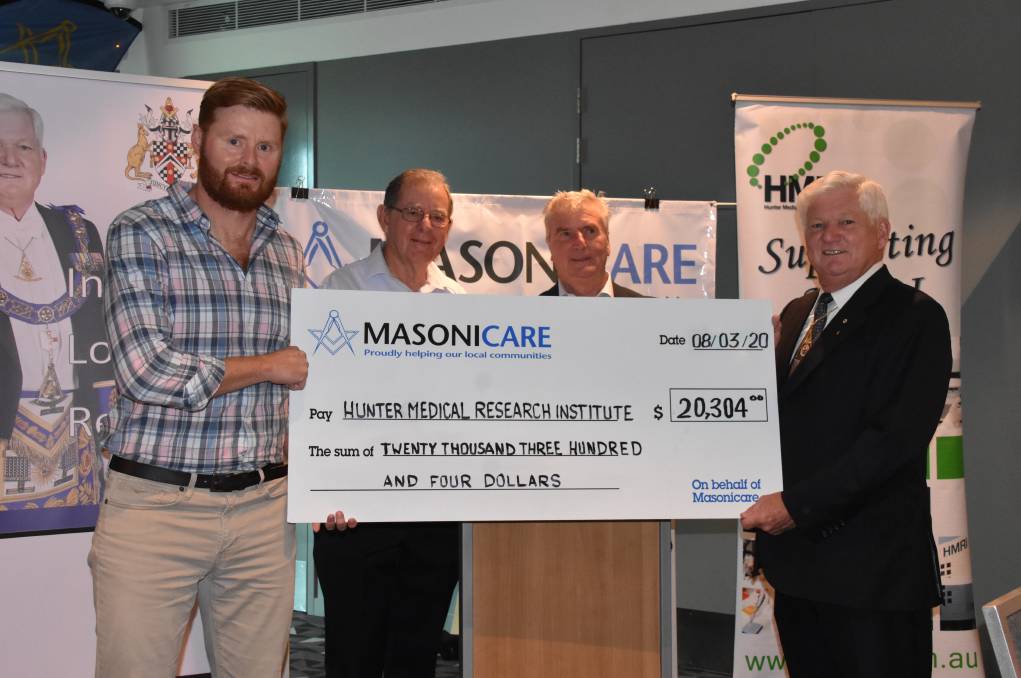 TWENTY thousand dollars has been donated to the Hunter Medical Research Institute by   in an effort to help researchers find a cure for an aggressive brain cancer.

The fundraising campaign was the joint effort of eight local districts and Masonicare, with the funds presented to Dr Matt Dun during a ceremony at Club Maitland City on Sunday.

Masonicare officer Ray Leggett said the groups from across the Hunter raised more than $10,000 to help Dr Dun’s research into the cancer.

“It [cancer] has an impact on the whole population but when cancer affects young children then it touches the heart,” Mr Leggett said.

“It’s important we all do our part to help out.”