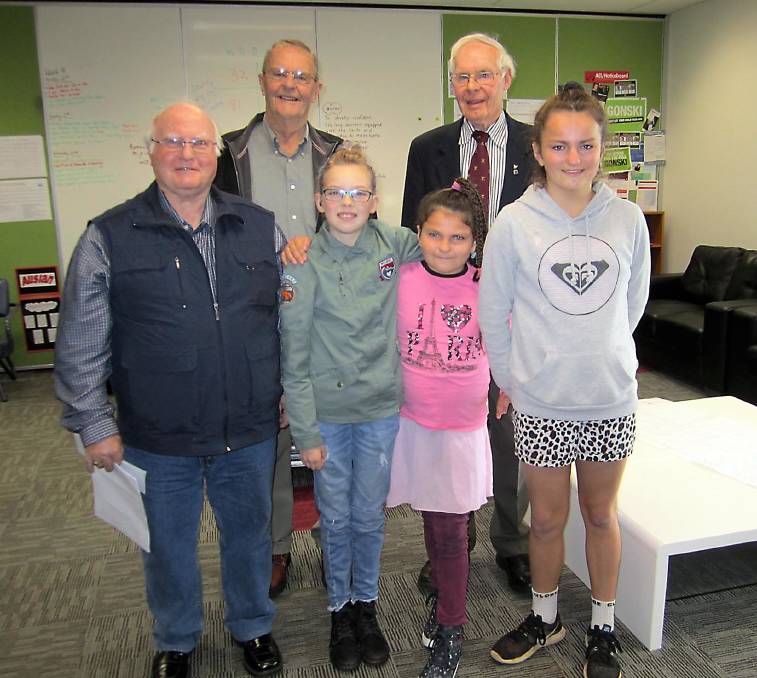 Three Somerset Primary School students were given a surprise when three members of the North-West Masonic Benevolence Society made a visit to the school.

Sisters Jazmyn and Savannah Chalmers and their friend Chelsea Willcox, who is profoundly deaf, were presented with a $900 cheque by the committee members.

The society assists organisations on the North-West Coast who are involved in the care of the aged and people with disabilities.

The resources of the society have been made available to finance the attendance of nine profoundly deaf children to attend a three day camp for the states deaf children at Hagley Farm School in November of this year.

Committee stalwarts Dick McKenna, Ken Knight and Gerry Gunton came to the school by arrangement of North-West teacher for the deaf Michelle Dazeley.

The value of the camps as an exchange venue of good supportive information for both the students and their families was stressed by the teacher and backed up by the elder of the pupils who had attended a camp previously.