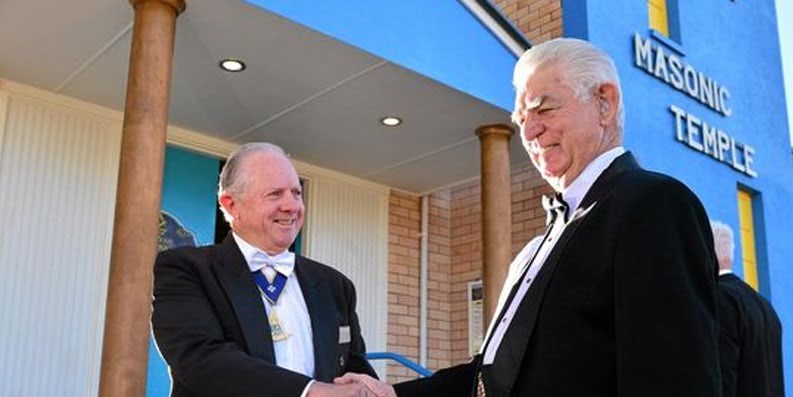 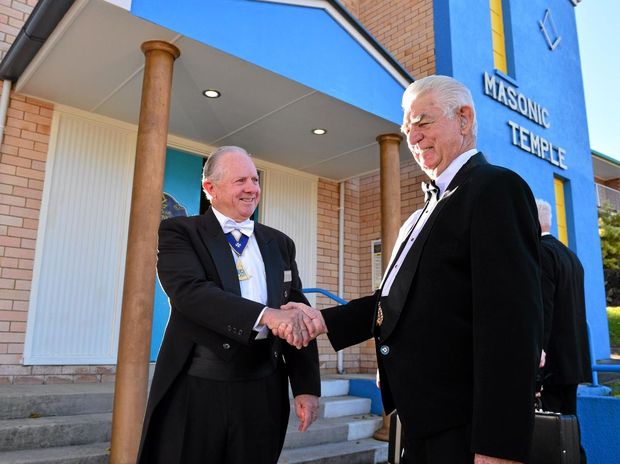 IT’S his second time in the hot seat, but Cecil Hamley is not taking lightly his induction as Worshipful Master of the Freemasons’ Nambour Lodge.

“It’s still an experience, a new one,” he told the Daily before the Grand Master for the United Grand Lodge of Queensland, Alan Townson, placed him on the chair of King Solomon at Nambour Masonic Centre yesterday.

Mr Hamley was Master of the Maroochydore Lodge in 1998-99 but his induction into leadership this time around came with a special honour.

“It’s very exciting to have the Grand Master himself and the team here to place me on the chair of King Solomon,” he said.

“That is a big privilege. Normally you get an assistant or a deputy, or a representative will put you in the chair but this is very rare for the Grand Master.”

The Grand Master has been newly appointed himself, taking up the role at the start of July.

For Mr Hamley, the ceremony is significant, and it goes to the heart of Freemasonry.

“We do ritual work which dates back from time immemorial and it’s all centred around the building of King Solomon’s temple,” he said.

There is a general belief Freemasons were shrouded in mystery, but Mr Hamley said the rituals were the only secret the group kept.

“Other than that it’s like any other group or charity,” he said.

“All you have to do to become a Freemason is to become a good, upstanding type of person who is charitable and who endeavours to do the right things and be friends with everybody and anybody.

“We’re non-religious; the only thing you have to believe in is one supreme being.”

Mr Hamley has been a Freemason since the mid-1970s, but said he came late to the calling, joining after he left the air force.

Now a member of the Nambour Lodge, he said he was looking forward to leading the lodge.

“We’re one of the smaller ones, but we’re looking for new members,” he said.

“It’s an exciting time but it’s a lot of effort attached to go into it and you’re in charge of everything and you have make sure it runs smoothly without any upsets.”