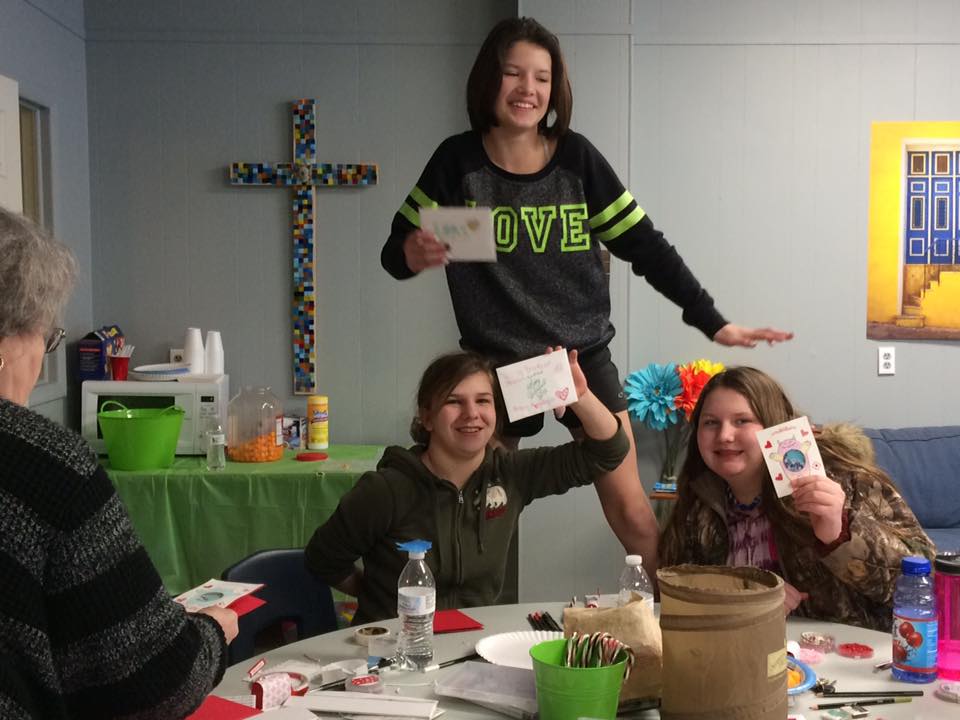 INDIAN RIVER- The GLOW Community Center in downtown Indian River has received a large donation from the Michigan Masonic Charitable Foundation to help the center continue their mission for community outreach programs.

The center was opened late last year, and has since offered a place for students from the Inland Lakes Secondary School to come do homework, socialize with other young people, or play games three days a week.

“Anything they need to do,” said GLOW Administrator Sue Fielder. “They have somewhere to go.”

The Michigan Masonic Charitable Foundation made a donation to the center of $18,900 through their BEST grant. These funds will be used to bring in technology such as computers, an overhead projector and some lesson plans for the kids who participate in after school programs. They would also like to find a permanent site manager for the community center to oversee the day to day operations.

Walter Wheeler, executive director of the Michigan Masonic Charitable Foundation, said the Masons are a fraternal organization that has been around for many years, with the first lodge coming to the state in 1757. The Charitable Foundation has been doing a lot for quite some time, giving away over $100 million since 2000 to charitable programs.

“The BEST grant is kind of new,” said Wheeler.

The grant was started last year when the chair of the board came to Wheeler and said they needed to to help in some way with the Flint water crisis. There was a contingency fund set aside that hadn’t been used and $100,000 of that fund was given to Flint Community Foundation to help the children of Flint with the long term health effects of the water crisis.

That was an eye opening experience for the Charitable Foundation, and was the biggest community outreach they had done. They wanted to do more for communities around the state, including teaming up with Mitch Albom to help people in Detroit, committing $5 million over the next 10 years.

“That made us think, we need to do stuff for the rest of the state too,” said Wheeler. “So we started our BEST grant program in which we’ve also committed $5 million for the next 10 years for other charities around the state. Your grant was our second go around.”

“But it’s for smaller community charities,” said Wheeler. “We’re just really happy to be able to be here and to present you with this check for $18,900.”

The community center, leased by the Indian River United Methodist Church in the old Indian River Lighting Store, started with one phase, opening for the children of the community. They are also currently working on finishing a handicap bathroom in the facility in an old storage area, which will also be opened up in the future for card games such as euchre, pinochle and other entertainment.

Many of the youth who go to the community center are also looking to start up a band and use the space to play games such as ping pong, air hockey and other things after school. It is also the center’s goal to start a recovery program, Celebrate Recovery- Habits, Hurts and Hangups.

“That will probably be happening the first part of May,” said Patti Harpole, community center director. “It’s not about alcoholism or substance abuse, it’s about all habits, hurts and hangups people have, self esteem issues, overweight issues, abuse issues, all of those things that come along with that.”

The center is currently open Tuesday, Wednesday and Thursday during the week from 3-6 p.m., but in the near future, those hours may be expanding to develop into more of a community center. There will be certain activities scheduled throughout the week for people to come in and participate.

“We’re really phasing things in, to make it more of a community center,” said Fielder. “A lot of people think it is just a youth center, but that was just our first phase.”

There are also plans on starting a senior citizen ministry program, as well as card playing, puzzle making, line dancing and many other fun activities.

Fielder said the community has been generous with donations and support of the center. The Kiwanis Club has made donations, which will help to finish the handicap bathroom, and Ken’s Village Market has donated snacks for those who use the center. Christopher’s Restaurant has also donated multiple items. The Indian River Do It Center donated all of the paint used to paint the inside of the facility.

“We are starting on a wall, too,” said Fielder. “A thank you wall of all of the people who have donated. There have just been numerous donations. A lot of volunteers coming in and doing stuff. A lot of our equipment has also been donated.”