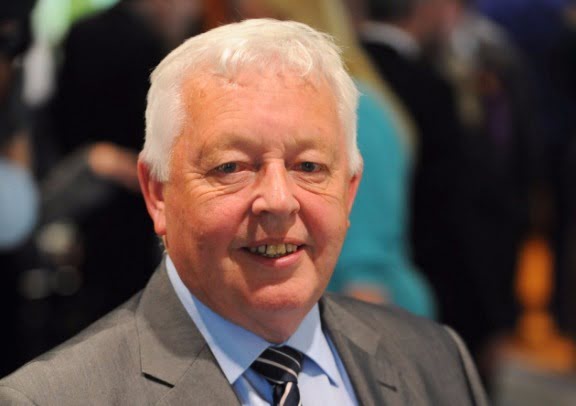 Two Freemason leaders in Great Yarmouth have been banned for life and another two suspended from the Masonic Association after financial losses of almost £17,000 were discovered at the lodge.

The committee of the Great Yarmouth Masonic Association (GYMA) took the action against its four members in March following an investigation into its finances by accountants which unearthed the financial shortfall in 2015 at its Royal Assembly Rooms base on Albert Square.

The GYMA’s former vice chairman Ronald Hanton, a former police inspector and serving Great Yarmouth Borough councillor, as well as former managing secretary Mervyn Jermany were both suspended from the Association for six months from April 6.

The GYMA stressed that the action in no way implied that there was “any misappropriation of funds or fraud” by any of the four men.

But it said in a statement it took the decision because it had suffered “some significant financial losses due to standards of management and accountability which were poor and had allowed those financial losses to go unchecked over a period of years”.

But Mr Hanton and Mr Hollowell disputed the action taken against them.

Mr Hanton, who is standing for the Conservatives in the upcoming County Council elections for the East Flegg ward, said: “The sanction applied to me is merely because, ‘things happened on my watch.’

“I consider that this disproportionate course of action is both unreasonable and unjust and accordingly has necessitated me seeking legal advice.”

Mr Hollowell’s lawyer said on his behalf: “The decision to expel can only have been founded on bad management, which is not accepted or recognised by Matthew. A permanent exclusion is therefore disproportionate and unreasonable.” He is looking to appeal the decision to expel him.

The Freemasons raise funds for good causes across Norfolk, but following allegations made at its Yarmouth association a police investigation was launched.

Accountants, who investigated in 2015, found there had been a “financial loss” but police said there was not enough evidence to prosecute any one person.

A special meeting was held on Tuesday, April 18 by the GYMA’s members to discuss what happened. According to the GYMA, they suffered significant financial losses. This relates to bar stock and bar takings at the Royal Assembly Rooms.

According to a report compiled by the GYMA, seen by this newspaper, a finance committee was formed and first met in July 2015 to discuss the shortfalls. The GYMA said an initial shortfall of £10,000 was found.

The managing secretary, Mervyn Jermany, was removed from his position in August 2015 and treasurer Matthew Hollowell was replaced. Former chairman Peter Armes, meanwhile, had already been replaced in November 2014.

GYMA contacted Norfolk Police who suggested that the GYMA bring in accountants to investigate. They hired Larking Gowen to look at the financial accounts.

The accountant’s report, finished in November 2015, found a shortfall of almost £17,000 over the last two years.

Larking Gowen concluded: “We recommend that as a result of our investigations, there is suspicion of sales not being accurately recorded and accounted for in the accounting records.”

• Accounting records from before 2014 were missing. Records from the previous five years should have been available but could not be found.

• There was “lax” oversight of accounting

• There was poor stock control systems and till systems

• Mervyn Jermany, the managing secretary, was responsible for cashing up money and banking it but he was “haphazard” in doing so.

They recommended new accounting systems should be put in place which has now been done.

The GYMA passed Larking Gowen’s report on to the police who reached the conclusion earlier this year after their investigation finished that there had been a financial loss but there was not enough evidence against any individuals to prosecute.

Police said they took the decision to not take any further action in January 2017.

A Norfolk Police spokesman said: “The allegation was investigated as far as reasonably possible, however the case has been closed due to an assessment being made on the available evidence and this considered to being insufficient to prove beyond all reasonable doubt for likely conviction at court.

“No further action will be taken unless further evidence comes to light.”

Mr Jermany said he did not wish to comment on the matter. Mr Armes has not responded to a request for comment.