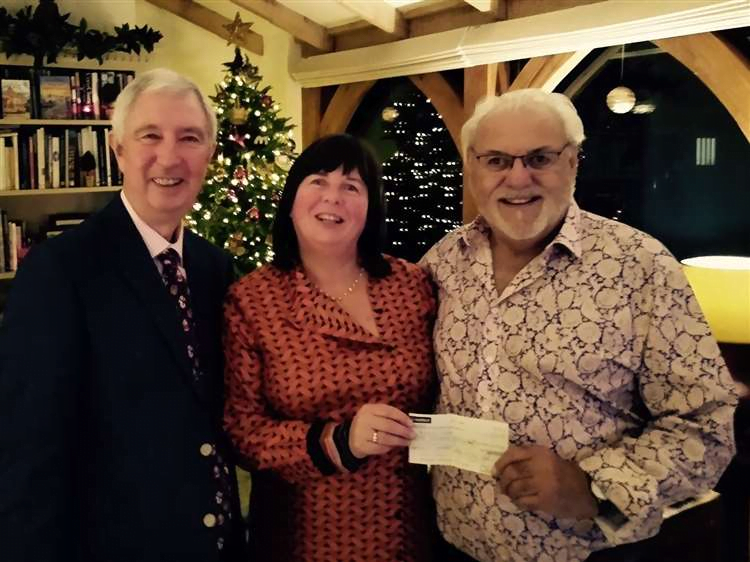 Spalding Freemasons Colin Ward and Steve Watson, of Welland Lodge, were pleased to donate a cheque for £500 to Carole Hughes, a joint founder of the Anna’s Hope Charity.

Anna’s Hope is the east of England’s leading brain tumour charity committed to giving hope and support to children and young people with brain tumours in the region.

The charity is inspired by Anna Olivia Hughes, who tragically died from a brain tumour aged only three years and eight months old.

The charity was set up by Anna’s parents, Rob and Carole Hughes, along with her five Godparents in October 2006.