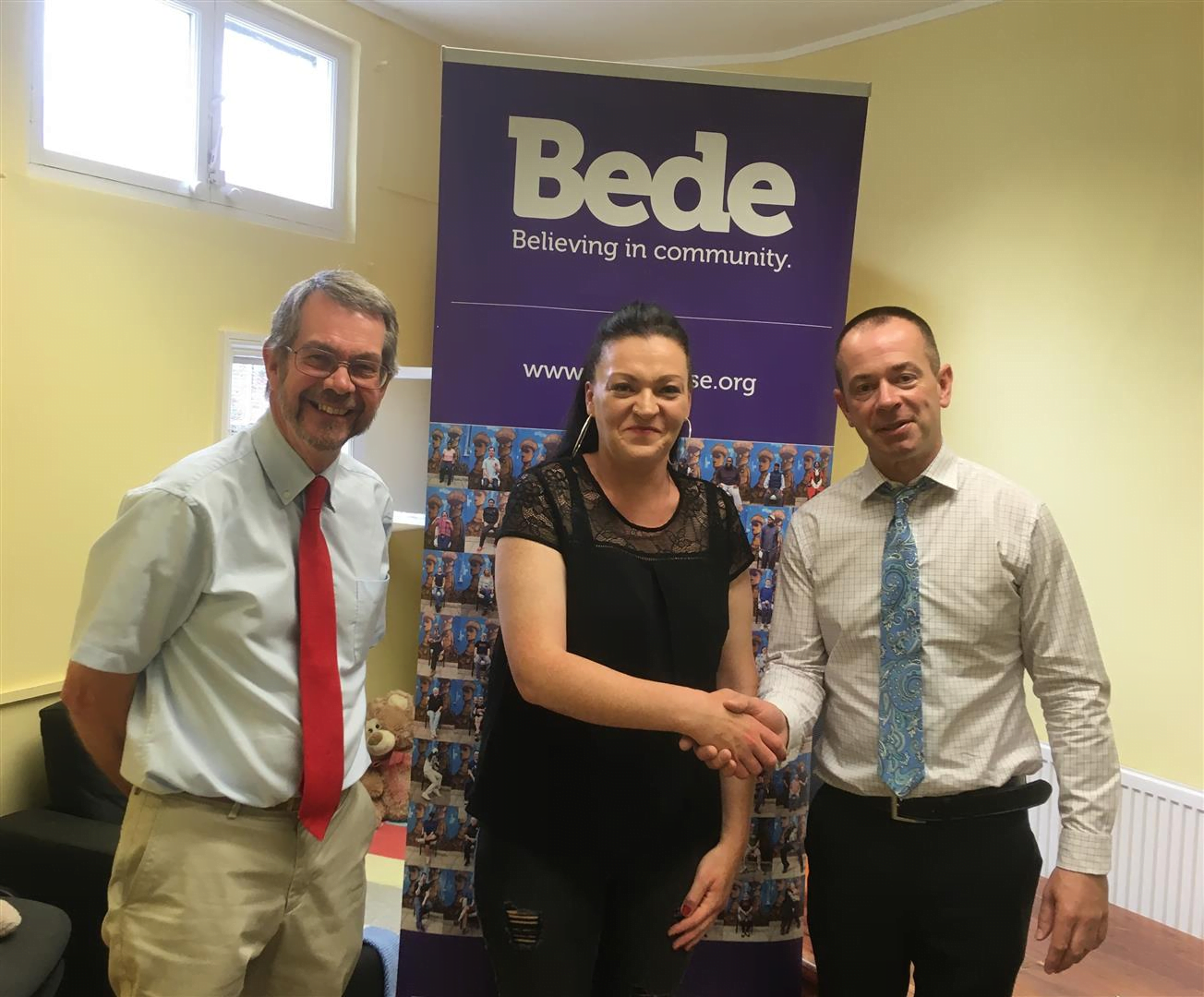 The London Masons and the Masonic Charitable Foundation has donated £10,000 to Bede House, for those suffering from domestic abuse in South London to receive help from a nationally recognised programme
The grant to the Bede House charity’s Starfish Domestic Violence Project in Bermondsey will help to support hundreds of women through advocacy, counselling, legal advice, support with police and court visits and the biannual Freedom Programme peer support group.

The Freedom Programme is a nationally-recognised, 16 week group programme which uses a structured framework to educate women about patterns of male-perpetrated abuse. The course supports women to understand past experiences and identify warning signs of abusive relationships, empowering them to safeguard themselves and their families in the future. The demand for Bede’s service is ever-increasing: in 2016/17 the Starfish Project supported 229 clients, a huge increase on 156 clients the previous year.

Southwark has one of the highest levels of domestic abuse in London, with an average of 2,200 -2,400 recorded incidents a year. In the UK, Domestic abuse is often a hidden crime, and not reported to the police. This is why the estimated number of victims 2,842 (figures from Mayor of London) is much higher than the number of incidents and crimes actually recorded.

Bernadette, who has suffered from domestic abuse and has benefitted from working with Bede House (see photograph) said: “Bede gave me the confidence to leave my abusive partner, without their support I wouldn’t of had the strength to leave. I am glad the Masons are supporting Bede. Thank you”.

Bede House Director Nick Dunne, said: “We’re very grateful to London Freemasons for their generous grant, which will help us to deliver a future free from fear to women who have suffered domestic abuse. Most of our clients have endured domestic abuse for at least five years, during which time they have suffered in silence.”

Adrian Fox from London Freemasons said: “We’re very pleased to be able to help Bede House with their hugely important work providing practical and emotional support to women who have been abused, often for years. The Bede House team provide life-changing help to some of the most vulnerable people in our community.

This is another example of Freemasons supporting the London community. This donation follows on from a £375,00 donation, the first instalment of a £2.5 million funding pledge from London Freemasons to London Fire Brigade. The funding will provide London Fire Brigade with two extended height aerial vehicles.”