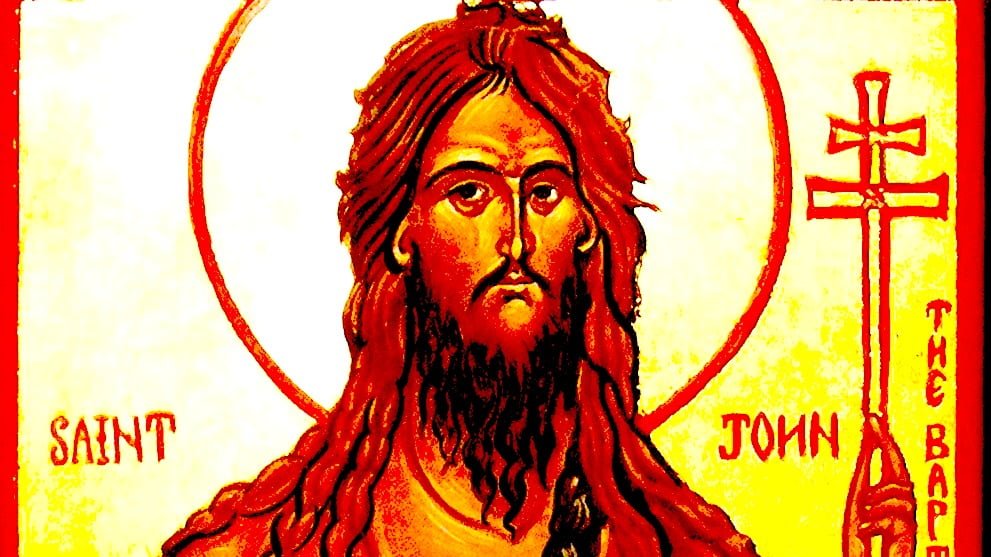 The patron Saints which were chosen for Masonry were Saint John the Baptist and Saint John the Evangelist, and their feasts are celebrated  on the days of the summer and the winter solstice.

It is not known why, when,  and by whom, these two Saints were chosen for Masonry in the place of, say, Saint Thomas, the patron Saint of Architecture, but many reasons have been advanced for the choice, one could say, in retrospect.

It is considered that the Gospel of Saint John is the most Masonic of the Gospels, if only because its central theme is LIGHT.  It portrays Jesus as the Light of the World, and His Gospel as the Gospel of Light.  Lodges were dedicated to the “Holy Saint John”, and Masons were called “John’s Brothers”, no doubt because Masonry is a quest after light.

It is a legend that, after the destruction of Jerusalem in A.D. 70, the Order, then in decline, sought Saint John, then living in Ephesus and over 90 years of age, to become its Grand Master, and he did so, saying that he had been initiated into the Craft as a young man.  While this is only a legend, the Old Charges speak of Saint John the Evangelist as a Saint of the Craft.

Saint John the Baptist makes his appearance in the history of the Craft after the Reformation, and it was on his day in 1717 that the Grand Lodge of England was formed “according to ancient usage”.

Regardless of the facts, it is fitting that the names of Saint John the Baptist, the stern prophet of righteousness, and Saint John the Evangelist, the teacher of Love, are honoured by Freemasonry.  Righteousness and Love tell the whole duty of man and a Mason.