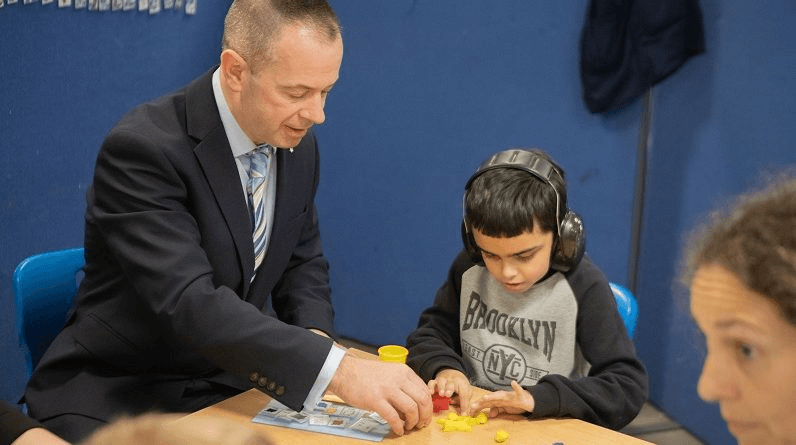 A project launch to save children’s voices was celebrated at a West London school following a donation boost from London Freemasons.

The London Masons and the Masonic Charitable Foundation donated £50,000 to Autistica to fund its research assessing the use of the Picture Exchange Communication System (PECS) at home among autistic children.

London Freemasons’ Adrian Fox visited Queensmill School in Shepherd’s Bush for the project launch as it is the leading school for autistic children.

“This is essential research that could transform the lives of thousands of autistic children and their families across the country and around the world.”

PECS is a series of picture cards and is a widely-used tool in schools to help young autistic children communicate, but this project will assess its effectiveness at home.

Parent Jo, whose son struggled to speak when he was younger, said: “We knew that intervening early was key to improving his communication skills but it felt like time was ticking to find something that worked. “There was a lot of trial and error.

I hope this research will mean other parents won’t have to face the same lack of guidance we did.”

PECS at school helps children make requests and if found to work in the home it could become part of key early intervention training for parents of children with speech delays.

The study will be led by parents of 64 young children, half with PECS and half without, who will record children’s requests via an app while a small body camera will show researchers how the children communicate.

“It’s therefore essential that we give parents and children the evidence-based tools they need as early as possible.”

The London Masons and the Masonic Charitable Foundation’s joined other donors to fund the research as more than one in four autistic people speak few or no words.