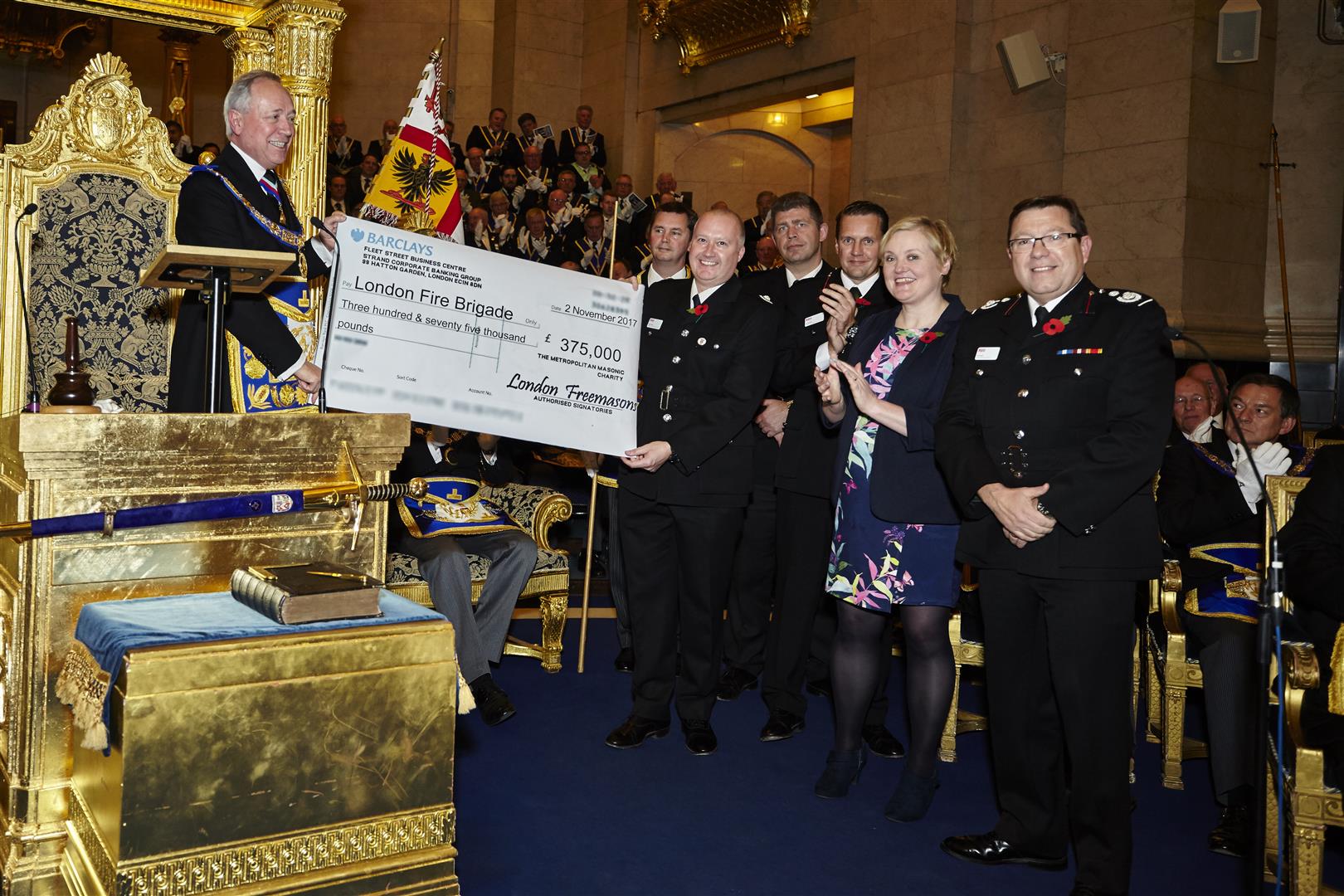 At a launch ceremony on Thursday in London’s Freemasons Hall, Sir Michael Snyder, the Metropolitan Grand Master presented the first instalment of a £2.5 million funding pledge from London Freemasons to Steve Apter, London Fire Brigade Director of Safety and Assurance.

London Freemasons approached the Brigade with the funding proposal in recognition of the dedication and professionalism it has shown in making London a safer city.

Following the event London Fire Commissioner Dany Cotton said: “We are very grateful to Sir Michael Snyder and the London Freemasons for this first donation and their commitment to raise the significant sum of money to buy such important equipment.

“It’s important that we have the most effective resources for the city environment in which we serve, so we not only have to consider the reach of our aerial appliances but whether they are agile enough to move around the capital’s narrow streets.

“This has been an incredibly busy and emotional year for everyone connected with London Fire Brigade and we welcome this recognition.”

Helping to make London a safer place to live and work

Sir Michael Snyder added: “On behalf of every London Freemason, I am delighted and pleased to announce the launch of our latest charity appeal in support of the London Community. These extended height aerial vehicles will help better equip the busiest fire and rescue service in the country.

“The appeal is the latest step in the London Masons objective to go support the London community and help make London a safer place to live and work, it follows successive appeals to purchase a state of the art Cyberknife for Bart’s Hospital, five rapid responder cars for the London Ambulance Service, and the recent two million pounds donation to help fund London’s badly needed second Air Ambulance.”

Aerial vehicles are used by the Brigade for a wide range of tasks including as aerial monitors to put water on buildings from height, high level lighting and as observation platforms. Previously aerial appliances with higher reach ladders were unavailable on a chassis size which would allow the vehicles to navigate London’s streets.

In March this year the Brigade announced a plan to upgrade its existing fleet of 15 aerial appliances and in July, as part of her review for the Mayor, the Commissioner said it would be beneficial to incorporate the new extended ladder appliances into the existing fleet.