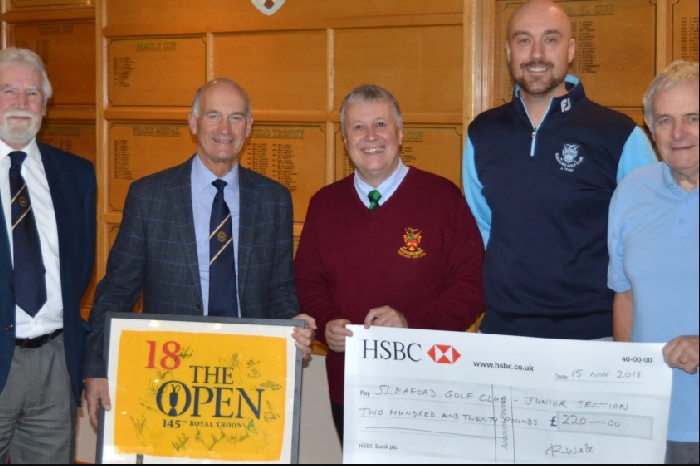 Lincolnshire Freemasons’ Golf Association has given a cheque for £220 to Sleaford Golf Club Junior Section to assist in the development of budding players.

Brother Dougie Coote of Sleaford-based St Botolph’s Lodge gave the association a flag signed by players who took part in the 2017 Open Championship at Royal Birkdale Golf Club, and tickets were sold at Association events all over Lincolnshire.

The Association was launched in 1922 as a series of matches between Lodges in Lincoln , spreading to venues across Lincolnshire and involving provinces in other counties.

Golfers interested in playing with the Lincolnshire Masonic Golf Association are invited to email Mick Wright at mickandlinda14@hotmail.co.uk