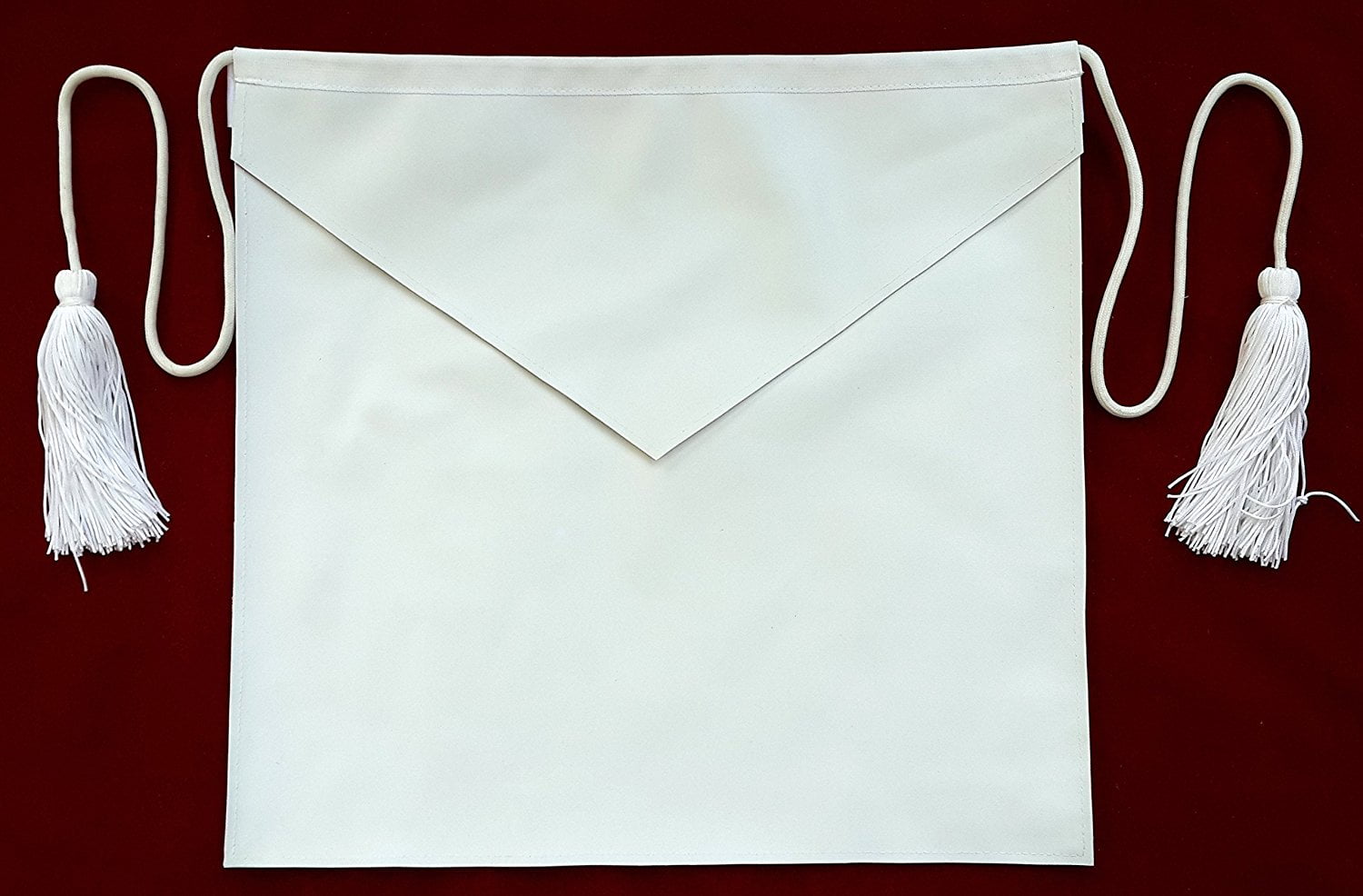 Burlingame Lodge No. 400 F&AM, Grand Lodge of California, 32° Ancient & Accepted Scottish Rite in the Valley of Burlingame. Companion of King Solomon Chapter No. 95, Frater of the Golden State College of Societas Rosicruciana in Civitatibus Foederatis.

Note: This paper is conjectural and speculative in the truest sense of the words. I am indebted to the various works of Paul Foster Case, Alphonse Louis Constant (Eliphas Levi), and the Indian sage Vivekenanda in particular for the seeds of Light they have implanted. 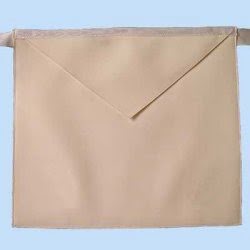 Perhaps the most universal symbol of Masonry, other than the Square & Compass or the seemingly all pervasive letter G, is that singular mark of distinction which every Entered Apprentice is first presented with –the white lambskin apron. Recognised around the globe as the distinguishing “badge” of the Mason, the lambskin apron is rich with symbolism and practical instruction for the speculative initiate of our Craft who is willing to seek more Light.

One may with great benefit look into the symbolism of the methods of wearing the apron in the three Craft degrees, each encoding storehouses of wisdom in the geometry of their folds; similarly, the various designs of the aprons from the Higher Degrees of Scottish Rite, York Rite, and other Masonic traditions which all contain a wealth of symbolism encoding wisdom from Kabalistic, Hermetic, and Alchemical traditions. However, in this paper I propose to look only to the simple wisdom written into the white lambskin apron itself, which encodes a doctrine of esoteric significance based upon Hermetic Kabala.

We can gleam some level of insight by looking at the presentation of the apron from the ritual of the Entered Apprentice. The monitorial lecture informs us that “the lambskin, or white leather apron” is an emblem of innocence, and the badge of a Mason; more ancient than the Golden Fleece or Roman Eagle; more honorable than the Star and Garter, or any other Order that can be conferred upon you at this or any future period, by King, Prince, Potentate, or any other person, except he be a Mason, and which I hope you will wear with pleasure to yourself and honor to the Fraternity.

Furthermore, the monitorial lecture of the second section adds on the “Badge of a Mason”:

The lamb has in all ages been deemed an emblem of innocence. He, therefore, who wears the lambskin as a badge of Masonry, is thereby continually reminded of that purity of life and conduct which is essentially necessary to his gaining admission into the Celestial Lodge above, where the Supreme Architect of the Universe presides.

The first layer of instruction within the white leather apron is that of the moral teaching implicit in the Craft degrees. It is clear then that this emblematic device of the Craft represents innocence, honor, and the purity of life which is necessary for admission into the “Celestial Lodge.” Masonry instructs us that it is a “system of morality veiled in allegory and illustrated by symbols.” It has further been defined as a “science which is engaged in the search after the divine truth.”(Mackay). Both of these may be seen as indicators of the ethical structure of Masonry. A simple layer of interpretation of the white apron indicates that its placement at the waist is to purify the sexual instinct of man, which if left unchecked, has more often than not resulted in errors of thought, word and deed. Thus the purity alluded to with the color and placement of the apron has a practical, ethical instruction.

We have already seen that white is a symbol of purity. This color also represents the primal Godhead, which in the Kabala is referred to the sephira Kether, “the Crown.” The white apron is worn at the position of the svadhisthana chakra, hermetically associated with the planet Mars in its night house of the astrological sign ofScorpio. This refers to the occult Mars Force, which in Hindu yogas is represented as the coiled serpent of Kundalini which is said to lie dormant at the base of the spine. This mars force, or kundalini, is the life force, that creative energy which is the very source and manifestation of life, and manifests naturally as the procreative power. On the Tree of Life, this is referred to the sephira Yesod, the Foundation. The fact that the apron is white indicates that this force, which is natural, is to be purified and consecrated to the work of spiritual illumination; in short, it is to be dedicated to the service of the Divine, symbolized again by the white color acting as a “shield” at the position of the procreative center. This interpretation is not a call for abstinence, but rather for a disciplined and focused channeling of the procreative urge. This focus has been termed occult chastity, in which the procreative urges are dedicated to illumination, or to Deity.

The apron is traditionally made of lambskin, which may be associated with the astrological sign of Aries.Aries is the day house — the illuminated position — of the planet Mars, even as Scorpio is the Night house or unilluminated position. The sign of Aries is associated with the head, and in the Hindu yogas with the sahasara chakra or thousand and one petaled lotus. Kabalistically this again refers to Kether. The lambskin apron thus shows that the serpent power, represented by Mars and residing in the genital region in its natural (or “night”) state, is to be lifted up towards the Crown (the illuminated or “day” state) by means of purification and consecration, resulting in spiritual regeneration and illumination. It is the work of the initiate to so purify and exalt this primal mars force, raising the kundalini up the spine so that the force enters the cranium, resulting in spiritual consciousness. This is the work of regeneration, the Great Work of spiritual attainment. This may be seen as the symbolic creation of the Hexagram, or the Macrocosm.

It is through application of morality, in addition to the spiritual regeneration and redirection of the Mars force, that one may truly enter into that Celestial Lodge above, the majesty of the Divine which in the Kabala is Kether, the Crown. Knowledge of the esoteric significance of the apron acts as the initiated Key to unlock this Mystery of spiritual regeneration. It is then up to the individual Mason to so apply the Working Tools of our Craft to his physical, emotional, mental and spiritual vehicles that the Light of the Celestial Lodge may indeed radiate into the Sanctum Sanctorum of the Master Mason’s heart.