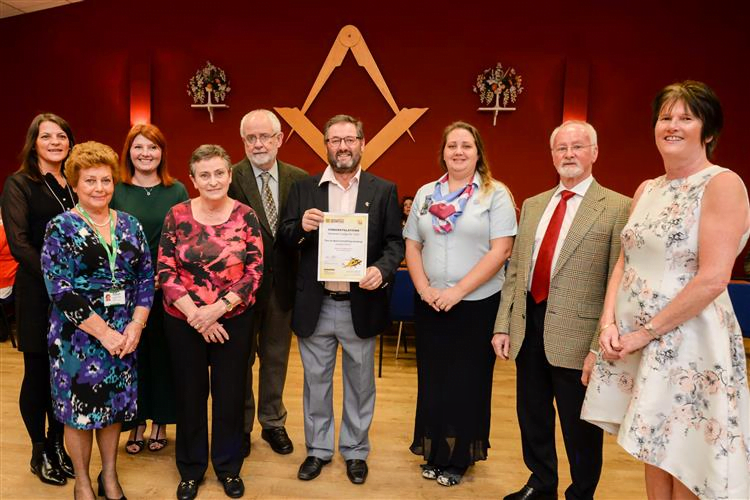 Representatives from each of the organisations attended an event at the Bourne lodge in Roman Bank on Saturday evening where they received a bumper donation of £750.

Charity steward Derek Bantoft said: “We wanted to make a big splash in terms of our charity donations to mark our 150th anniversary.

“Charity is one of the three main principles of the freemasons along with friendship and truth.”

The group has published a history of the lodge dating back to its inaugural meeting on Monday, November 9 1868 at the Angel Hotel in Bourne.

Mr Bantoft says that historically the activities of freemasons were shrouded in mystery, leading many people to believe it was “something sinister” but today the groups are more open.

The Hereward Lodge is a men-only group which “takes good men and makes them better men”. It has a strong focus on charity and helping the community.

A handful of new members join each year with a traditional ceremony based on its roots as a type of union for stonemasons.

Mr Bantoft added: “I love being part of it.”